The rustic master politician insists in his autobiography that he has been wronged... 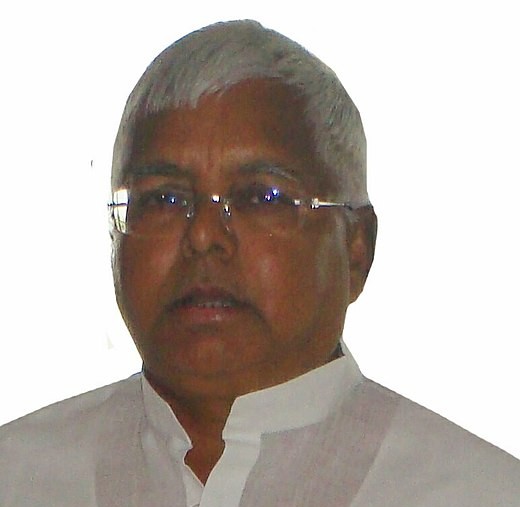 Few politicians in independent India have aroused such conflicting emotions as Lalu Prasad Yadav, the rustic, irascible, hilarious, ever-ready-for-a-scrap and convicted-for-corruption master politician. Twenty years ago he was the chief minister of Bihar. Today he is a convicted criminal, unable to contest an election. Mr Yadav is in a class by himself.

He tells his story in impeccable English made possible by his co-author Nalin Verma who once worked for this group. Sonia Gandhi, Manmohan Singh, Mulayam Singh Yadav, Mamata Bannerjee and Sharad Pawar have endorsed his book which, truth to tell, sounds rather like a farewell-to-arms. It might have been even better, though, if he had asked Nitish Kumar also to say something on the back cover. They were once comrades but are hated rivals.

Mr Yadav’s story is simple, namely, that he has been wronged by political adversaries who have always hated his success. He says he is honest to the core and utterly and completely dedicated to the cause of the poor. He also says that he is devoted to the cause of secularism, hates the BJP and loves the Congress, and that, in the end, history will judge him less unkindly than contemporary India has done.

There is very little of childhood and even less about his parents who surely had the measure of him. His father wanted him to be a doctor. His mother once told him that he had been rescued by a ghost. His elder brother Gulab Rai had a peculiar illness which would cause him to die and revive at the cremation ground. This happened several times.

Mr Yadav once threw of bag of heeng (aesofetida) into the village well and was banished by his parents to Patna to stay with his elder brother who was a chaprasi in the veterinary college. He attended middle school there and when the time came to move up to high school during the admission interview he narrated a dialogue from an AIR radio serial.

It said, in the local language of course, that women don’t have moustaches because they talk too much and that makes the hair fall off and that men go bald because their hair falls off as they use their brains too much. He was also given a scholarship. When he became CM he changed the name of the school to an Indian one.

He briefly tells how he met his wife Rabri Devi and about their marriage etc. But there’s nothing at all about the nature and texture of their relationship. That could well have been because he had become a student politician in Patna and a VIP in his own eyes, and she was just a village rustic. There probably isn’t much to say. There was however much to do. They produced nine children.

The book trots along at a steady pace about his political career. We are taken through his whole political career and in a one-damn-thing-after another style. We meet many characters who have made it big now – Sushil Modi and Ravi Shankar Prasad and of course Nitish Kumar. Other than to keep saying they were all out to get him, he doesn’t say much about his contemporaries. This failure to provide little pen portraits of them is a major shortcoming of this book.

When the United Front government was formed in 1996, Mr Yadav was a major political force. He even helped decide who the prime minister would be. Then he spoilt it all by asking the PM, Inder Gujral, to withdraw the corruption cases against him. When that didn’t happen he helped the Congress pull down the government in 1998, paving the way for six years of a BJP-led government. But Mr Yadav doesn’t tell this story.

In 2004 when the Congress came to power he was rewarded with the highly coveted rail ministry. He managed to hugely improve its performance by carrying more freight. And he played to the gallery by not raising passenger fares throughout his term, or very little. He thought it made good political and economic sense to cross-subsidise people with goods.

As he reaches the end of his story Mr Yadav’s thoughts turn to which of his children will inherit his party. It doesn’t occur to him even for a moment that it could be someone from outside it. “Parents are, after all, duty bound to help their children,” he says. It soon becomes clear that his younger son, Tejaswi, is his choice. Nearly 10 pages are devoted to the virtues of this boy who also played cricket till he was forced to take up something that is the opposite of cricket – politics.

The book ends on a forlorn and fatalistic note when he says he has been in and out of both hospitals and prison and the future is now in the hands of the Almighty. The chapter, however, is titled ‘Abhi toh main jawan hoon’ (I am still young.’)

Rajat Gupta’s memoir is the biggest gamble of all