Don’t see face of the leader, identify forces behind him: Rahul Gandhi

Congress leader asserted that he would neither lie to the people nor make false promises, even at the cost of electoral dividends 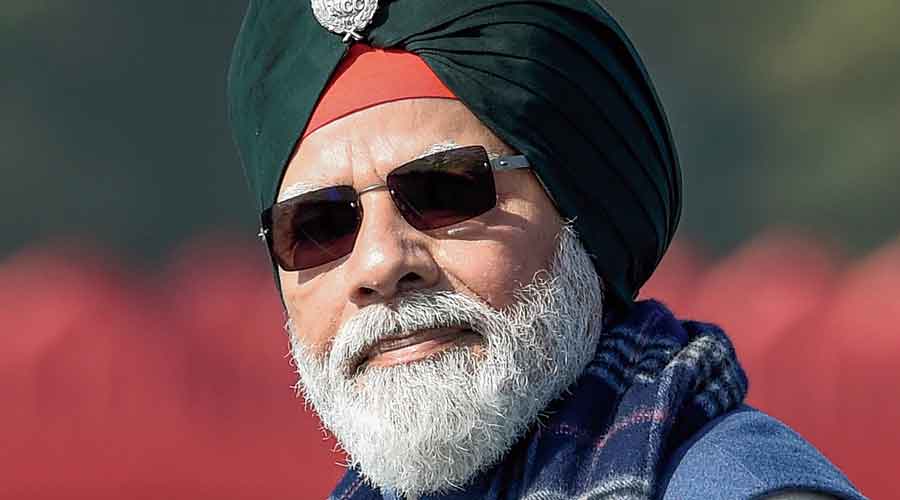 Leaders should not be judged by their faces or personal charisma but by the nature of the forces they represent, Rahul Gandhi said on Tuesday.

“Don’t see the face of the leader. Identify the forces behind him. Judge him on what actions he takes, not on his words. Why did Narendra Modi take the notebandi (demonetisation) decision? For the poor? No. Try to see the hidden forces behind the leader. If you understand this power game, you will be able to understand politics,” the Congress MP told an election meeting in Punjab’s Rajpura.

“You see, Modi wears good clothes, gives good speeches. But see what kind of forces are behind him. Why were the farm laws brought? Why was Modi silent when 700 farmers died? Why were lakhs of farmers forced to protest on the road for more than a year? Because of the forces who wanted to snatch what belonged to the farmers. Three-four industrialists, who set their sights on the agriculture trade.”

Rahul asserted that he would neither lie to the people nor make false promises, even at the cost of electoral dividends. He insisted that his politics was different from that of Prime Minister Modi, whom he accused of working for crony capitalists.

The Congress leader cautioned against taking politicians at face value. “The farm laws were brought for the same forces for whom notebandi was done, the same forces that compelled Modi to introduce the flawed GST. Understand the nature of the battle. Farmers, workers, small businesses can’t do marketing for Modi on television. See how much time Modi and (Arvind) Kejriwal get on TV and how much time Rahul Gandhi gets. You will understand the game,” the Congress leader said.

Rahul recalled how he had pleaded with the government to prepare itself for the pandemic and the economic slide but Modi continued with the “politics of deception”, indulging in false propaganda instead of working for people’s welfare.

Addressing another rally at Mansa, the Congress leader said: “Politics is not about faces. The politics of a leader is decided by the hidden forces that don’t come to the front. You should know that Modi doesn’t have the power of the poor, farmers and workers behind him. He draws sustenance from his capitalist friends. Farmers wouldn’t have suffered in extreme weather if Modi had cared for them. Who fought for the Land Acquisition Act? The Congress. Who brought the MGNREGA? The Congress. Because the forces behind us are the poor.”

Rahul also took on the Aam Aadmi Party (AAP), which appears to be the principal challenger to the ruling Congress in Punjab.

“See the forces that Kejriwal represents. There are 20 cases against me but have I apologised? Kejriwal levelled allegations on drugs and apologised. Why, explain to me why did Kejriwal apologise? What forced him to do this?” Rahul said.

Delhi chief minister and AAP chief Kejriwal had blamed Akali minister Bikram Majithia for the drugs trade in Punjab and tendered an apology when faced with a legal notice.

Pointing to how Kejriwal ridicules chief minister Charanjit Singh Channi, Rahul said: “Why can’t a Dalit from a poor background become chief minister? Was making him chief minister a mistake? We want our chief minister to have the power of the poor behind him, not the backing of industrialists.

“Guru Nanak Dev had warned against arrogance. Channi has zero arrogance. Did you see Amarinder Singh embrace a poor? I haven’t seen. Channi is always amidst the poor.”

Rahul said the Congress removed former chief minister Amarinder when his “nexus” with the BJP came to the fore.

“I told Amarinder Singh to reduce power tariff in Punjab. He referred to contracts with power firms. I said don’t you have a contract with the people of Punjab? Whose chief minister are you? I told Channi to reduce the tariff and he immediately did it. He didn’t give the contract excuse. Over 20 lakh families were given relief worth a cumulative Rs 1,500 crore,” Rahul said.

He pointed to the steep prices of petroleum products. “Prices of crude oil in international markets crashed but Modi didn’t give relief to the consumers. Prices of petrol, diesel and cooking gas cylinders kept soaring. Who gained? The consumers who buy petrol for scooters? No, the same forces who are behind Modi.”

Insisting that Channi wasn’t representing these forces, Rahul said: “What the Punjab chief minister has done is just the beginning. He is going to smash monopolies in Punjab in the interest of the people. Three monopolies (of Akali Dal leader Sukhbir Singh Badal) in cable TV, transport and sand will be broken.”

One of the major grudges against former chief minister Amarinder was that he didn’t act against Badal’s allegedly illegal businesses. Rahul suggested that similar forces backed both Badal and Amarinder.