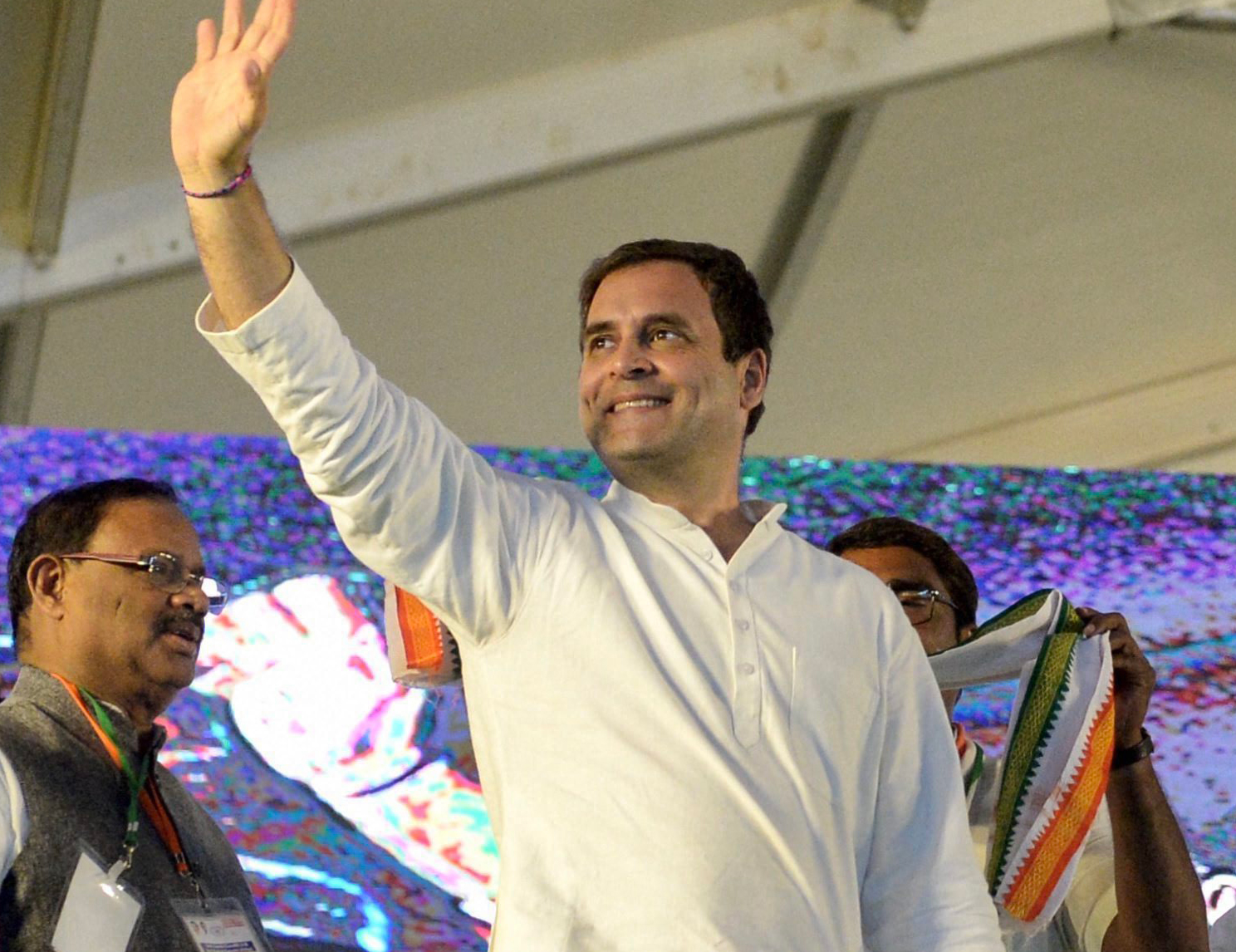 “C.P. Joshi-ji’s statement runs contrary to Congress principles. No party leader should make any statement that can hurt the feelings of any community. In keeping with the party’s principles and respecting workers’ sentiments, Joshi-ji will surely realise his mistake. He should express regret for his statement,” Rahul tweeted in the morning.

Joshi soon complied. “Respecting the principles of the Congress party and the sentiments of party workers, I feel sorry if my statement has hurt the feelings of any section of society,” he tweeted in Hindi.

A video had emerged overnight of Joshi addressing a small gathering in which he appeared to take the BJP to task for mixing religion with politics and for projecting itself as the custodian of the Hindu religion.

The comments are being seen as another own goal by a Congress leader in election season — it is often said of the party that it needs no enemies and itself does the job of one rather well.

Rahul, who is on the campaign trail, was prompt with his reprimand but the BJP insisted that the expression of regret was not enough. The party, not known to act against leaders making hate speeches, demanded Joshi’s immediate expulsion.

“Shameful statement by Congress leader C.P. Joshi. Implies what does a lower caste person like Modi know about Hinduism as only Brahmins are true custodians of Hinduism! #ShameCongressShame,” tweeted the BJP’s IT cell chief, Amit Malviya.

But the BJP was not as shrill as it usually is, possibly worried about upsetting the Brahmins, who appear to have turned lukewarm towards the ruling party.

Joshi is not the first Congress politician this election season to provide the BJP with a stick to beat his party with. Last week, party MP Shashi Tharoor had gifted the BJP such an opportunity, saying: “If today we have a chaiwala as Prime Minister, it is because of Nehruji.”

Modi seized on the comment, hitting out at the Nehru-Gandhis.

In the last election outing in Gujarat, Mani Shankar Aiyar – whose “chaiwala” remark about Modi hit the Congress prospects in 2014 – scored an own goal by calling the Prime Minister “neech kisam ka aadmi’’. He was suspended for his “neech aadmi” comment but it was revoked in August this year; a point highlighted by Malviya today.