The owner of the car used in the blast has taken the name of Afzal Guru, who was hanged for the 2001 Parliament attack 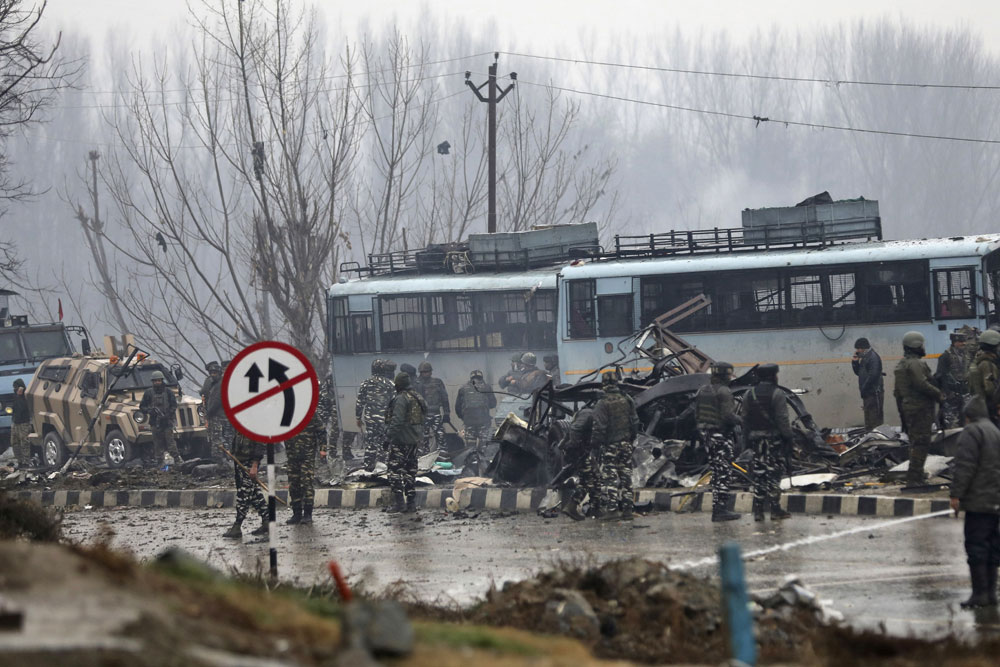 Indian paramilitary soldiers stand by the wreckage of a bus after the suicide bomb explosion in Pulwama.
AP
Our Special Correspondent   |   Srinagar   |   Published 25.02.19, 10:22 PM

The owner of the vehicle used in the Pulwama blast has been identified and he appears to have joined the suicide squad of the Jaish-e-Mohammed that claimed responsibility for the massacre, the National Investigation Agency said on Monday.

A social media picture cited by the agency suggests that Sajjad Bhat, the alleged owner in his twenties, has taken the name Afzal Guru, who was hanged for his role in the 2001 Parliament attack.

A Maruti Eeco, a multi-purpose vehicle, was used in the blast, the NIA said. The vehicle was allegedly driven by Adil Ahmad Dar.

An NIA spokesperson said the car exchanged hands seven times before it reached Sajjad, a resident of Anantnag’s Bijbehara, on February 4, 10 days before the blast.

Sajjad’s house was raided on February 23 but he was not there, the spokesperson said. Police sources said he had studied at a seminary in Shopian.