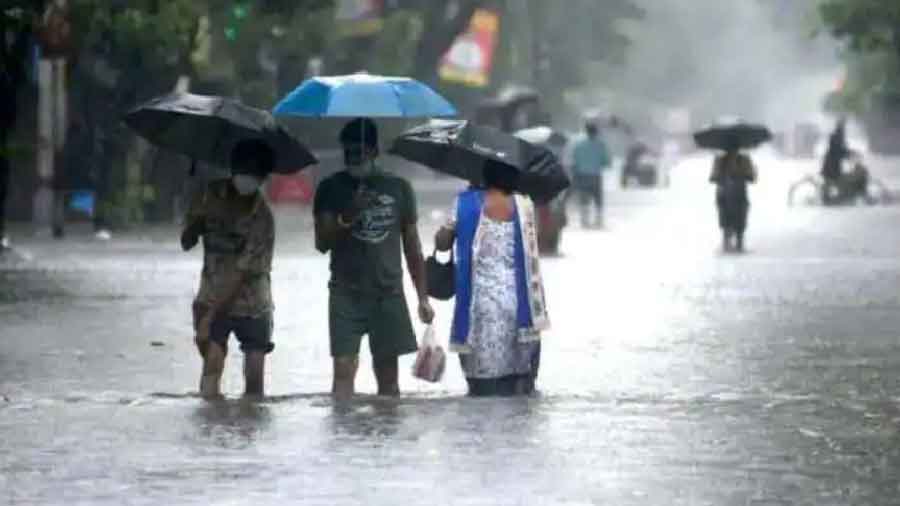 With torrential rains in Bangalore exposing its infrastructure woes, sitting legislators from the city and their political parties seem to be a worried lot over the electoral prospects, amid fears of anti-incumbency and public angst turning against them.

Assembly polls are barely seven months away, and elections to the city civic body the Bruhat Bengaluru Mahanagara Palike (BBMP) are expected later this year.

The downpour and deluge caused by it resulted in large-scale destruction and misery, affecting the normal life of people, with some complaining that the "brand Bengaluru" has taking a hit.

The famed IT industry bore the brunt of the rain fury; there seems to be palpable anger among a section of citizens who felt let down by the political class during the crisis.

According to some political observers and party insiders, this fear seems to be more within the ruling BJP, as the state government is being directly held responsible for the mess, in the absence of the city civic body's elected council.

Also, 15 of the 27 MLAs from the BBMP limits are from the party, with seven of them being Ministers in the cabinet.

Though the Congress has the luxury of blaming the ruling party for the situation and may not be in the direct line of public anger, the grand old party with 11 MLAs may have to bear their share of responsibility, having governed the city and the state for decades in the past.

Also, several Congress legislators from the city are those who have served as MLAs and Ministers in the past, and there might be an anti-incumbency factor against them.

Political analyst A Narayana from the Azim Premji University said in his opinion such events may have more political implications on BBMP elections than the Assembly polls, as in the latter other issues and emotive topics may come to the fore. However, in general, the going will be tough for the ruling party as it will be in the direct line of public anger.

"Also the question will be as to who will take advantage of it, and I think of all the parties AAP and any other newcomer will be in a better position to take advantage than the traditional players...the Congress will be on the defensive. As the ruling BJP will be held responsible for the misery, naturally (the Congress) too owes some explanation for the situation, having been in power in the past," he said.

Regarding the implication on the Assembly polls, Narayana said all that we can say for now is that some kind of anti-incumbency is slowly building up and this rain and flood-related damage will further contribute to it. Also in the Assembly elections it will be on candidate's popularity in some constituencies, it will be on the party's name in a few and the combination of both in others.

With growing public anger, a political slugfest has erupted between the ruling BJP and the opposition Congress in the state, blaming each other for the city's infrastructural mismanagement.

Chief Minister Basavaraj Bommai himself led the charge for the BJP blaming the previous Congress governments' 'maladministration' for the deluge.

He has accused the grand old party of giving permissions for construction activities "right-left-centre" in the lake areas, on tank bunds and buffer zones, during its regime.

Hitting back, Leader of the Opposition Siddaramaiah, accusing the ruling BJP in Karnataka of trying to shift blame on the Congress to hide its failures, urged the government to come out with a white paper regarding clearing of encroachments on storm water drains in the city, as he claimed that "brand Bengaluru" is getting affected.

State Congress Working President and senior MLA Ramalinga Reddy feels the rains and infrastructure woes that Bengaluru witnessed will negatively impact the ruling BJP, and if people truly analyse and compare with the Congress' tenure it should benefit the grand old party, considering the work it did while in power.

"The issue here is not rain; rain is natural, no one has control, but how the government acts is important as there will be issues like potholes, public infrastructure, also corruption, all this will factor in," he said.

People should compare how the Congress responded to such a situation and worked for the development of the city and what the current government is doing, Reddy said, adding that his party will launch a public and social media campaign to inform people.

"People should understand how important the development agenda is, instead of going for 'hijab', 'halal' and other emotive issues that are irrelevant," he added.

Meanwhile, BJP state General Secretary N Ravi Kumar said the issue will not have any impact on the electoral prospects of his party, and that they will efficiently counter Congress' narrative and attempt to blame the J P Nadda-led party for the mess.

"There will be no change in our electoral prospects... see constituency-wise, other than Mahadevapura and Bommanahalli that were largely affected, there was no major impact of rains and floods in other constituencies...did our MLAs in these two constituencies Arvind Limbavali or Satish Reddy create this problem? It (rains) was nature's fury," he said, '' the government is working to restore things and no one should politicise it.

Regarding encroachments, let there be debate on which government did how much towards clearing them, he said. "Let them (Congress) say how much they had cleared during their tenure, we will see how much we did in three years. Ramalinga Reddy himself has admitted they could not do much on clearing encroachments. Who was behind encroachments, gave permissions- whether from the Congress or BJP- let the truth come out. We are ready to debate it factually."

Following rains and floods in Bengaluru and other parts of the state, the BJP postponed all its programmes like state executive meet, office-bearers meet and tour of party leadership to 104 constituencies, and directed all its legislators to remain in their constituencies and work towards addressing concerns of people, Kumar added.

Recently, Bengaluru South Lok Sabha MP Tejasvi Surya was trolled and was criticised by a section of social media users, and Congress accusing him of relishing dosa and promoting an eatery in his constituency, when the many parts of the city were reeling under torrential rains and floods.

Though most tweets targeted Surya, a few questioned two other MPs from Bengaluru- Sadananda Gowda (North) and P C Mohan (Central), who are also from the BJP. There were also several tweets blaming the city's MLAs and political class for the mess.