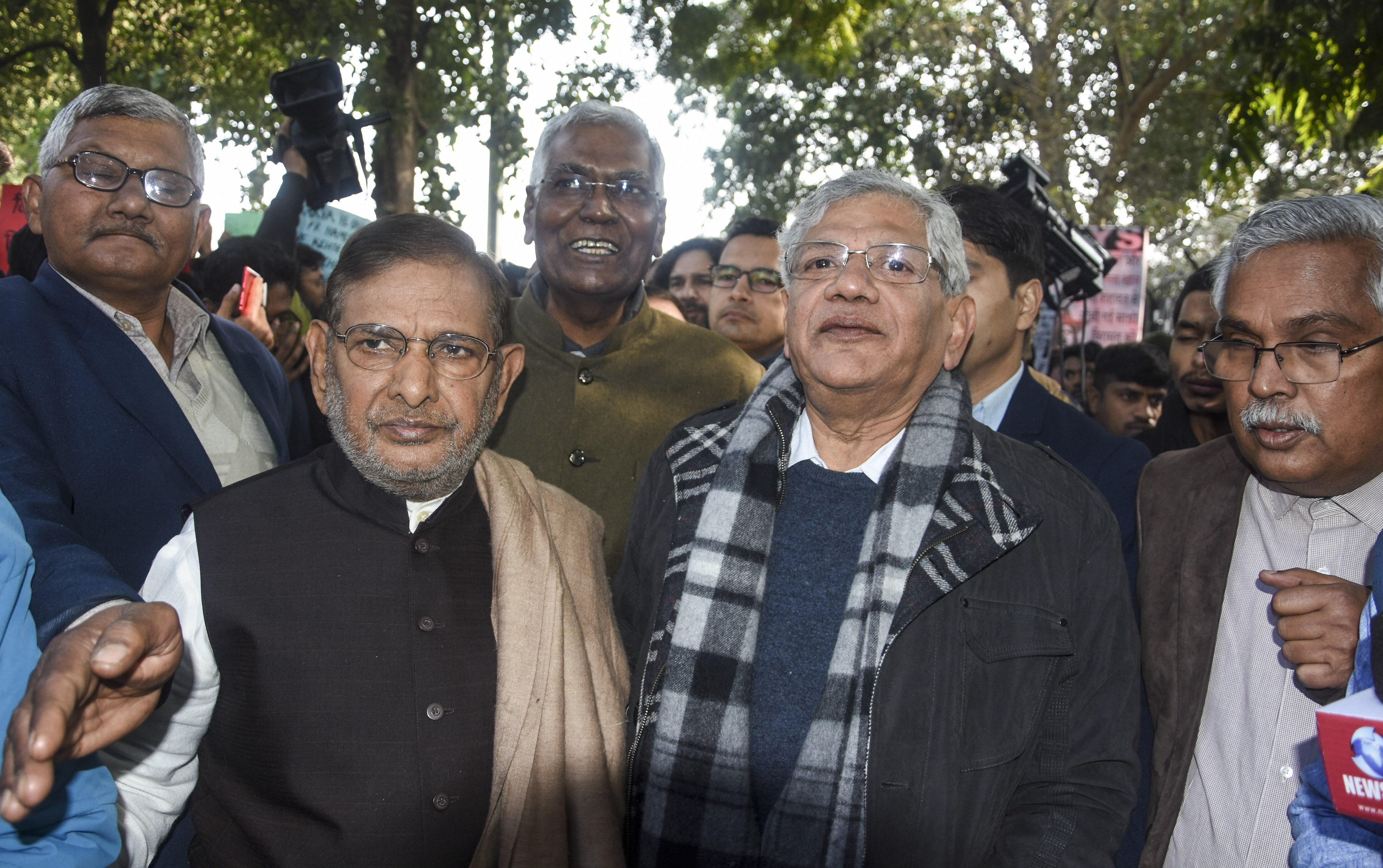 Hundreds of demonstrators, including students and members of civil society organisations, hit the streets on Thursday protesting against the recent violence at JNU and demanding resignation of the varsity's vice chancellor M. Jagadesh Kumar.

The protesters, carrying placards and banners, started a march from Mandi House towards the HRD ministry. Slogans of 'Halla Bol' and 'Inquilab Zindabad' filled the air as they waited for JNU students to arrive at the protest venue.

JNU students and teachers, heading to Mandi House for the protest march, were stopped by police at the varsity's main gate, the students said.

However, the police denied the claim and said the students were being allowed to board the buses they had booked to reach the protest venue in central Delhi.

Banners with messages such as 'No CAA, No NRC', 'Ban ABVP from university campuses', 'Reject Violence', 'Education is not a commodity to be bought or sold' dotted the swelling crowd that demanded strict action against those involved in the campus violence of January 5 that left more than 35 injured.

'People have started speaking up and that is what these people are not able to take. They are manufacturing stories that the protests have nothing to do with students or workers but are political,' Brinda said, referring to the ruling BJP government.

Yechury said, 'For three hours, people wearing masks beat up varsity students. They entered the campus with the police being present at the main gate.'

Alleging that the incident could not have happened without the vice chancellor knowing about it, he said, 'The VC has to go'.

In view of the protest march, a heavy deployment of security personnel was placed at the venue.

On Sunday, a mob of masked men stormed the campus and targeted students in three hostels, unleashing mayhem with sticks, stones and iron rods by hitting inmates and breaking windows, furniture and personal belongings.

The JNU Students' Union has been demanding a rollback of the hostel and mess fee hike and had boycotted the registration process for the next semester.