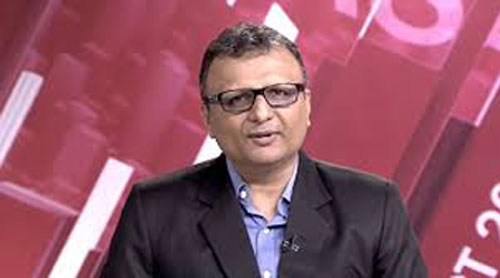 The Prasar Bharati board on Thursday decided to end its subscription to the country’s largest news agency, Press Trust of India, a move that it said was a commercial decision but is widely believed to have been hastened by differences over the wire service’s handling of news.

The United News of India too got the axe as part of the review of the public broadcaster’s relationship with the country’s oldest news agencies after differences arose over the annual subscriptions.

According to Prasar Bharati officials, the board at its meeting on Thursday decided to call for fresh proposals for a digital subscription and related multimedia services from all domestic news agencies.

Both PTI and UNI are “free to make fresh proposals to Prasar Bharati”, the public broadcaster’s CEO, Shashi S. Vempati, tweeted in response to the charge that ending PTI’s subscription was another attack on press freedom.

This is the first time that the CEO has responded to such criticism, kicked off by Prasar Bharati’s June letter to PTI warning the agency with ending the subscription to its news feed for coverage that was “detrimental to national interest”.

The June letter had been sent after PTI interviewed the Chinese ambassador to India, Sun Weidong, and his Indian counterpart in Beijing, Vikram Misri.

The interview with Sun apparently angered the government because it offered space to China in the media. As for the Misri interview, the agency’s initial tweets on it attributed a comment to the ambassador that contradicted Prime Minister Narendra Modi’s claim that no one had intruded into Indian territory.

While this purported comment by Misri was not included in the copy that was released for use, PTI did not withdraw the initial tweets. Nor did Misri or the external affairs ministry deny that he had said so.

The warning letter to PTI was sent by the Prasar Bharati News Service — a recently formed unit of the public broadcaster — although the biggest consumers of the feed within the organisation are All India Radio and Doordarshan.

The subscription fees were an issue with UNI too. After the expiry of the last three-year contract with the two agencies in 2015-16, Prasar Bharati had insisted on a service-based rationalisation of the subscription formula but both PTI and UNI wanted to continue with the years-old mechanism of a consolidated payment.

Since then, Prasar Bharati has been holding back about 25 per cent of the subscription fees to either agency pending a resolution of the issue. There is no clarity now about how the subject of dues will be addressed or whether the two agencies will challenge the decision. Neither agency had commented on the developments till late Friday evening.

Speculation has been rife that the government is targeting PTI in particular to make space for its preferred agency — Asia News International — and Hindustan Samachar, which has been revived since the Modi government came to power in 2014.

That ANI, which specialises in audio-visual content, is the government’s favourite is evident from the way it gets to air the Prime Minister’s speeches in preference to Doordarshan.

Ever since the lockdown began and news conferences went online, this feed has been available live on YouTube and ANI but not on Doordarshan, which used to have almost exclusive rights to such broadcasts from the government.