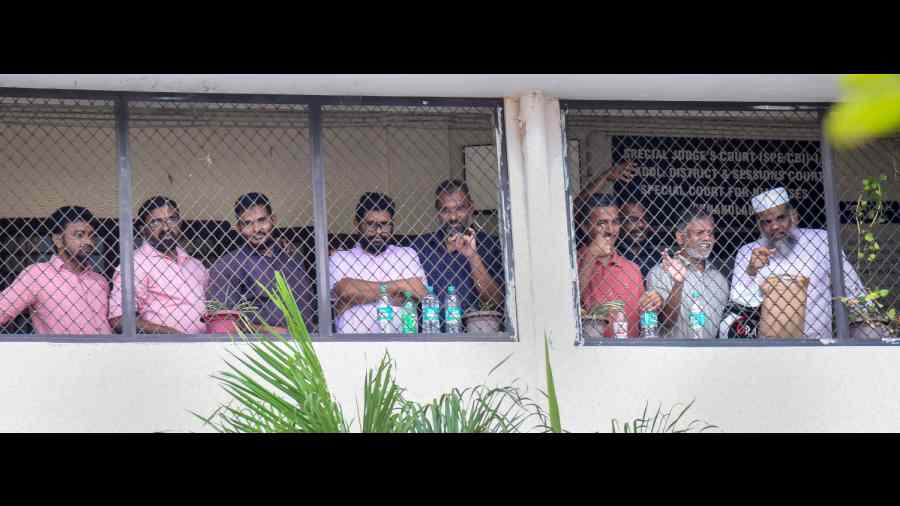 The possible electoral impact of the ban on the PFI in poll-bound Karnataka has sparked debate in political circles as its associate political wing SDPI, which has not been outlawed, is still relevant in certain constituencies with the significant presence of the minority community.

With the Union government imposing a ban on the Popular Front of India (PFI) and several of its associates for their alleged terror activities, its political implications in Karnataka, where Assembly elections are just months away, are bound to be keenly watched.

The now-banned PFI along with its associates like the political offshoot Social Democratic Party of India (SDPI) and students' wing Campus Front of India (CFI) have been making their presence felt in the past few years, among the Muslim-dominated areas of the state, especially in the coastal belt.

The SDPI has over 300 public representatives in various local bodies and has been trying to make inroads into several assembly segments.

It remains to be seen whether the ban of its parent organisation will weaken the SDPI or will it be able to further consolidate its voter base.

Many in the political circles are of the opinion that further consolidation of Muslim votes in favour of SDPI is likely following this ban, at least in the pockets where it has base, which may turn out to be detrimental for the Congress that is aiming to wrest power from the BJP in the state.

Muzaffar Assadi, chairperson, Department of Political Science at University of Mysore, said the ban may push the SDPI to contest more seats to consolidate the vote base, with "victimisation" of the community as an argument.

In the seats that the SDPI would be contesting, this would have a "cascading effect" on the electoral outcome as they will divide the Muslim votes vis-a-vis the Hindus, which could help the BJP and affect the Congress, Assadi said.

However, he pointed out that the electoral implications of the ban is likely to be limited by and large to the coastal belt and possibly a couple of other constituencies where the "conflict with the right-wing is very sharp".

"PFI is not a big power to be reckoned with in the rest of the state...also, the argument of victimisation would be saleable only among lower and upper middle class," he added.

Political analyst A Narayana from Azim Premji University too said that in case a Muslim mobilisation happens in favour of SDPI on the ban issue, it will prove damaging to Congress in certain pockets and advantageous for the BJP.

There are some opinions that the ban on PFI may weaken the SDPI, and that it may turn out to be good for the Congress, as Muslim votes that were getting split in several constituencies, will be back in its favour.

However, both Assadi and Narayana don't buy this argument, citing that there is no ban on recruitment of SDPI cadres, and in case the consolidation happens, PFI's sympathisers will certainly join its political wing and work for it.

Some analysts said BJP will project the ban, and underline that the party kept up its promise of taking strongest possible action against "anti-national forces". It will certainly try to harp on the nationalistic sentiments to turn the table in its favour, the analysts opined.

Assadi alleged that the party in power -- the BJP -- has used the ban as a method to reconsolidate the Hindu votes vis-a-vis the Muslim votes.

According to Narayana, the ruling BJP will certainly use the ban to project itself to be the only party which is very decisive in taking action against forces such as PFI.

He further said, the ban also seems to have served two purposes to the state BJP for now -- one is to strengthen its narrative that Siddaramaiah (Congress leader and former chief minister) is "anti-Hindu" and Congress is pro-Muslim and soft on terrorism, by blaming them for the growth of PFI under their rule. The second one is to divert the attention of the people at the time when the 'PayCM' campaign of the Congress, targeting Chief Minister Basavaraj Bommai over corruption charges, was getting some traction.

The BJP has for long been blaming the Siddaramaiah-led Congress government that was in power between 2013-18 for the growth of PFI in the state, and have accused the then chief minister of withdrawing cases against the now-banned Islamist outfit.

Meanwhile, a leader of SDPI in the state while expressing confidence about the party having its legislators in the next assembly, said people have goodwill and sympathy towards the party and it will definitely benefit them.

Speaking to PTI, BJP leader and state Energy Minister V Sunil Kumar said his party and the government never saw the ban with a political angle, but the decision has given confidence to its cadres.

"It has given confidence to our workers, who were earlier feeling that no one was able to control religious violence against them. They now feel that our government is able to do it...electorally or politically what happens, we have to see as to what happens on that side. Whether they go to SDPI or Congress, but we (BJP) never saw it politically," he said in response to a question.

After incidents of "communal" murders including that of BJP activist Praveen Nettar in Dakshina Kannada district in July, it had triggered widespread protests and a spate of resignations by some of its Yuva Morcha members in various places across Karnataka, accusing the state government of not standing up to protect the lives of Hindu 'karyakartas'. Kumar too had then faced the brunt of their ire.

Congress MLA Rizwan Arshad termed the ban on PFI as an "eyewash" to satisfy the BJP cadre, and said it won't make any big political difference.

"If the government has concrete evidence and they have taken a decision to ban, what about their political wing (SDPI)? How are they contesting elections?" he asked,

"When it comes to state elections, SDPI won't be able to cut much ice. It doesn't make any difference to us politically. Assembly election will be a direct fight between Congress and BJP," the Congress leader said.