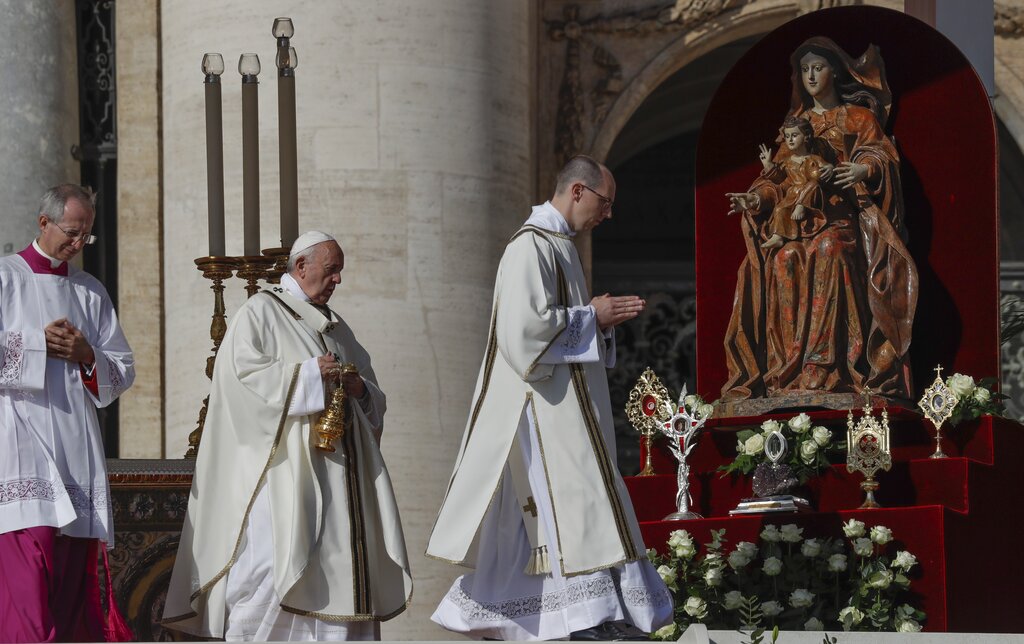 The Vatican has rejected an appeal filed by a Kerala nun who was expelled from her congregation after she came out in support of a nun who was allegedly raped by a bishop.

Sister Lucy Kalappura from the Franciscan Clarist Congregation (FCC) on Wednesday received a letter from the Vatican representative in Delhi informing her of the rejection of her appeal.

The letter signed by Archbishop Giambattista Diquattro, the Apostolic Nuncio of Vatican in Delhi, stated that the appeal had been rejected but she could file another appeal to the supreme tribunal in Rome.

The congregation had expelled the nun on August 5 for her “lifestyle” that was allegedly in violation of the congregation’s norms.

Among the charges levelled against were the purchase of a car and driving it, publishing poems and appearing on television shows without the Church’s consent and supporting the nuns’ campaign against Bishop Franco Mulakkal, who was eventually arrested and released on bail.

The rejection from the first appellate authority came at a time Sister Lucy fighting a tough battle against the Church.

“They (the Vatican mission) send an open letter to my congregation’s superior general who then handed it over to me yesterday. It was not even in a proper sealed envelope,” Sister Lucy told The Telegraph on Thursday.

“The Vatican has strictly followed the canonical law that stipulates that it should respond within two months of the appeal being filed,” she said.

“But apart from that, I have no direct access to the Vatican since all communications are only through my convent and superior general,” she added.

Although the expulsion meant that she had to vacate the convent, the nun continued to stay at the FCC convent in Manathavady in Wayanad district.

Faced with a bigger challenge with her plea not finding favour with the Vatican’s mission in Delhi, she has not decided on her next move.

“I still haven’t decide what to do next although the Vatican has permitted me to appeal again. I could also seek judicial remedy since there could be a lot of victimised nuns like me,” she said.

A Christian group called Save Our Sisters Action Council that rallied behind the nun who was allegedly raped by the bishop had lent support to Sister Lucy as well.

Felix J. Pulludan, convener of SOS Action Council, told this newspaper that his organisation would back the nun to the hilt. “We will fight for her and with her. When we asked her about her next step, she sought some time to decide,” he said.

According to Pulludan, the nun was left with two more appeals. “Besides the supreme tribunal in Vatican, she can appeal to the Pontiff (Pope) as well. Usually, all matters are settled before it reached the Pontiff,” he said, expressing hope that the Church would come to her aid.