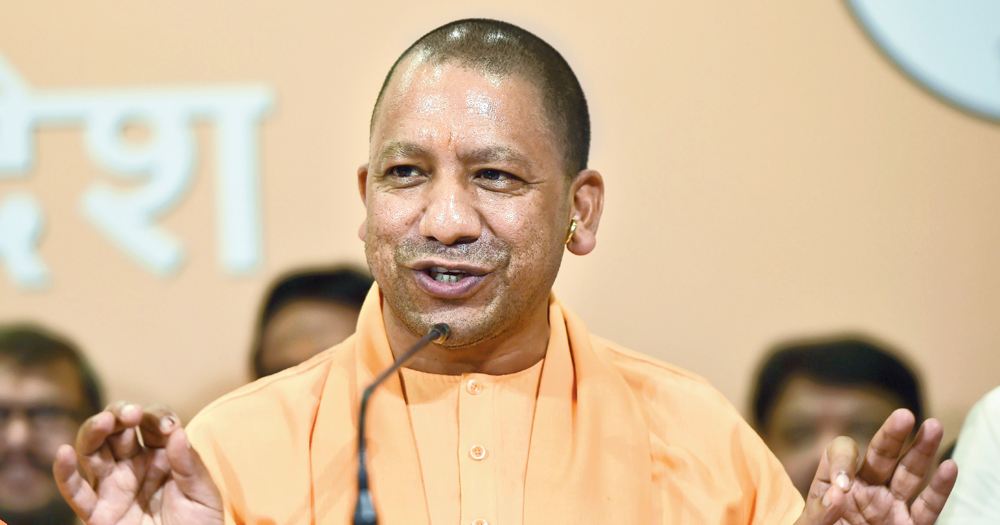 Uttar Pradesh chief minister Yogi Adityanath on Friday said the BJP had fought the election on development, governance and nationalism while the Opposition failed to talk about people’s issues in the campaign.

“We had clear instruction from our leadership to contest the elections only on the issues of development, good governance and rashtravad,” said Adityanath, who was barred from campaigning for three days by the Election Commission for trying to polarise voters over religion.

The ban had come after Adityanath said in campaign speeches before the first phase of polling that while the Congress, Samajwadi Party and the BSP believed in “Ali”, the BJP had faith in “Bajrangbali”.

The ban, which came in April, did not deter Adityanath from attempting religious polarisation again. On May 1, he described a rival party candidate who is a Muslim as “Babur ki aulad” or Babur’s descendant.

But on Friday, the chief minister claimed that while the NDA had won 64 seats by raising development, good governance and rashtravad (nationalism), the Opposition had failed to talk about inflation, law and order or potholes.

“The Opposition failed to raise any issue during the election campaign. Inflation was a non-issue, law and order was also nowhere on the scene and nobody was talking about potholes. The farmers’ problems couldn’t be an issue because we had already sorted them out,”Adityanath said at a news conference on Friday.

The Union and the state government had successfully beaten anti-incumbency, he said.

Bragging about the landslide win in the state, Adityanath said a few seats were spared for the Opposition because the BJP believed in “healthy democracy.”

“Why do you think that there shouldn’t be some seats in the hands of the Opposition parties? We believe in a healthy democracy and we need some non-BJP members in the House,” he said with a victorious smile.

The BJP and Apna Dal together had got 42.3 per cent of the votes polled in the state in 2014 Lok Sabha elections.

Adityanath claimed that the caste equation on the basis of which the SP and the BSP had joined hands was rejected by the people.

Meanwhile, Mayawati and Akhilesh Yadav have both said their alliance will continue. Akhilesh told Samajwadi leaders at a meeting that they should get ready to fight the 2022 Assembly elections in coordination with the BSP.

Mayawati said: “The SP and the RLD members worked honestly for the alliance and it would remain intact in future.”