Advertisement
Home / India / Police arrest 10 for violence near Jamia, none of them students

Police arrest 10 for violence near Jamia, none of them students 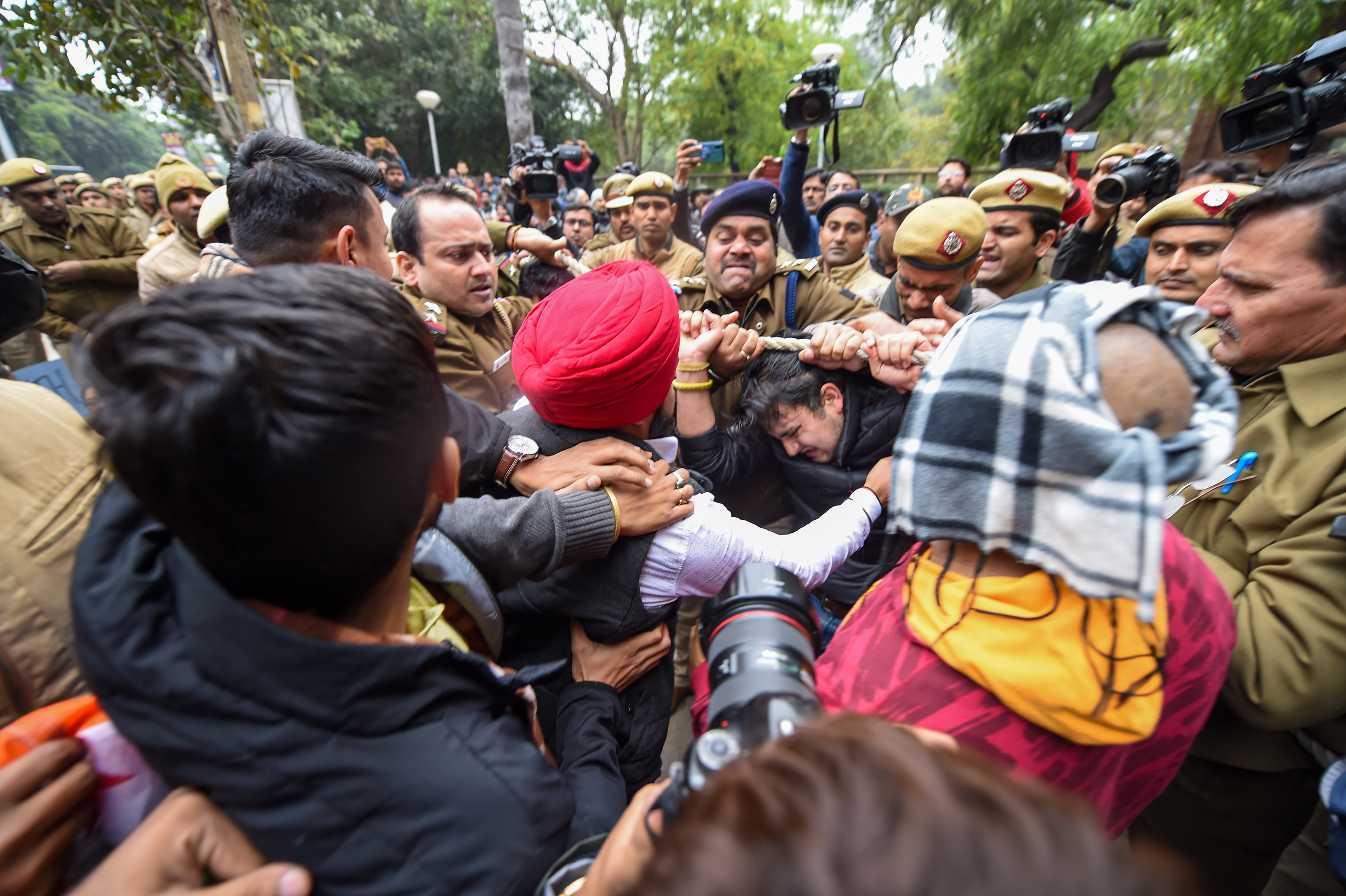 Ten people with criminal background have been arrested for allegedly being involved in the violence near Jamia Millia Islamia University in New Delhi, police said on Tuesday.

The accused were arrested on Monday night, they said.

According to a senior police officer said, no student has been arrested.

The university had turned into a battlefield on Sunday as police entered the campus and also used force, following protest against the Citizenship Amendment Act, which led to violence and arson in which four DTC buses, 100 private vehicles and 10 police bikes were damaged.

Jamia officials have maintained that some outsiders had indulged in the violence, while the students were only protesting peacefully.

Various campuses across India rose in protest against the police action on Jamia incident.

Yesterday, varsity's vice chancellor Najma Akhtar sought high level inquiry into the incident and questioned who allowed the police to barge inside the campus.