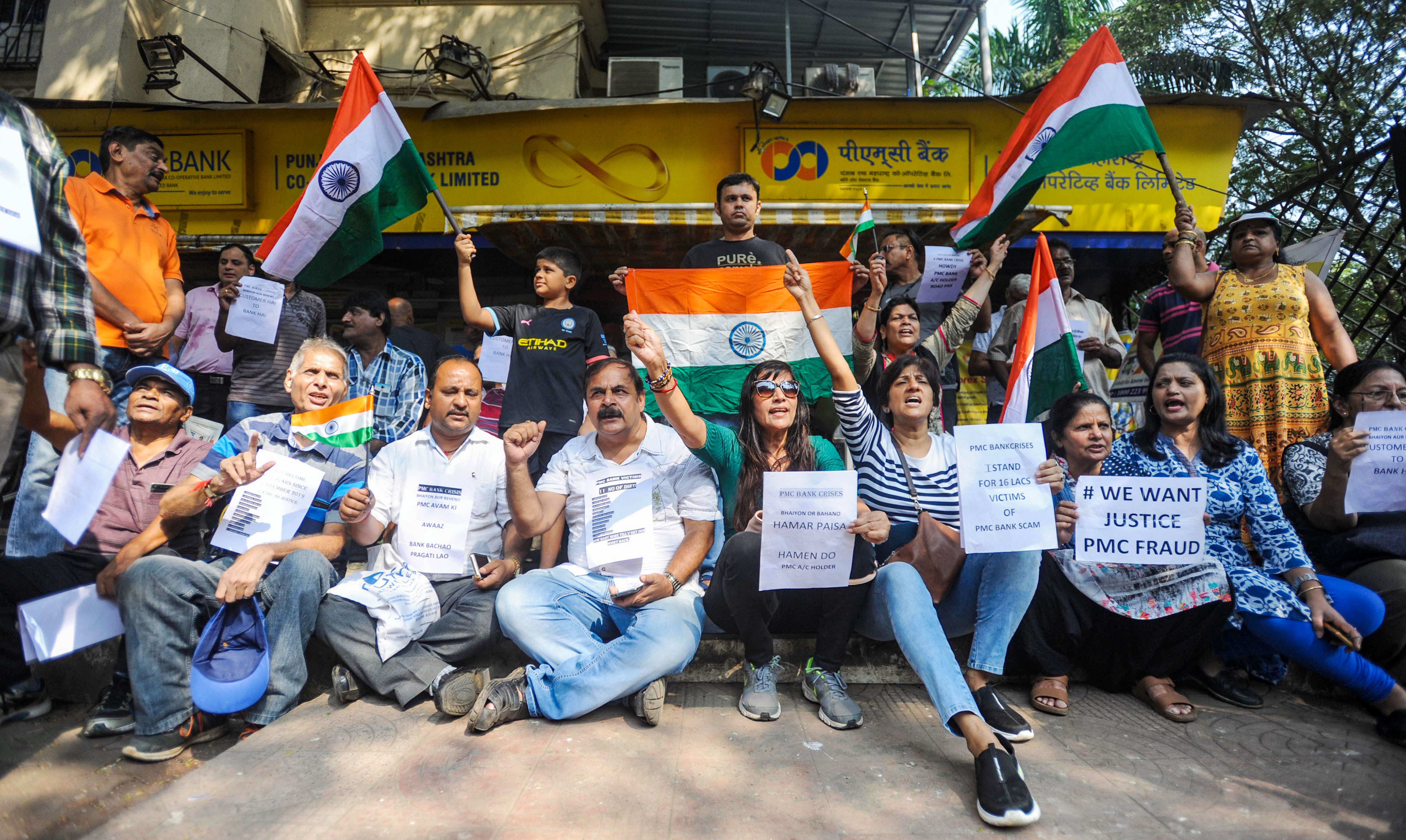 Depositors of the crisis-hit Punjab and Maharashtra Cooperative (PMC) Bank can approach the Reserve Bank-appointed administrator for withdrawal up to Rs 1 lakh in case of medical emergencies, the RBI told the Bombay High Court on Tuesday.

In an affidavit filed in the high court in response to petitions challenging the fund withdrawal restrictions, the RBI has mentioned the withdrawal ceiling at Rs 50,000 for scenarios like marriage, education, livelihood and 'other hardships'.

RBI counsel Venkatesh Dhond told a division bench of Justices S. C. Dharmadhikari and R. I. Chagla that the depositors facing hardships can approach the RBI-appointed administrator and seek withdrawal up to Rs 1 lakh.

Such withdrawal restrictions were necessary to safeguard the interests of the bank and its depositors, the affidavit stated.

The top bank also stated that a largescale wrongdoing has been found in the PMC bank.

On September 23, the RBI had imposed regulatory restrictions on the PMC Bank for six months over alleged financial irregularities.

'To mitigate the hardship of the depositors, the RBI has enabled entertaining on merit any application for withdrawal beyond the stipulated amount on hardship grounds like medical treatment, marriage, education, livelihood and other hardships, subject to a ceiling of Rs 1 lakh on medical ground and Rs 50,000 in all the other cases,' the affidavit stated.

The bench after perusing the affidavit posted the petitions for further hearing on December 4.

The withdrawal limit for account holders was initially Rs 1,000 per each customer for six months, which was later raised to Rs 10,000 and is now presently at Rs 50,000.

The crisis at the bank is attributed to the loans allocated to realty firm the Housing Development Infrastructure Ltd (HDIL) without scrutiny. These loans later turned into non-performing assets (NPAs).

The petitions were filed by persons claiming to be depositors and account-holders of the bank seeking withdrawal of restrictions imposed by the RBI.

Meanwhile, lawyer of one of the petitioners, Pradnya Talekar, told the bench that depositors should not bear the brunt of wrongdoings done by senior officials of the PMC Bank and that the RBI cannot impose such withdrawal restrictions.

To this, the bench said the depositors cannot say that their rights are superior to that of the bank's.

'How can this court say that the action initiated by the RBI is contrary to public interest or the depositor's interest?' Justice Dharmadhikari asked.

While the bench was perusing the RBI affidavit, hundreds of PMC Bank depositors gathered outside the high court building in south Mumbai and raised slogans against the apex bank in afternoon.

They were not allowed to enter the court premises by police personnel.

On Saturday, the EOW arrested one of the PMC directors Rajneet Singh, son of former BJP MLA Sardar Tara Singh.

The EOW suspects a nexus between some of the accused and the realty group HDIL, whose mammoth loan defaults are said to have caused a liquidity crisis at the bank, leading to appointment of an administrator by the RBI and restrictions on withdrawal of funds.

The EOW had earlier told a sessions court that prima facie a nexus between some of the accused and HDIL group companies has been made out by the investigators who suspected a 'deep-rooted conspiracy'.

Six people had died due to loss of money, it had said.

Another investigator, the Enforcement Directorate (ED), had attached assets of the Wadhawans.

Over Rs 6,500 crore of the bank's advances of Rs 9,000 crore were made to either HDIL or dummy companies affiliated to it, which have gone sour.