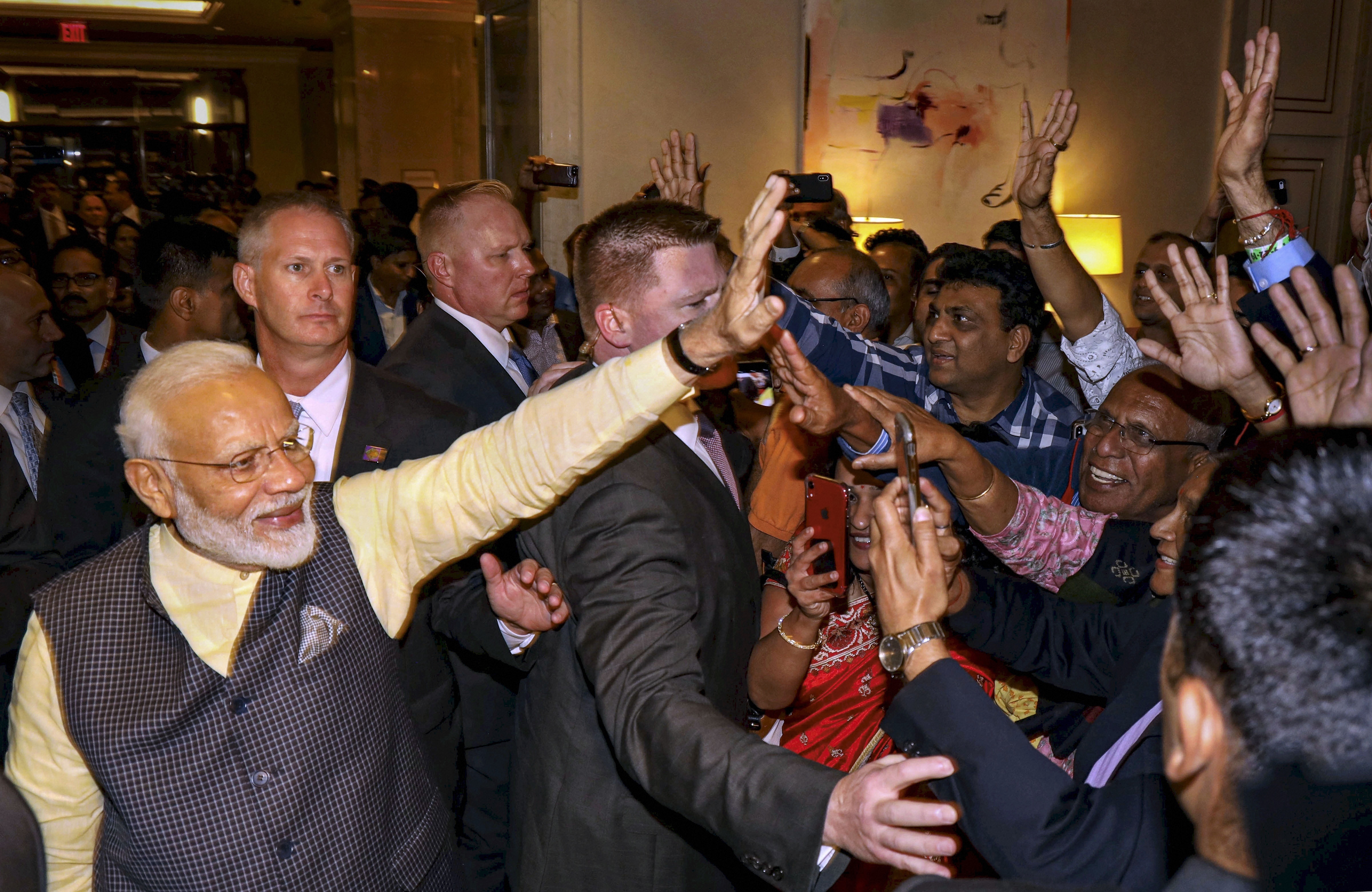 The Prime Minister arrived in the city on Sunday night to participate in the 74th session of the UNGA, after delivering a speech in Houston to over 50,000 people belonging to the Indian diaspora at a mega community event, which was also addressed by US President Donald Trump.

The Prime Minister discussed strengthening bilateral ties with the Italian president, particularly in the field of trade and investment, and also regarding cooperation in the defence sector.

During Modi's meeting with bin Hamad, both the leaders reviewed the full range of ties between India and Qatar.

The Emir of Qatar also talked about the Prime Minister's efforts to make Yoga popular globally.

With the Maldivian president, Modi discussed progress on development partnership and cooperation in climate change.

'Using every opportunity to touch base with our neighbour PM @narendramodi had a good discussion with Maldivian President @ibusolih on the margins of #UNGA. Both leaders discussed progress on development partnership, and cooperation in climate change,' Kumar said in another tweet.

Modi also met with Henrietta Fore, the executive director of Unicef, and underlined the efforts made by his government towards the health and nutrition of the children of India.

'Ms. Henrietta Fore @unicefchief called on PM@narendramodi on the margins of #UNGA. PM underlined the efforts made by the government towards health and nutrition of children in India through several focused initiatives,' the MEA spokesperson wrote on Twitter.