The NC leader without naming anyone, says, false claims are being made even though the situation on the ground is grave 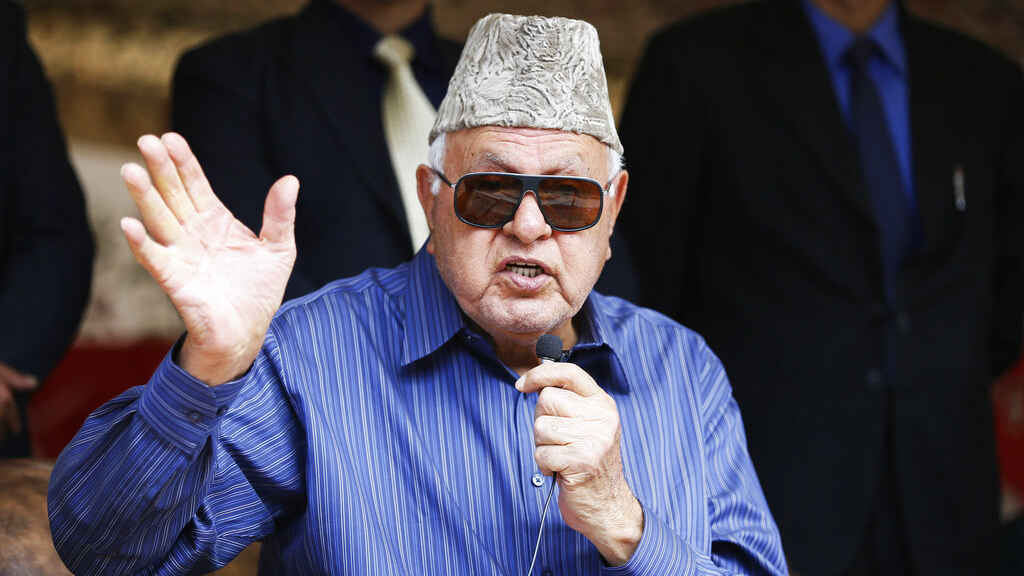 The situation in the Jammu and Kashmir is grave as Prime Minister Narendra Modi has failed to keep his promise of removing "dil ki doori and Dilli ki doori", National Conference (NC) president Farooq Abdullah said here on Tuesday.

Abdullah was addressing a day-long convention of the NC in Jammu.

"Prime Minister Narendra Modi promised us of removing 'dil ki doori and Dilli ki doori (distance between hearts and the distance with Delhi)'. Neither were the hearts connected, nor was the distance between J-K and Delhi bridged. He should tell the people if anything has changed," Abdullah said.

Apparently referring to Union Home Minister Amit Shah's statement without naming him that the situation in J-K has improved after the abrogation of Article 370, the NC leader said false claims are being made even though the situation on the ground is grave.

Responding to senior RSS leader Indresh Kumar who hit out at him over his remarks that the people of Jammu and Kashmir may have to make "sacrifices" like the agitating farmers to get their rights back and suggested that Abdullah should leave the country, the NC president said he is an Indian and will die an Indian.

Abdullah said the fight for restoration of J-K's special status will neither be easy nor will God send someone to fight it for us.

"We have to stand up and fight for our rights. We have not picked up guns or grenades or hurled a stone. We do not demand prime ministership or presidency but our fight is for our rights which were snatched from us," Abdullah said.

"We will fight and fight with honesty as we are on the path of (Mahatma) Gandhi and want to restore Gandhi's India," he said.

Launching a scathing attack on the BJP-led central government over the functioning of Parliament, the Lok Sabha MP said the ability of the ruling party to listen patiently to the opposition has disappeared.

However, he said, the ability to listen has disappeared under the present dispensation, and no one in the ruling party is ready to listen.

Referring to the three contentious agri laws, Abdullah said the government first passed the three bills without discussion and then revoked them the same way. "This is the situation of democracy in our country. They think they have a brute majority and can do anything," he added.

On the amendment to the BSF Act to authorise the force to undertake search, seizure and arrest within a 50-km stretch, up from 15 km, from the IB in Punjab, West Bengal and Assam, and its opposition, Abdullah said "They do not wait. They do whatever they want to do without taking others on board."

"Was Punjab Police not capable of controlling things? The move is bound to trigger a Nagaland-like situation where innocents are killed," he said.

Expressing concerns over the continuous closure of schools owing to the Coronavirus pandemic, Abdullah urged Lieutenant Governor Manoj Sinha to order reopening of the schools with necessary measures in place to save the future of students in Jammu and Kashmir.

The education sector was the hardest hit in the union territory due to the continuous closure of the schools, he added.

"The children of poor residents are suffering because in the absence of electricity and mobile phones, they are unable to pursue their studies. They are staring at a bleak future, and if necessary measures are not taken, the situation would go beyond our control, Abdullah said.

The NC chief also expressed concerns over the state of affairs in Jammu and Kashmir, saying bureaucrats have become authorities unto themselves, which has subjected the people to miseries and difficulties.

"This fact is being even acknowledged by the BJP leaders themselves, who are openly expressing concern," he said.

The former chief minister said anti-poor decisions are galore and referred to the halting of the 'Durbar Move', which he said was consciously introduced to ensure integration among the people of Jammu, Kashmir and Ladakh.

Urging NC activists to strengthen the party, Abdullah also advocated the promotion of regional languages and a war against drug abuse.

"Hand over those selling drugs and ruining lives of our youth to the police," he said.