Vijayan and ministers at crash site in quarantine

The chief minister, Shailaja, Moideen and Jaleel have tested negative for the coronavirus but will still take safety measures 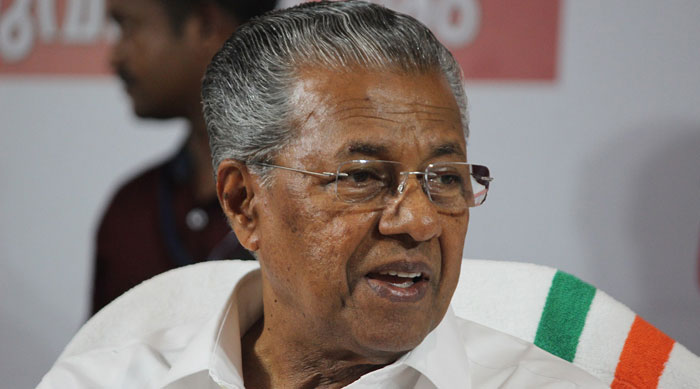 Kerala chief minister Pinarayi Vijayan and several ministers on Friday went into self-quarantine after at least 20 rescue officials with whom they had interacted in the aftermath of the plane crash at Calicut International Airport a week ago tested positive for Covid-19.

Vijayan, Shailaja, Moideen and Jaleel have tested negative for the coronavirus but will still remain in quarantine.

P.K. Kunhalikutty, the Lok Sabha MP of Malappuram and IUML leader who had visited the crash site on Saturday, has also isolated himself.

The area where the accident took place is a corona containment zone.

Apart from the ministers, those who had visited the accident spot last Saturday and interacted with the officials who had taken part in the rescue operation and have now tested positive were governor Arid Mohammed Khan, Union minister for civil aviation Hardeep Singh Puri, junior Union minister of external affairs V. Muraleedharan and Kerala chief secretary Vishwas Mehta.

The leader of the Opposition, Ramesh Chennithala of the Congress, had gone to the site on Sunday along with several leaders of his party. It was not immediately clear if the Congress leaders would also quarantine themselves.

The infected officials had been present at the crash site last Friday (August 7) and had also gone to the hospitals where the injured had been taken. All the 20-odd officials were already in quarantine when their tests returned positive. Health minister Shailaja had asked all those who were part of the mission to isolate themselves.

Kerala director-general of police Loknath Behera has also gone into self-quarantine as he had met both Gopalakrishnan and Karim on August 8.

The Malappuram district health department has ordered all the media personnel who were at the accident site to isolate themselves.

District police chief Karim’s gunman tested positive for the virus in the immediate aftermath of the accident.

One of the passengers on the Air India Express flight from Dubai that had overshot the tabletop runway and plummeted 60ft, killing the two pilots and 16 passengers, had been corona-positive and was being brought under precautions as part of the Vande Bharat repatriation mission.

The rest of the 190 passengers and crew had escaped with injuries, mainly due to the prompt intervention of local people who had rushed to the spot before rescue teams arrived and pulled them out of the wreckage.

The district collector, district police chief and the sub-collector had been among those who were on the ground during the rescue and relief work.

Malappuram district has been reporting about 200 cases daily on an average for the past several days.

Junaid Mukkood, one of the 15 locals who were the first to reach the accident site and began rescuing the passengers and crew from the aircraft that had broken into two pieces, said on Friday that they were waiting for their test results.

“The health department took swab samples from many of us today morning. Since they are doing the RT-PCR test, we will have to wait for two to three days for the results to be declared,” Mukkood told The Telegraph.

All the local people who had participated in the rescue have been in home quarantine.

“I don’t have any symptoms. But let’s wait for the result,” Mukkood said.