Amethi, Rae Bareli, Lucknow go to polls in this round 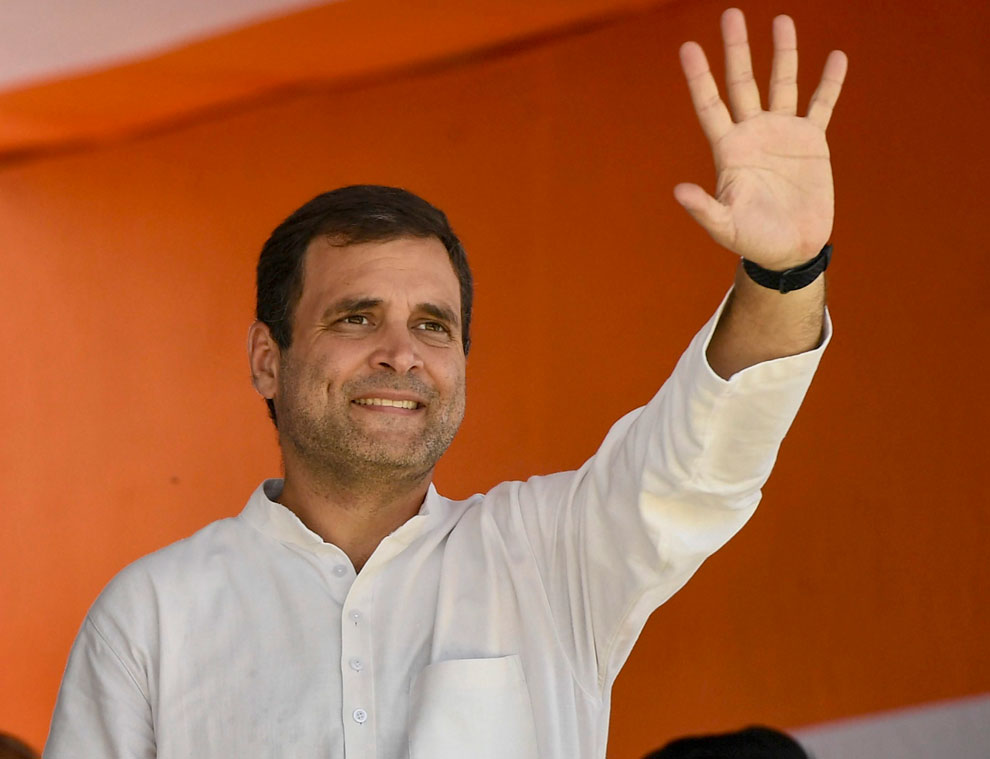 Interest quotient: In Bahraich, BJP’s Lal had defeated Balmiki by a margin of about 95,000 votes. If the mahagathbandan magic works in the favour of the SP-BSP, Lal may find it difficult to retain the seat. Shabbir’s Muslim name also has an interesting story. He was raised by a Muslim couple after his parents gave him away to protect him of evil spirits. His Muslim name, however, resulted in a legal battle when he first fought on a reserved seat.

Union Home Minister Rajnath Singh at an election rally in Gandhinagar on Saturday.

Interest quotient: This could be one of the no-contests this election. Since 1991, Lucknow has chosen the BJP. Poonam Sinha is a rookie. The interesting number to watch could be Rajnath’s victory margin here.

Congress president Rahul Gandhi and home minister Rajnath Singh are among the high-profile candidates in the fifth phase of the Lok Sabha elections on May 6. Fifty-one constituencies will vote across seven states – Bihar, Madhya Pradesh, Jharkhand, Jammu and Kashmir, Rajasthan, Uttar Pradesh and Bengal.

Interest quotient: There is a feeling that if the mahagathbandhan had fielded a candidate in Amethi, Rahul Gandhi would have a tough time. In 2014, Irani lost to Rahul but the Congress’ vote share dipped. Will the contest be close this time?

Interest quotient: With Congress fielding discus thrower Poonia, the Jaipur Rural contest has brought two Olympians against each other. Poonia, a first-time MLA is competing in her first Lok Sabha election, will take on union sports minister Rathore who won India an Olympic silver in Athens 2004.