The assurance came a day after a suspicious OMR sheet 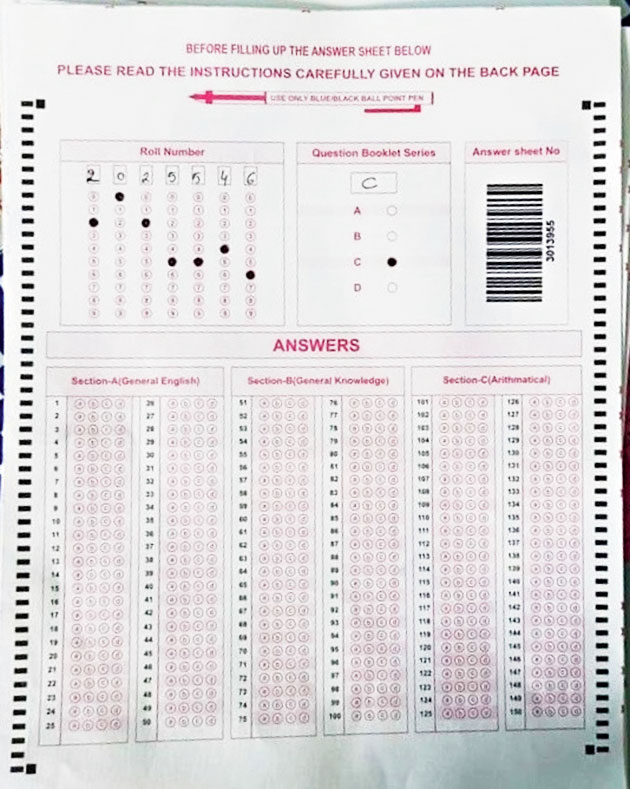 Chief minister Pema Khandu on Sunday assured that a fast-track probe would be initiated into the alleged irregularities in the examination conducted by the Arunachal Pradesh Staff Selection Board (APSSB) the results of which were announced on Friday.

The assurance came a day after a suspicious optical mark recognition (OMR) sheet, bearing roll number 2025546, was widely circulated on social media and for which the board has been drawing flak from all quarters.

As per the results of the exams — for recruiting lower-division clerks, junior secretariat assistants, among others — which were published on the board’s website on Friday, the candidate with roll number 2025546 has been shortlisted for the skill test. However, if one goes through the yet-to-be-verified OMR sheet, it suggests that the candidate had left the answer sheet blank.

“I have directed the chief secretary for a fast-track probe into alleged irregularities in exam conducted by the APSSB whose results were shortlisted for skill test. I assure the people of Arunachal of speedy justice. Those involved will not be spared no matter how influential they may be,” Khandu said in a statement.

“None can play with the future of our youths. Those trying to trample the rights of our people have no place except jail. An impartial investigation will be carried out leaving no stone unturned,” he added.

Screenshot of the result
Sourced by the Telegraph

Khandu said: “Creation of the APSSB is the biggest reform brought by my government for bringing transparency in recruitment process and ensure a progressive Arunachal.”

The state government passed the Arunachal Pradesh Staff Selection Board Bill for setting up the board in September 2018.

The board conducts examinations and selects candidates for appointment to the subordinate services/Group C posts in the government departments, organisations and autonomous bodies established by the government.

The All Arunachal Pradesh Students’ Union (AAPSU) termed the irregularities a “disturbing development”.

It appealed to the special investigation cell of the state police to immediately go into the crux of the whole incident in a time-bound manner. “Exemplary punishment should be given to the perpetrators of the crime. The incident shook the very foundation of fair play as envisaged by the state government in recruiting genuine talents,” AAPSU general secretary Tobom Dai said in a statement on Sunday evening.