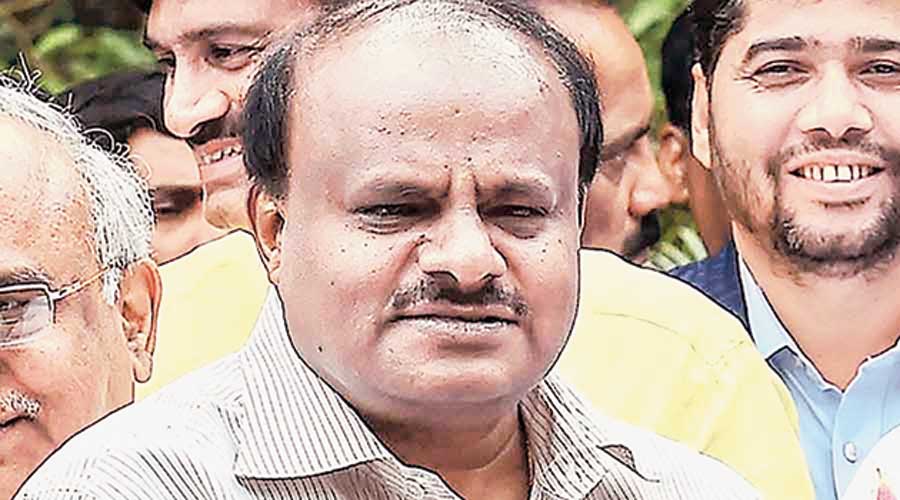 The Congress on Tuesday alleged the Israeli spyware Pegasus was used not just to target individuals but also to topple governments and destroy democratic institutions, referring to the defection game in Karnataka and Madhya Pradesh and the post-retirement benefits enjoyed by a former Chief Justice of India.

The comments came after the news portal The Wire reported that the phones of senior Karnataka politicians and their personal assistants were selected as potential targets for surveillance in 2018-19 when the Congress-JDS government was pulled down and a BJP ministry installed.

Only digital forensics can establish if the shortlisted phones were infected with the spyware. But the timing of the selection of the phone numbers, which coincided with the machinations to engineer defections, appears to have prompted the Congress to conclude that hacking indeed took place.

“It’s not merely spying on individuals to defame or control them. It is a sinister conspiracy to destroy democracy and establish dictatorship,” the leader of the Opposition in the Rajya Sabha, Mallikarjun Kharge, said.

“It’s possible that even the Madhya Pradesh government was toppled using information collected through Pegasus. They are trying the same trick in Maharashtra as well.”

“The phones of aides of the then chief minister, (H.D.) Kumaraswamy (of the JDS), and deputy chief minister (G.) Parameshwara (of the Congress) were tapped. It is not about merely peeping into people’s bathrooms, bedrooms and kitchens; it’s about grabbing power.”

Venugopal said the party would “march to all the Raj Bhavans on Thursday to demand a judicial probe under the supervision of the Supreme Court”.

He went on to hint at a larger conspiracy: “When we went to the Supreme Court to seek disqualification of our MLAs who had defected, what was the judgment? The judgment has now become instrumental in facilitating horse trading.

“The (then) Chief Justice of India who delivered the judgment is now a Rajya Sabha MP. Why is the (Narendra) Modi government running away from a thorough enquiry?”

A woman who had complained of sexual harassment against Justice Gogoi was among the potential targets of the Pegasus-enabled surveillance along with her family, according to the media collective that investigated the operation.

Congress Lok Sabha leader Adhir Chowdhury too referred to Justice Gogoi, saying: “Events are now unfolding to expose the sinister game. Modi-Shah have introduced a new art to subvert democratic processes.... Gogoi was rewarded immediately after his retirement for the judgment he gave to help Modi.”

He added: “His judgments need to be examined. This judgment says the MLAs cannot be compelled to take part in an Assembly vote. The people of India should introspect where we are going.”

Siddaramaiah, who was present at the news conference, said: “Fourteen MLAs of the Congress and three from the JDS resigned and later joined the BJP. Prime Minister Narendra Modi played the dirty game. The phones of our assistants were tapped. This dirty game has to be stopped. It’s a crime.”

Party communications chief Randeep Surjewala said: “Never in the history of Independent India did this happen (before), that the Supreme Court said the whip of the party will not be operative on the rebel MLAs. Gogoi nullified the anti-defection law.

“And this is happening when the woman who accused him of sexual exploitation and her family members are also put under surveillance by using the Pegasus spyware. Modi-Shah have murdered democracy and trampled on the rule of law using the spyware. This (Union) home minister (Amit Shah) has no moral right to continue even for a minute.”

At another news conference, Congress Rajya Sabha member Shaktisinh Gohil said: “I come from Gujarat, and we know these two (Modi and Shah) used to do the same thing there. At that time, the top officer of the intelligence department, Sreekumar, said in an affidavit before the Nanavati Commission that ‘Modi had asked me to tap one number’. The number belonged to a media house owner. Haren Pandya (the former BJP home minister of Gujarat who was murdered) also used that phone.”

He added: “Then there is the infamous case of snooping on the 21-year-old girl — the entire story is in the public domain. They are habitual offenders: in legal parlance, it’s called history sheeter. If these people are not responsible for the Pegasus spying, why are they not ordering a judicial probe? Why are they not accepting our notice in Parliament for a debate?”

In August 2009, an aide to then Gujarat chief minister Modi had ordered a snooping operation on a young woman “at the behest of his sahib”, a purported sting operation had claimed in 2013. A suspended IAS officer, Pradeep Sharma, had claimed the government had targeted him because he knew about the alleged spying.

Gohil said the simple question that had to be answered was whether the spyware was bought or not. “Let there be a judicial inquiry after sacking Amit Shah.”

Senior lawyer Kapil Sibal said: “This is a threat to national security as the data are stored with a foreign agency. And if a malware is injected into the phones of ministers, this is also a violation of the Official Secrets Act because ministers may have confidential information on their phones.”