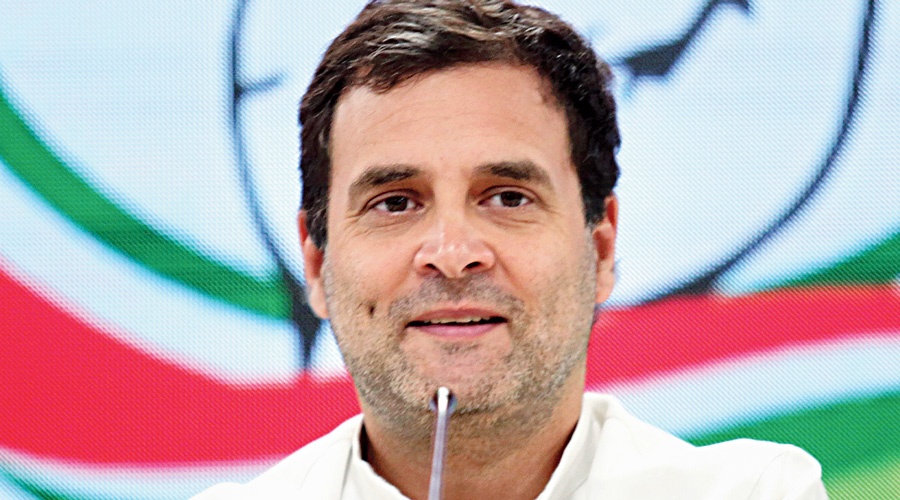 ⚫ Rahul Gandhi, the Congress spearhead in the 2019 general election.

⚫ A woman and her family after she complained of sexual harassment by Ranjan Gogoi, the then Chief Justice of India who presided over some of the most important cases in independent India, including that dealing with the Ayodhya land and the Rafale fighter plane deal.

⚫ Abhishek Banerjee, Trinamul leader, and Prashant Kishor, the party’s poll consultant. The latter in the middle of the Bengal Assembly elections and even as recently as this month when he met Rahul and Priyanka Gandhi Vadra in the capital.

⚫ Virologist Gagandeep Kang (in 2018), who had recently questioned some aspects of the government’s Covid management.

⚫ Dozens of journalists, including one who was covering the Rafale controversy.


The Lok Sabha was adjourned till 2 pm while the Rajya Sabha halted its proceedings till 12 noon and then 1 pm on Tuesday as Opposition MPs disrupted proceedings over the Pegasus snooping controversy as well as other issues.
- PTI


The list of the potential Indian targets of a snooping operation that deploys Israeli spyware accessible only to government agencies covers citizens in every sphere that is expected to act as a check and balance in a democracy, suggests information revealed on Monday by a media collective that includes The Wire news portal and The Washington Post and The Guardian newspapers.

The Congress described the government’s alleged surveillance of critics and opponents through the Israeli spyware as “treason” and an “inexcusable breach of national security”, and demanded the immediate sacking of home minister Amit Shah and an independent investigation into the role of Prime Minister Narendra Modi.

The party described as a “lie” the government’s claim that it had not snooped on anyone, after the media reports suggested surveillance of Opposition leaders like Rahul, a few BJP politicians who are now central ministers, journalists and activists.

The Congress underlined that the Israeli company NSO states that its products “are used exclusively by government intelligence and law enforcement agencies to fight crime and terror”.

“Are politicians, journalists, human rights activists, lawyers and Modi’s own ministers terrorists? Why were they spied on? No government ever stooped so low,” party communications chief Randeep Surjewala said at a news conference held jointly with the Congress leaders of both Houses of Parliament, Mallikarjun Kharge and Adhir Chowdhury.

“Is spying on leaders of the Opposition, heads of security forces, election commissioner, members of the judiciary, ministers, journalists and activists through a foreign entity’s spyware not treason and an inexcusable breach of national security?” Surjewala said.

“Who in the Government of India purchased and deployed the illegal spyware Pegasus? Who authorised the purchase? How many hundred or thousand crores were spent?”

The Congress underlined that the government had admitted snooping via Pegasus in Parliament on November 28, 2019, contrary to Monday’s denial of spying by new information technology minister Ashwini Vaishnaw.

“Should home minister Amit Shah not be sacked forthwith? Does this not warrant a full investigation of the role of the Prime Minister?” Surjewala said.

Both Kharge and Adhir said Shah should be sacked if the government had any pretensions to morality.

Two numbers used by Rahul were allegedly among the potential targets. Rahul gave up those numbers after WhatsApp alerted him about possible hacking. Several members of Rahul’s social circles and office staff too were allegedly put under surveillance.

The Wire reported that the phone number of IT minister Vaishnaw was among the potential targets between 2017 and 2019. Minister Prahlad Singh Patel’s name also figures in the list.

Former finance minister and Congress veteran P. Chidambaram contested Vaishnaw’s claim, made in the Lok Sabha on Monday, that illegal snooping was impossible in India.

“NSO Group, the owner of Pegasus, has said that NSO sells its technologies solely to law enforcement and intelligence agencies of vetted governments. It is unfortunate that minister Vaishnaw has started his innings on the wrong foot,” Chidambaram said.

“In his statement, the minister has omitted to quote the crucial part of Pegasus’s statement. The services that are ‘openly available to anyone, anywhere, and anytime’ refer to HLR Lookup services, not to Pegasus. The minister should answer a simple question: Did the government acquire the Pegasus software/ spyware?”

The Congress and other Opposition parties plan to jointly raise the matter during the ongoing session of Parliament.

On Monday, the Congress released a report by Cert-In, a department under the IT ministry, that had on May 17, 2019, said: “A vulnerability has been reported in WhatsApp which could be exploited by a remote attacker to execute arbitrary code on the affected system.”

The party also recalled that then IT minister Ravi Shankar Prasad had said in the Rajya Sabha on November 28, 2019, that the hacking of 121 telephones had been reported and a notice issued to NSO.

“The NSO Group had written to Citizen Lab (of the Munk School of Global Affairs, University of Toronto) stating clearly that ‘Our product is licensed to government and law enforcement agencies for the sole purpose of investing and preventing crime and terror’,” Surjewala said.

“It is thus clear that the Government of India and its agencies bought the spyware. It could neither be bought nor deployed by any private operator. The Citizen Lab submitted a report on September 18, 2018, saying the Pegasus software was used to target politicians in India.”

Surjewala said Indian citizens should realise that the government was spying on their daughters, sons and wives by murdering privacy and the rule of law.

Rahul taunted the Prime Minister for “reading everything on your phone”.

Virologist Kang was a potential target in 2018 while tackling the Nipah infection. “In 2018, Kang was helping with aspects of the response to an outbreak of the deadly Nipah virus in the southern Indian state of Kerala. She urged Indian health officials to share blood samples of those infected with a global initiative to develop vaccines against future pandemics, an effort that was ultimately fruitless,” The Washington Post said.

On the woman who accused Justice Gogoi of sexual harassment, The Wire reported that she “recorded her allegations in a sworn affidavit on April 20, 2019, and was marked as a person of interest just days after this, an analysis of a leaked list of phone numbers accessed by French media non-profit Forbidden Stories reveals”.

The #Pegasus revelations are abhorrent. If true, the Modi government seems to have launched a grave and sinister attack on the Right to Privacy - constitutionally guaranteed to Indian citizens as a Fundamental Right. This is an affront to democracy and has.. 1/2

The leaked records show that eight other phone numbers belonging to her husband and two of his brothers were also marked as possible candidates for surveillance in the same week, when her allegations against the CJI were first reported, the portal said.

“All told, a total of 11 numbers associated with the complainant and her family were selected, making them among the largest cluster of associated phone numbers in the India-leg of the Pegasus Project, a special investigation coordinated by Forbidden Stories and 16 international media partners with the assistance of Amnesty International’s technical team,” The Wire added.

Shah goes back to ‘chronology’