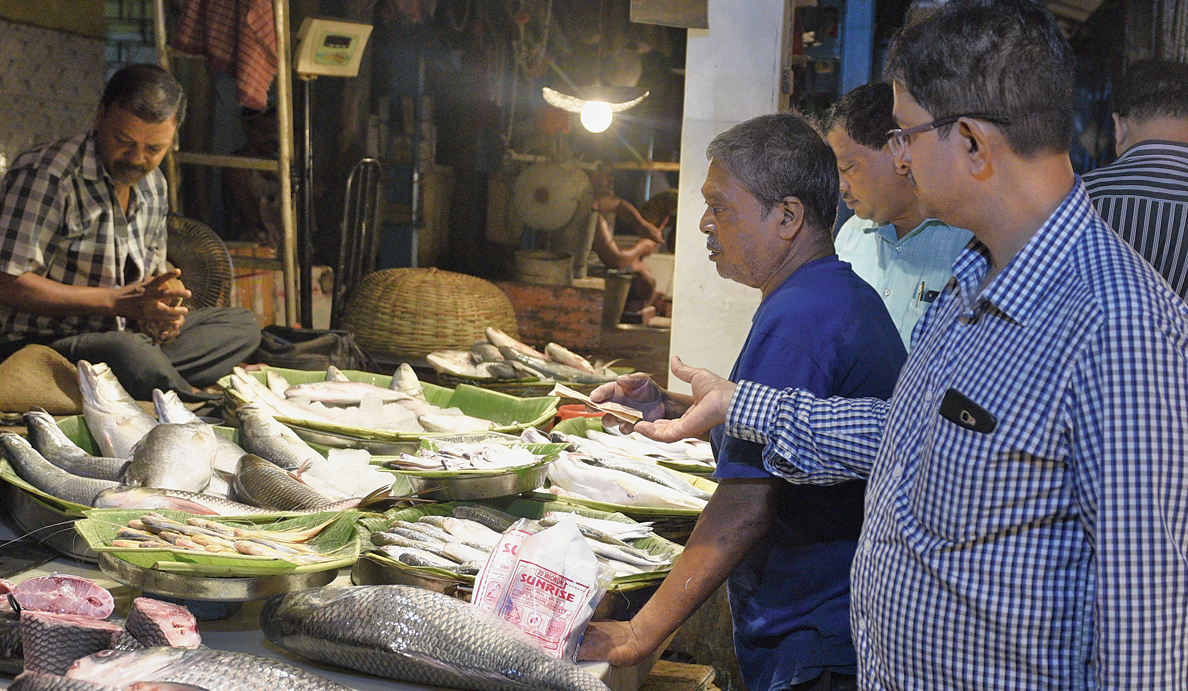 The government has now asked district food safety officers to collect samples of fish from towns and cities across the state
The Telegraph picture
Dev Raj   |   Patna   |   Published 14.01.19, 09:59 PM

Fish lovers in the Bihar capital will have to go without their fix for at least 15 days with the state government on Monday ordering a ban on its import from Bengal and Andhra Pradesh with immediate effect.

“We have decided to ban the sale, transportation and storage of fish under Patna Municipal Corporation limits after 10 samples sent to Central Food Laboratory (CFL), Calcutta, showed the presence of formalin and heavy metals such as lead, cadmium and mercury in more than permissible limits for human consumption. Such fish are dangerous for public health. The ban will be in force for the next 15 days and could be extended, if need arises,” principal secretary, health department, and food safety commissioner Sanjay Kumar said.

The government has warned that anybody found guilty of violating the ban could be punished with imprisonment for up to seven years and a fine of up to Rs 10 lakh under the provisions of the Food Safety and Standards Act, 2006. The fish that were tested included bekti and jasar varieties from Bengal, katla, jasar, and rohu from Andhra Pradesh and locally farmed boari and rohu.

According to food safety standards, the maximum tolerance limit for lead and cadmium is 0.3ppm (parts per million), while for mercury it is 0.5ppm. The samples that were tested contained these heavy metals way beyond their permissible limits.

The government has now asked district food safety officers to collect samples of fish from towns and cities across the state. These would then be sent to the CFL for tests.

Sanjay added that Bengal and Andhra Pradesh governments would also be apprised of the findings.

Bihar Fish Sellers’ Association secretary Anuj Kumar rued the ban and said: “The state government is acting at the behest of a fish cultivation lobby that wants to check fish imports so that the prices could be jacked up. We will protest the ban and also challenge it in courts.”

Chemical alarm on fish from Andhra