Passive smoking costs over half of Centre’s health budget 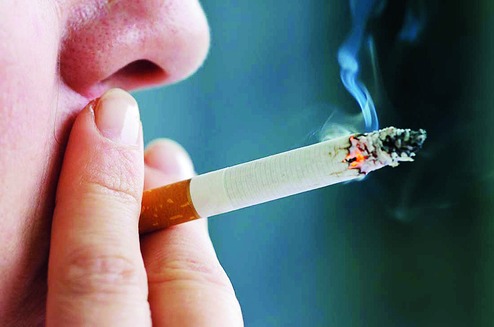 Despite the ban on public smoking, second-hand smoke exposure in India leads to direct annual healthcare costs of Rs 56,700 crore, or more than half the Centre’s health budget, a new study has estimated.

The healthcare burden attributable to SHS exposure indicated by the new study highlights the need for urgent policy measures to address passive smoking, two tobacco policy researchers who conducted the study have said.

Although smoking prevalence declined by around 24 per cent over six years from 2009-19 to 2016-17, India still has the second-highest number of smokers in the world with a smoking prevalence of about 10 per cent. The country’s tobacco control laws prohibit smoking in public places, but it is permitted in designated areas in airports and hotels with 30 or more rooms and restaurants with a seating capacity of 30 or higher.

“At many places, compliance to the smoking ban is limited, enforcement is lax, and SHS exposure remains high,” said Rijo John, a health economist at the Rajagiri College of Social Sciences, Kochi, who led the study.

A survey in 2017 had indicated that non-smoking adults are more likely to be exposed to SHS in their homes (38 per cent), followed by their workplaces (30 per cent) and restaurants (7 per cent).

The latest study by John and co-author Estelle Dauchy, associate director for international research at the US-based Campaign for Tobacco Free Kids, has also found that the SHS-linked healthcare costs are larger among Indians from lower socio-economic status groups, consistent with higher smoking prevalence in these groups.