Advertisement
Home / India / Fire in Air India flight in engine no.2 of Boeing 737 at Muscat

Fire in Air India flight in engine no.2 of Boeing 737 at Muscat 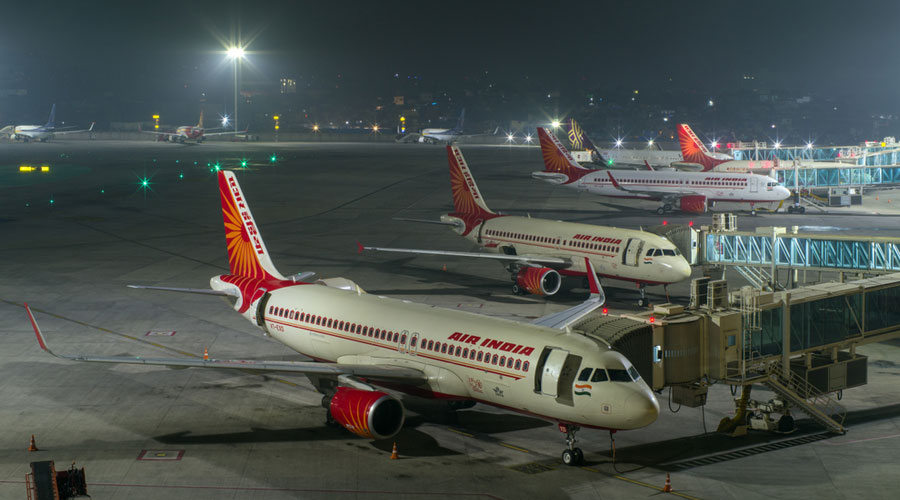 As many as 151 people were evacuated from an Air India Express plane at the Muscat airport on Wednesday after fire and smoke were noticed in one of the engines and aviation regulator DGCA is probing the incident, according to officials.

The incident happened when the Kochi-bound Boeing 737-800 aircraft was taxiing at the airport. Some passengers suffered minor bruises at the time of evacuation, the officials said.

There were a total of 141 passengers, 4 infants and 6 crew members onboard the aircraft, the officials said.

Videos and images on social media showed smoke emanating from the plane parked at the Muscat airport in Oman.

In a statement, an Air India Express spokesperson said there were 141 passengers onboard the plane, which was to depart Muscat at 1120 hours (local time).

"While it was on the taxiway, another aircraft reported observing fumes from one of the engines. However, there was no fire warning indication in the cockpit. As a matter of abundant precaution, and following the prescribed SOPs, the crew stopped on the taxiway and activated the onboard engine fire extinguishers," the statement said.

Air India Express also said the matter is being investigated by the regulatory authorities as well as the airline's flight safety department.

A senior official at the Directorate General of Civil Aviation (DGCA) said the regulator is probing the incident and appropriate action will be taken after the investigation is completed.

Air India Express has arranged a relief flight to bring back the guests from Muscat.

The Civil Aviation Authority (CAA) of Oman said there was fire in one of the engines of the aircraft.

"Before the aircraft take off, the aircraft was hit by a failure and a fire in one of its engines, which required an immediate evacuation of passengers," the authority said in a tweet.

As per preliminary information, the aircraft VT-AXZ was scheduled to operate flight IX442 from Muscat to Kochi. During taxiing, one of the engines had fire and smoke and subsequently, all the passengers and crew were evacuated on taxiway. Slides were deployed to evacuate the people, the DGCA official said.

According to another input, an observer reported that during taxiing, one of the plane's engines was on fire, the official added.

Air India Express said full support was extended by Muscat Airport authorities and the passengers were brought to the terminal building. There are no major injuries reported, except minor bruises to some passengers while evacuating.

An official at the Cochin International Airport Ltd (CIAL), the engine of the Air India Express' Boeing plane had caught fire at the Muscat airport before taking off for Kochi at 1250 hours (IST).

The official noted that due to the incident, Air India Express flight IX475 from Kochi to Doha has been delayed.

As per the latest update provided by the CIAL official, the rescheduled IX442 flight from Muscat will arrive at Kochi at 0230 hours (IST) on September 15 and later leave for Doha as flight IX475 at 0315 hours (IST).