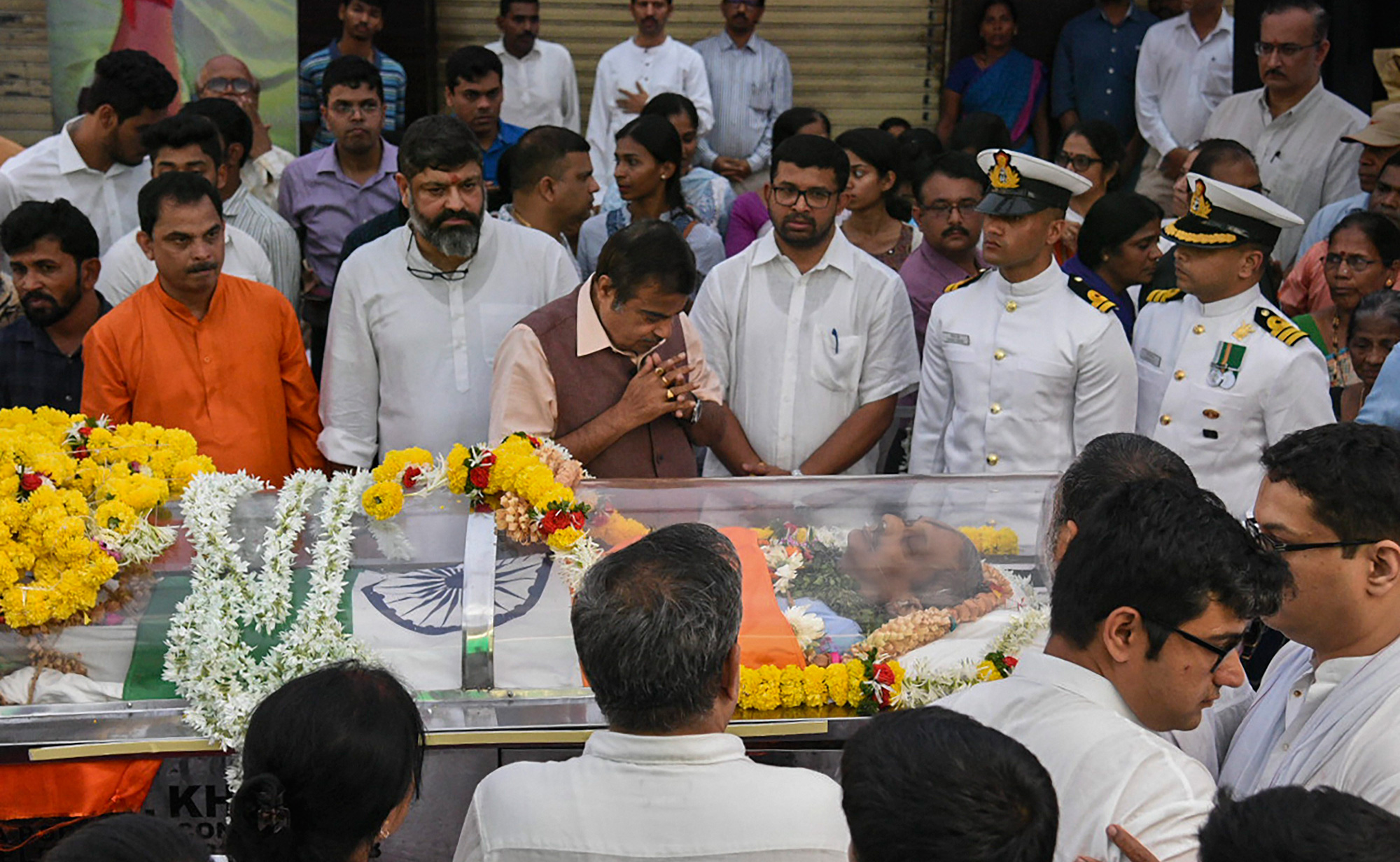 The affection and popularity he enjoyed from ordinary Goans was on display as hundreds of common folks, and his party workers lined up to pay tributes to Goa chief minister Manohar Parrikar, who died Sunday after prolonged illness.

Parrikar, 63, will be accorded state funeral with full military honours at Miramar on Monday, an official said.

People gathered at the BJP office in Panaji to pay last respects to the late leader.

A pall of gloom descended on the BJP office and hundreds of Parrikar supporters turned emotional when his mortal remains, wrapped in the tricolour, was brought there.

The truck carrying his body travelled 5 km from his private residence in Dona Paula to Panaji, as people tried to catch a glimpse of the popular leader, who rose from the small coastal state to become the country's defence minister.

The area around the BJP office in the heart of the capital city was packed with people who arrived there to pay tributes to Parrikar before his final journey.

Mortal remains of Parrikar were brought to the BJP office Monday morning. Union Minister Nitin Gadkari, who reached Goa late last night, was among those who paid his last respects to his former Union cabinet colleague.

Parrikars mortal remains were then taken to the Kala Academy in Panaji where they will lie in state for public homage till around 4 pm, party sources said.

A sea of people from all sections of society and faith queued up outside the Kala Academy to offer their tributes to Parrikar.

Members of the Dawoodi Bohra community queued up outside the Academy along with common Goans.

The Goa unit of BJP put up a huge hoarding at the venue, showing the photo of a smiling Parrikar.

The funeral procession will begin at 4 pm and last rites will be held at 5 pm.

Parrikar, who had also been the defence minister, died on Sunday at his private residence in Dona Paula near the state capital after battling pancreatic cancer since February last year.

An official said the Ministry of Defence was asked to make arrangements for Parrikar's state funeral with full military honours.

”It has been decided by the government that state funeral will be accorded to the departed dignitary,” he said.

The final rites of Parrikar will be performed at the Miramar beach here, next to the memorial of Goa's first chief minister Dayanand Bandodkar, who was also cremated there, a state BJP spokesperson said.

After Parrikar's demise on Sunday evening, the body was kept at his residence for the night.

”His mortal remains were brought to the BJP office in the morning where they were kept for an hour before being taking to the Kala Academy to allow people to pay their last respects before his final journey,” the spokesperson said.

The central government has announced national mourning on Monday, officials earlier said. The national flag will fly at half-mast across the country.