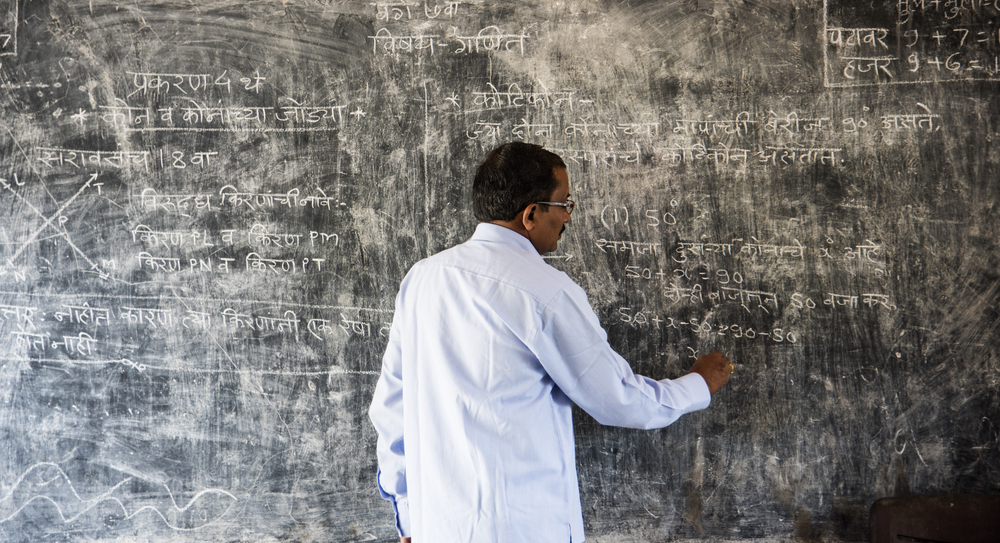 According to the report, the private institutions that made up over 90 per cent of the country’s 17,000 teacher-training colleges offered poor salaries that attracted only second-rate teachers.
Shutterstock
Basant Kumar Mohanty   |   New Delhi   |   Published 29.12.19, 09:45 PM

Private BEd and diploma colleges’ practice of hiring mediocre teachers for low salaries and generous marking in exams are among the biggest problems afflicting teacher training in India, an expert panel has said.

However, the government has kept the report under wraps for the past three-and-a-half years.

The findings of the report, accessed by The Telegraph, provide insights into why over three-fourths of the candidates — holders of BEd or teaching diplomas — have always flunked the Central Teacher Eligibility Test, crucial to schoolteacher recruitment.

The committee, appointed in 2015 to review the functioning of the teacher education regulator, the National Council of Teacher Education, handed its report to the human resource development ministry in April 2016. It was headed by former NCTE chairperson M.A. Siddiqui.

According to the report, the private institutions that made up over 90 per cent of the country’s 17,000 teacher-training colleges offered poor salaries that attracted only second-rate teachers.

Also, they set easy exam papers and awarded marks too liberally, allowing below-average students to not just pass but secure first class. Many of the institutions did not require the students to record 75 per cent attendance.

While paying the teachers peanuts, the report said, these colleges spent heavily on cosmetic infrastructure.

The committee recommended that state-level bodies be set up to fix a reasonable fee structure for these colleges, keeping in mind the running costs, and decent salaries for faculty.

It also suggested that the NCTE tighten its regulations and curb the number of these colleges to avoid unhealthy competition and surplus pass-outs. This newspaper had on Saturday reported how, despite the poor CTET success rates, the number of qualified teaching aspirants far outstripped the teaching jobs available.

Ashok Agrawal, president of the All India Parents Association, an education campaigner, said the success rate of would-be teachers was below 50 per cent even in the state-level Teacher Eligibility Tests.

“The problem is, the teacher-training colleges are money-making establishments,” he said.

“Most of these were started by politicians and businessmen who have no relation to education. Neither the government nor the NCTE has done anything to regulate these institutions and ensure quality.”

The principal of a CBSE school in Gurgaon said: “I recently interviewed a few candidates for the post of physics teacher. None of them could answer questions relating even to basic concepts. All of them had BSc and BEd degrees.”

An email sent to the HRD ministry asking why the Siddiqui report had been held back and whether action had been taken to check malpractices in teacher training had evoked no response till Sunday evening.

NCTE chairperson Satbir Bedi told this newspaper she was outside Delhi and suggested that member secretary Sanjay Awasthi be contacted.

Awasthi said the NCTE was hobbled by a lack of data on the individual colleges, without which it could not punish the errant institutions.

“Even now, we don’t have full information about the exact location of many of the approved institutions, or their physical infrastructure, teacher strength and attendance levels,” he said. “Every effort taken to get these data had to face cases in various courts across the country. That is why data collection has been delayed.”

While the colleges are NCTE-approved, they are affiliated to various universities. Whenever the NCTE seeks data, which it has been doing since 2016, many of them move court alleging interference with their autonomy.

In September 2019, the NCTE asked all the colleges to furnish “performance appraisal reports”, which were to contain information on their physical infrastructure and academic staff.

This time it sought the PAN of the teachers instead of their Aadhaar number, which had prompted the colleges to cry foul in court. Some of the institutions still went to Delhi High Court and obtained a stay.

“But the hon’ble court has not directed us to stop the process (for the other colleges). We are going ahead with the PAR collection and hope to get some kind of data soon,” Awasthi said.