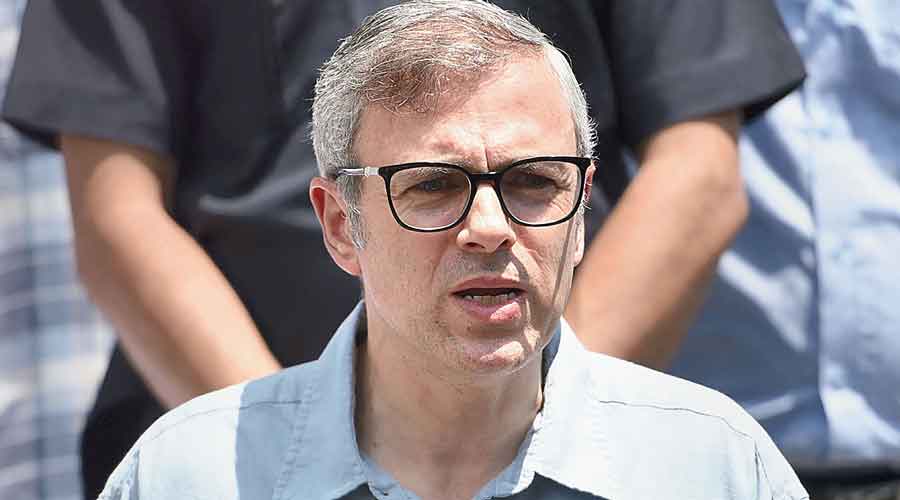 The Delimitation Commission has proposed six new Assembly seats for Jammu and one for Kashmir, angering Valley parties and bolstering the BJP’s quest for a majority and a Hindu chief minister in the country’s biggest Muslim-majority region.

The Centre had unilaterally set up the commission last year to carve out new Assembly seats in Jammu and Kashmir although its erstwhile Assembly had put delimitation on hold till 2026.

If the commission’s proposal is accepted, Hindu-majority Jammu’s share of Assembly seats will increase from 37 to 43 and that of the overwhelmingly Muslim Valley from 46 to 47.

Both the National Conference and the People’s Democratic Party alleged the proposals served the BJP’s “political agenda”. All the parties in the

Union Territory have been asked to send in their views on the draft proposal by December 31.

Population is the main parameter for delimitation of seats. According to the 2011 census, the Valley’s 68.8 lakh people made up 56.3 per cent of Jammu and Kashmir’s population of 1.22 crore (excluding Ladakh which is now a separate Union Territory) while Jammu’s 53.5 lakh made up about 43.7 per cent.

If the commission proposal is accepted, however, the Valley’s share of seats will be 52.22 per cent against Jammu’s 47.77 per cent, with the Kashmir seats having an average population of 1.46 lakh against 1.25 lakh in Jammu.

The BJP has never won more than 25 seats in the Jammu and Kashmir Assembly, far short of the majority mark of 44 in the erstwhile 87-member House (including 4 Ladakh seats).

The goal of majority would remain difficult even if the latest proposal is accepted, but not impossible because of the increased seats in Jammu, gerrymandering and total control over institutions in Jammu and Kashmir.

The commission, headed by the former Supreme Court judge, Justice Ranjana Desai, held its second meeting in Delhi on Monday and shared the draft proposal with the five Lok Sabha members from Jammu and Kashmir, including Srinagar MP Farooq Abdullah.

Sources said the three Valley MPs, all from the National Conference, opposed the proposal while the two BJP Lok Sabha members from Jammu, including minister of state in the PMO Jitendra Singh, supported it.

The National Conference MPs were attending the meeting for the first time after boycotting the previous engagements.

Former chief minister Omar Abdullah said the draft proposal was “unacceptable” in the light of the 2011 census data.

“It is deeply disappointing that the commission appears to have allowed the political agenda of the BJP to dictate its recommendations rather than the data which should have been its only consideration. Contrary to the promised ‘scientific approach’, it’s a political approach,” Omar tweeted.

It is deeply disappointing that the commission appears to have allowed the political agenda of the BJP to dictate its recommendations rather than the data which should have been it’s only consideration. Contrary to the promised “scientific approach” it’s a political approach.

Mehbooba tweeted: “The real game plan is to install a government in J&K which will legitimise the illegal & unconstitutional decisions of August 2019.”

This commision has been created simply to serve BJPs political interests by dividing people along religious & regional lines. The real game plan is to install a government in J&K which will legitimise the illegal & unconstitutional decisions of August 2019.

The party accused him of misrepresenting facts, tweeting: “Very misleading statement. We have clearly expressed our resentment over the draft of the Delimitation Commission, the biased process of seat sharing. The party will not be a signatory to this report.”

Prime Minister Narendra Modi had at an all-party meeting with Jammu and Kashmir politicians on June 24 favoured an early completion of delimitation followed by Assembly polls and then the restoration of statehood. But the Valley parties favoured elections only after statehood had been restored.

The last redrawing of seats in Jammu and Kashmir was done in 1995. At that time, too, the then state was under central rule and Jammu got more extra seats – five against four for the Valley.

The commission has retained the 24 Assembly seats for Pakistan-occupied Kashmir that remain perennially unfilled.