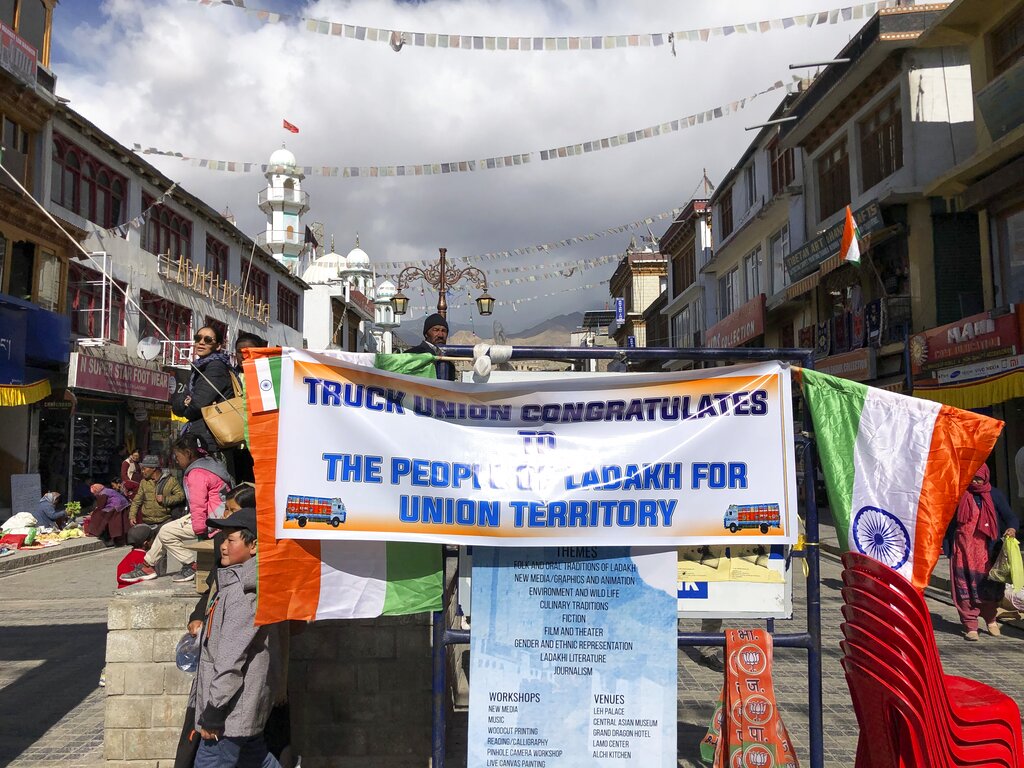 The Pakistan government on Sunday rejected the latest political maps issued by India, which showed the entire Kashmir region as part of India, calling them 'incorrect and legally untenable'.

India on Saturday released fresh maps of newly created Union Territories (UTs) of Jammu and Kashmir, and Ladakh and the map of India depicting these UTs.

In the maps, Pakistan-occupied Kashmir is part of the newly created Union Territory of Jammu and Kashmir, while Gilgit-Baltistan is in the UT of Ladakh.

In a statement on Sunday, the Pakistan Foreign Office said, '(The political maps) displaying Jammu and Kashmir region and seeking to depict parts of Gilgit-Baltistan and Azad Jammu and Kashmir within the territorial jurisdiction of India, are incorrect, legally untenable, void and in complete violation of the relevant United Nations Security Council Resolutions'.

'Pakistan rejects these political maps, which are incompatible with the United Nations' maps,' the Foreign Office said.

Pakistan said that no step by India can change the 'disputed' status of Jammu and Kashmir, which has been 'recognised by the United Nations'.

It said such measures by the Government of India cannot prejudice the inalienable right to self-determination of the people of Indian-occupied Jammu and Kashmir.

The Foreign Office said Pakistan would continue supporting the legitimate struggle of the people of Indian-occupied Jammu and Kashmir for exercising their right to self-determination in accordance with the relevant UN Security Council Resolutions.