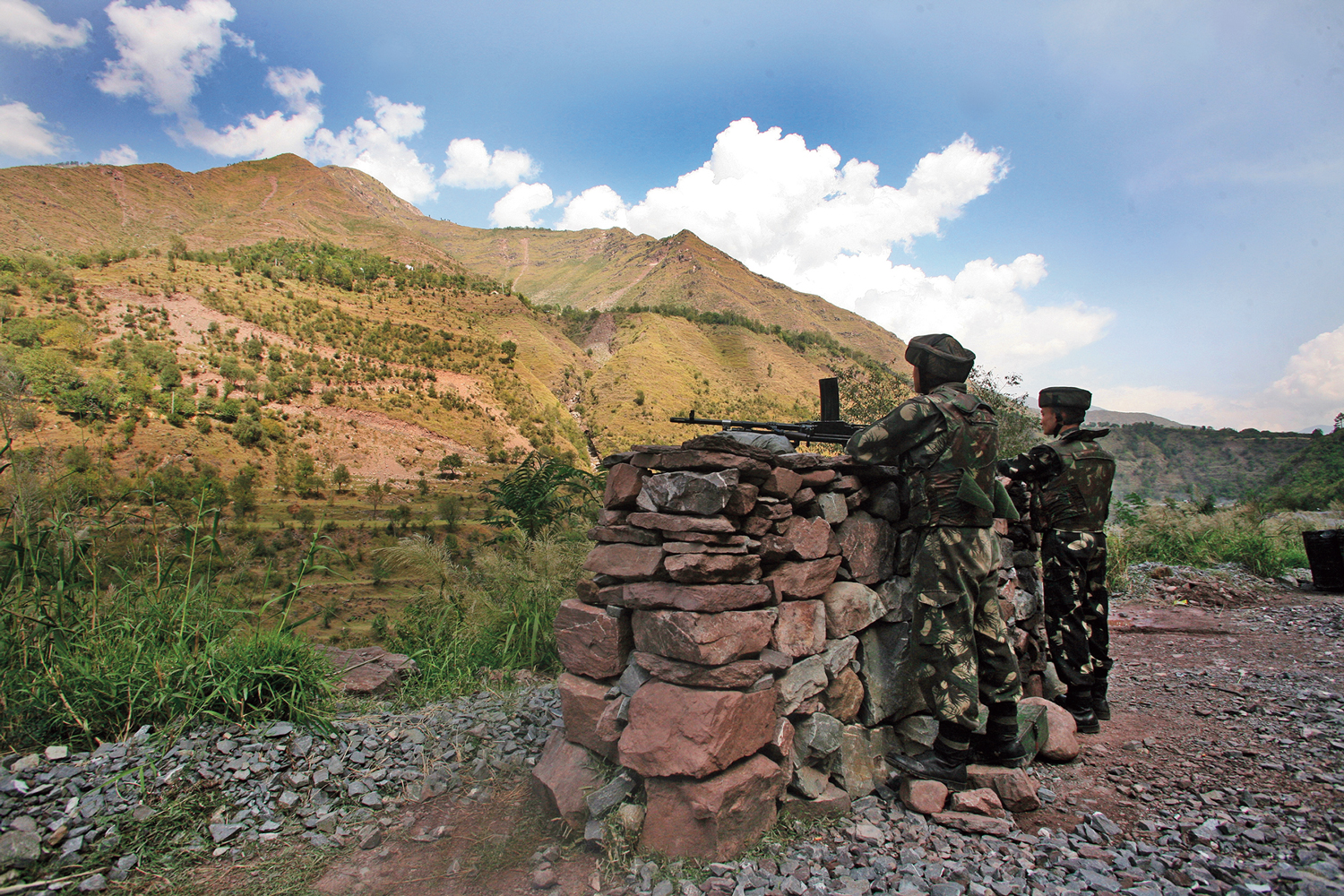 Pakistan-occupied Kashmir (PoK) forms the left outer ear of the India map — sans lobe. It comprises what the people of Pakistan refer to as Azad Kashmir or AJK, short for Azad Jammu Kashmir and Gilgit-Baltistan.

Now, ears will be tweaked, boxed, pulled — that is their lot. Every time there are surgical strikes, geographies smart — outer ear, inner ear — a people suffer. In her 2018 book, Between The Great Divide (BTGD), Islamabad-based researcher Anam Zakaria writes about the people who inhabit PoK, but leaves out Gilgit-Baltistan. “…historical, geographic, political and cultural differences,” she explains.

PoK constitutes 13,297 square kilometres and a population of 40 lakh. More than 280 villages along the Line of Control (LoC) on the Pakistani side fall in this region. Thirty-year-old Zakaria cautiously slips Azad within single inverted commas — “...to denote that the label of freedom in itself needs to be deconstructed to fully explore the state of ‘azadi’ — or lack thereof — enjoyed in the region”.

She visited the region first in 2014 to celebrate her wedding anniversary; the experience triggered the book. Between then and 2017, she made eight trips to the area.

Zakaria carefully explains to The Telegraph this geography. PoK is divided into Mirpur, Muzaffarabad and Poonch, which are further divided into 10 districts. Her research was focussed on Muzaffarabad, the capital of PoK and a three to four-hour drive from Islamabad, and Neelum district. She says, “Neelum Valley begins at the Chela Bandi Bridge, north of Muzaffarabad, and extends for more than 200 kilometres, with many of the villages situated right by the LoC. From Neelum Valley, Indian-administered Kashmir is very visible and at some points the two sides come so close together that divided families are even able to sit by the river — which serves as the LoC — to talk to their relatives across.”

Zakaria adds, “When I was researching and writing The Footprints of Partition: Narratives of Four Generations of Pakistanis and Indians (2015), I mostly explored Partition through the Punjab lens. It was during my initial trips to Kashmir that I began to understand how Partition and post-Partition events had left deep imprints on the region and how important it was to share these stories if we wanted to work towards conflict resolution.”

In Zakaria’s experience, to date, PoK seems to exist in the psyche of the rest of Pakistan only in the context of India’s Jammu and Kashmir. She writes, “It was as if ‘Azad’ Kashmiris did not have their own identity... Rather they were only worthy of mention if the Indian state had shelled or fired at them.”

PoK has its own government which was formed in 1947. It has its own elected president, prime minister, legislative Assembly, high court. The chapter titled “Watermelon With The President” is based on Zakaria’s interview with the President of PoK. It stands out for the edgy title and the bordering-on-caricature portrayal of Sardar Muhammad Yaqoob Khan. Says Zakaria, “I wanted to speak to somebody from the AJK [PoK] government to understand the structure of the local government better and to see how AJK [PoK] government officials view their relationship with Pakistan.” She writes about how she begins the interview by asking him about the structure of the PoK government; in response, he looks her up and down and says that to earn respect anywhere in the world, she must cover her head.

She explains she was also keen to meet Khan because she had heard from many Kashmiris that the PoK government did not enjoy much autonomy. And what was the takeaway? “In many ways the interview reinforces the view that the President of AJK [PoK] or the government for that matter does not have much power. However, more recently some Kashmiris feel that the 13th Amendment to the AJK Interim Constitution Act of 1974 will empower the local government. Only time will tell how this will materialise in terms of actual power dynamics.”

BTGD captures and presents the voices of the different “types” — the Sikh, the former mujahideen commander, the women, the refugees, the nationalists — that inhabit PoK.

Though Zakaria’s Partition narrative was also a collection of oral narratives, one wonders if there is a difference between interviewing people about a now distant past, and egging on others to articulate wounds that are more immediate. “The interviews were difficult to conduct, listen to upon return and write about,” says Zakaria.

Reportedly, 2,500 people died in Neelum Valley alone between 1989 and 2003, that too when the ceasefire was on. In January 2018, the Pakistan Foreign Office issued a statement saying there were 1,900 ceasefire violations in 2017. (According to the Indian ministry of defence, there were 860 ceasefire violations by Pakistan in 2017.) Zakaria continues, “I was speaking to mothers whose sons had been killed, whose chopped up body parts they had had to pick up. I was speaking to people who had been tortured. I was speaking to people who remain divided from family members even decades later. I had to be aware of ethical issues, of not pushing too far.”

The book is replete with disclaimers and caveats, inverted commas and parentheses — containing Indian versions, Pakistani versions, history, political updates — and footnote upon footnote. And when Zakaria sketches the “types”, she assiduously indexes facial expressions of her subjects as well as her own dilemmas and struggles as she negotiates confidences and boundaries and ideologies. You can almost see her walking the tightrope — or would that be the LoC?

From what she says, it works as a narrative tool at one level and also a conscious confessionary mechanism. “As I challenge my own preconceived notions and stereotypes I have acquired through biased textbooks, one-sided media reports, etc., I hope that perhaps others — who have also been subject to similar information — might be able to look at the onground reality in a more holistic way too… I want to be honest about my own unlearning process with my readers.”

In the chapter “A People that Time Forgot”, she notes, “Prior to my trips to Kashmir, I had never heard or read about these refugees; most Pakistanis are oblivious to them.”

By “refugees”, Zakaria is referring to those who moved in to PoK from the Indian side. In 2017, the prime minister of PoK said that since 1989 the region had seen an influx of 40,000 people. They live in camps set up by the Pakistani government.

Are these people aware of how invisible they are to mainland Pakistan? Says Zakaria, “There is frustration amongst refugees in terms of their living conditions and they feel that the Pakistani state should do more... In that sense, they feel their stories are not heard enough and there isn’t sufficient attention given to their issues. However, much of their grievances are directed towards the Indian state and Indian policies which they feel stand as great impediments to conflict resolution and to their own return home.”

And now, having seen them, heard them, what does she make of this oblivion? Zakaria admits that hearing stories, not just those of refugees but also of the families living by the LoC facing mortar shelling, is heartbreaking. She says, “I’m left with a sense of guilt at being so ignorant all this time. I’m also angry at the lack of attention their stories receive in national, regional and international mainstream narratives on the J&K conflict.”

Of all the interviews, the ones of the women stand out. So on one hand is the former mujahideen commander who avows — “I have left armed struggle, but I would never leave the movement”. On the other are the refugees, “secular nationalists, opposing Kashmir’s unification with Pakistan”. Somewhere in between are the women.

In the chapter “The Women Have Had Enough”, Zakaria notes how one of the women from Athmuqam town told her: “...We are not hungry for Kashmir. There is no ‘Azad’ Kashmir, there will be no ‘Azad’ Kashmir. All of this is just a facade for the Pakistani establishment and a handful of mujahideen to gain power, money...We don't want to be a part of it anymore. We just want peace.”

Says Zakaria, “I have noticed that women often speak in silences more… Having said that, many of the women were also very forthcoming with their stories. They want people to hear that they only want peace and in many ways they were less reserved than men in sharing views that are often not voiced in the region… They had relinquished fear after losing so much...”

How has the book been received in Pakistan? “The response is still unfolding,” says Zakaria. She adds, however, that there have been positive reviews in mainstream Pakistani newspapers. “It has been appreciated for bringing forth narratives that are often not discussed.”

Ifs and buts notwithstanding, the geography is witnessing a slew of development projects — Saudi Arabia is helping build a university, a South Korean project is underway, then there is the presence of the Chinese for the China-Pakistan Economic Corridor (CPEC). Not surprising as the region is rich in natural resources.

Is there new energy in the region, new hope and excitement at the prospect of a more prosperous and consequently a more secure future? Says Zakaria, “In recent years, ceasefire violations have intensified, bunkers have been renovated and a sense of fear and uncertainty has returned. Unemployment and development issues also continue to plague the region. New governments make promises and CPEC seems to offer new opportunities but the locals, including the youth, are aware that progress here is very closely tied to stability on and across the LoC and is dependent on state-level policies in India and Pakistan. Till both states work towards peace, development and progress will always be under threat.”

And what according to her is the attitude of the “Azad” Kashmiris towards India? “India is mainly viewed through the prism of Kashmir and seen as the enemy,” she replies squarely. Then adds, “While people in the book voice criticism of Pakistani policies and some even want an independent Kashmir, what remained clear during these interviews was that there were no favourable views towards India or Indian policies. It is widely understood that Indian forces are oppressing Kashmiris and that the world needs to do more to support the Kashmiri struggle for independence — whether that means joining Pakistan or not is a different story.” 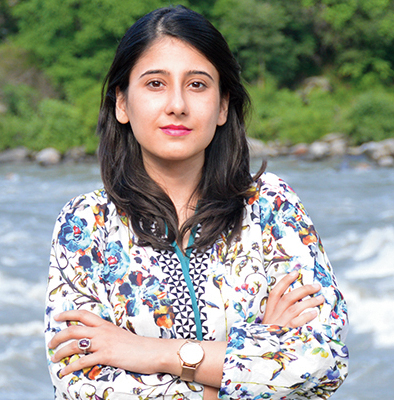 City of lights Lahore looms large in this novel