104-year-old teacher, was felicitated on November 9 for his long contribution in the field of education and social service 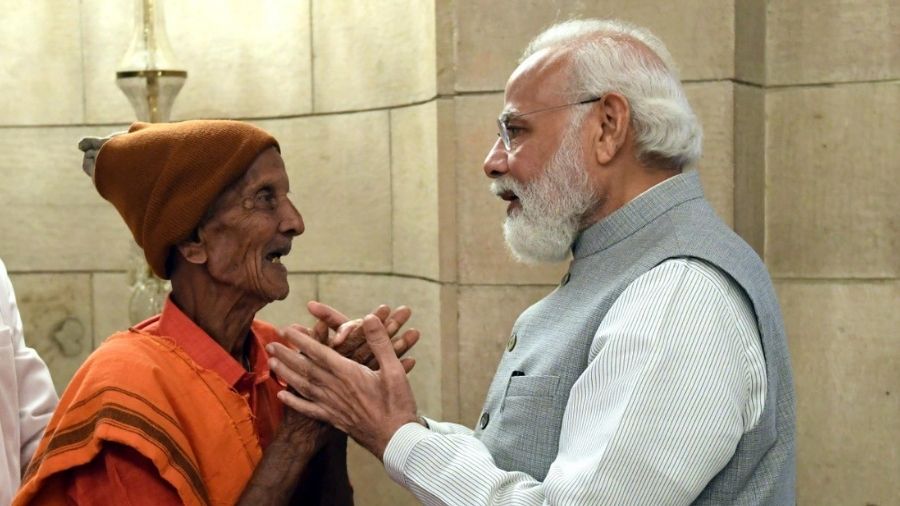 Centenarian teacher Nanda Prusty, a class 8 pass-out who had been educating children and village elders free of cost for the last seven decades in Odisha, died at a private hospital in Bhubaneswar on Tuesday, a family member said.

The 104-year-old teacher, popularly known as Nanda Master', was bestowed with the Padma Shri on November 9 for his long contribution in the field of education and social service.

Just before receiving the award, Prusty had raised both his hands to bless President Ram Nath Kovind, who bowed his head with folded hands, and the picture had gone viral on social media.

Prime Minister Narendra Modi condoled the death and said the much respected Nanda Sir will be remembered for generations due to his efforts to spread the joys of education in Odisha.

A resident of Kantira village in Sukinda block of Jajpur district, Prusty was admitted to a community health centre on November 29 after he complained of cough and cold, and old-age-related problems.

He was shifted to the district headquarters hospital after his condition deteriorated on the same night.

The veteran teacher had tested positive for COVID-19 on November 30 following which was shifted to a private hospital in the state capital last Saturday.

He passed away at 1.28 pm today, his grandson Khageswar Prusty and hospital authorities said.

Chief Minister Naveen Patnaik posted on social media, His valuable contribution in education and lifelong sacrifice will remain as an ideal forever. May his soul rest in peace.