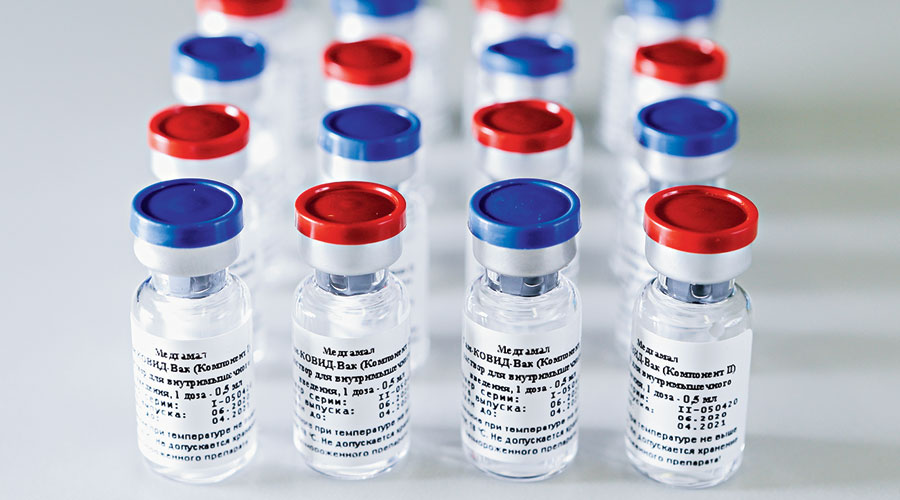 A Chennai-based volunteer last week claimed that he suffered serious side effects after being administered a shot of the vaccine.
File picture
Our Bureau, Agencies   |   Pune   |   Published 01.12.20, 04:28 PM

The Serum Institute of India on Tuesday quashed all allegations that a Covid-19 trial vaccine volunteer had undergone serious side effects after a dose of the same developed by AstraZeneca and the Oxford University was administered to him. It stressed that the vaccine was immunogenic and safe.

"We would want to assure everyone that the vaccine won't be released for mass use unless it is proven immunogenic, and safe," said SII, the world’s largest vaccine producer, in a blog.

A Chennai-based volunteer had claimed, last week, that he had suffered serious psychological and neurological effects after being administered with the vaccine shot, and sued the company along with others, demanding Rs 5 crore.

"The incident with the Chennai volunteer though highly unfortunate was in no way induced by the vaccine and Serum Institute of India is sympathetic with the volunteer's medical condition," the Pune-based institute said.

The SII is conducting trials of the AstraZeneca vaccine in India as a part of an agreement related to manufacturing.

"Taking into consideration the complexities and existing misnomers about vaccination and immunisation; the legal notice was sent (to the volunteer) therefore to safeguard the reputation of the company which is being unfairly maligned," Serum said.

The institute also said that all the required regulatory and ethical processes and guidelines were strictly followed.

"The concerned authorities were informed and the principal investigator, DSMB and the Ethics Committee independently cleared and reckoned it as a non-related issue to the vaccine trial,” the institute said.

"Post which, we submitted all the reports and data related to the incident to the DCGI (Drugs Controller General of India). It is only after we cleared all the required processes that we continued with the trials," it added.

In response to claims made by the volunteer, SII had on Sunday stated that the allegations were "malicious and misconceived".