A crowd which caused a traffic jam outside demanded a refund or alternate arrangement for their relatives who were present inside the terminal building, says DCP (airport) Tanu Sharma 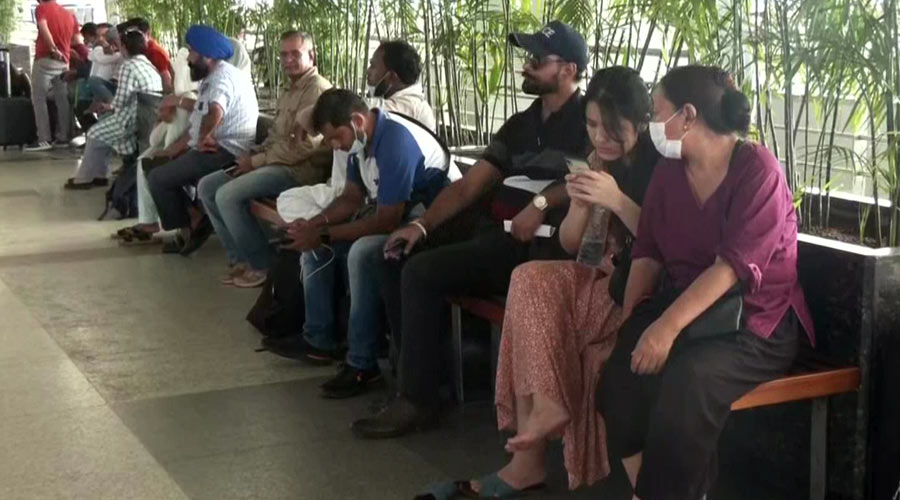 Delhi airport witnessed early morning chaos on Friday as nearly 700 passengers were affected after Lufthansa cancelled flights to Munich and Frankfurt due to pilots' strike.

Lufthansa group, on Thursday, said it has to cancel 800 flights at its hubs in Frankfurt and Munich for Friday due to the strike by pilots, reports PTI.

Sources at the Delhi airport on Friday said, one flight each to Munich and Frankfurt were cancelled by Lufthansa, which impacted nearly 450 passengers. There was chaos at the airport early in the morning and the affected passengers were later provided refreshments and accomodation, they added.

According to police, more than 100 people, relatives and family members of the stranded passengers, gathered outside the airport and demanded refunds or alternate arrangements, PTI reported.

Information was received on Friday at 12.15 am that a crowd had gathered on the main road in front of departure gate number 1, Terminal 3 IGI Airport, a senior police officer said.

The crowd which caused a traffic jam outside demanded a refund or alternate arrangement for their relatives who were present inside the terminal building, Deputy Commissioner of Police (airport) Tanu Sharma said. "When they were told that the flights had been cancelled without any prior intimation, they became agitated. They were later pacified by the CISF and the airport staff," she said.

On Thursday, Lufthansa said the strike announced by the pilots' union Vereinigung Cockpit (VC) will have a massive impact on flight operations on Friday. "Lufthansa has to cancel 800 flights at its hubs in Frankfurt and Munich for Friday, with single flights also being cancelled as early as today, Thursday, September 1.

"An estimated 1,30,000 passengers will be affected, in view of the upcoming weekend, the end of the holidays in some parts of Europe. Lufthansa is working with joint forces to return its flight operations to a normal status as quickly as possible. Nevertheless, the effects of the strike may still lead to individual flight cancellations or delays this Saturday and Sunday," it had said in a statement.