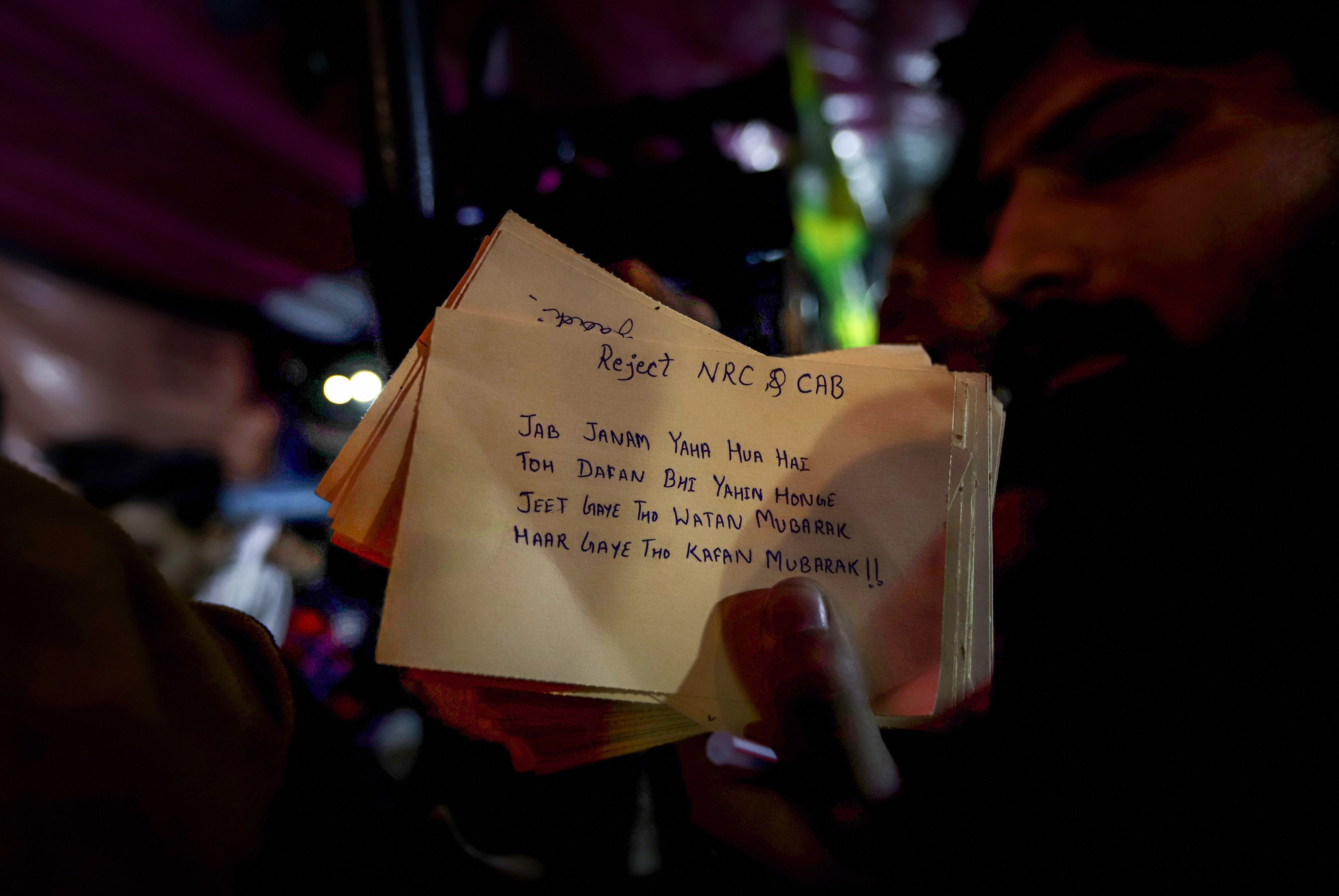 The Narendra Modi government’s efforts to move the women of Shaheen Bagh have failed so far, now the attention has turned to their children.

The National Commission for the Protection of Child Rights on Tuesday asked the district magistrate of South East Delhi to identify children, seen in a video protesting against the citizenship law, counsel them and produce them before a Child Welfare Committee if required.

Women of Shaheen Bagh, a crowded neighbourhood near the Yamuna, have been on a continuous vigil against the new citizenship matrix for more than a month. Many are accompanied by their children — the youngest was 20 days old when the protest began. The women and children occupy the main protest tent.

The NCPCR, which works under the government of India, sent a notice to district magistrate Harleen Kaur about the video where the children “are shouting that their elders have told them that the Prime Minister and home minister will ask them to produce documents of citizenship, and if they fail to produce (them), they will be sent to detention centres, where they will not be allowed even food and clothing”.

It asked Kaur to instruct the district child protection officer along with a police child welfare officer to identify the children “and arrange counselling for them, and also their parents, if deemed fit. Further, if required, the children may be produced before a CWC (Child Welfare Committee) also”.

Child Welfare Committees in every district adjudicate upon issues such as custody of children under the Juvenile Justice (Care & Protection of Children) Act, 2015. They are empowered to take children into protective custody, away from their parents, if required.

Kaur, who has been asked to report back in 10 days, did not respond to a call and a message.

Shaheen Kausar, one of the leaders of the protest, told The Telegraph: “Where there are mothers, there will be children. What are the slogans being investigated? Yes, children should not be shouting slogans, and I have said so from the stage. But children should know about issues, about what is bad and good about any law.”

Many volunteers have been coming to Shaheen Bagh to talk to the protesters about the CAA, NRC and the NPR. Some have held workshops for the children.

The NCPCR, however, is yet to notice viral videos of children shouting anti-Muslim slogans at the BJP’s pro-CAA rallies.