Prodigal prince knows not of national pride. Jay Shah not wanting to hold the national flag is symptomatic of the larger hypocrisy of the ruling dispensation: TMC general secretary Abhishek Banerjee 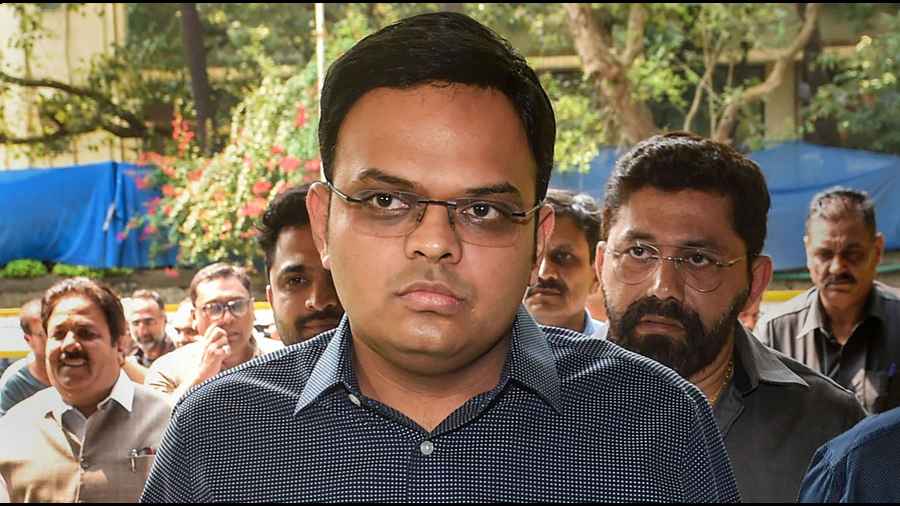 Video footage of BCCI secretary Jay Shah appearing to turn down an offer to wave the national flag after India beat Pakistan in a thrilling cricket match at the Asia Cup in Dubai on Sunday has sparked a controversy, with Opposition leaders taking a dig at him.

In a tweet, Chaturvedi said the tricolour in hand is a symbol of the resolve and loyalty of Indians to the nation and to "dismiss it in this way is an insult to the country's 133 crore population".

Tagging the video footage of the Board of Control for Cricket in India (BCCI) appearing to turn down an offer to wave the flag, Congress general secretary Jairam Ramesh tweeted in Hindi: "I have papa, keep the tricolour with you."

Congress leader Ajoy Kumar also tweeted the footage and wrote in Hindi: "Looks like the tricolour was of 'Khadi'... not of 'polyester'!"

The Congress has been strongly criticising an amendment of the flag code under which the national flag can now be made of polyester and with the help of machines.

Tagging the video, Trinamool Congress (TMC) general secretary Abhishek Banerjee tweeted: "The prodigal prince knows not of national pride. Jay Shah not wanting to hold the national flag is symptomatic of the larger hypocrisy of the ruling dispensation. They indulge in theatrics, lack values. Excel in jumlas, lack patriotism."

Commenting on the video, TMC leader Derek O'Brien said: "Dear Amit Shah, please tell the nation whether this act infuriates you? Whether the act hurts your nationalistic sentiments? Or, will this act be forgiven only because he's your son?"

"We are not looking for excuses. We are looking for concrete answers. Sincerely, an angry Indian," he said.

TMC spokesperson Saket Gokhale said the ruling Bharatiya Janata Party (BJP) has argued that Jay Shah did not hold the tricolour on Sunday night because he was there as the ACC president and was following protocol.

Hardik Pandya came up with a special all-round effort as India held their nerves to pull off an exciting five-wicket win over Pakistan in the match.