Odisha to make villages of Pulwama martyrs into model ones 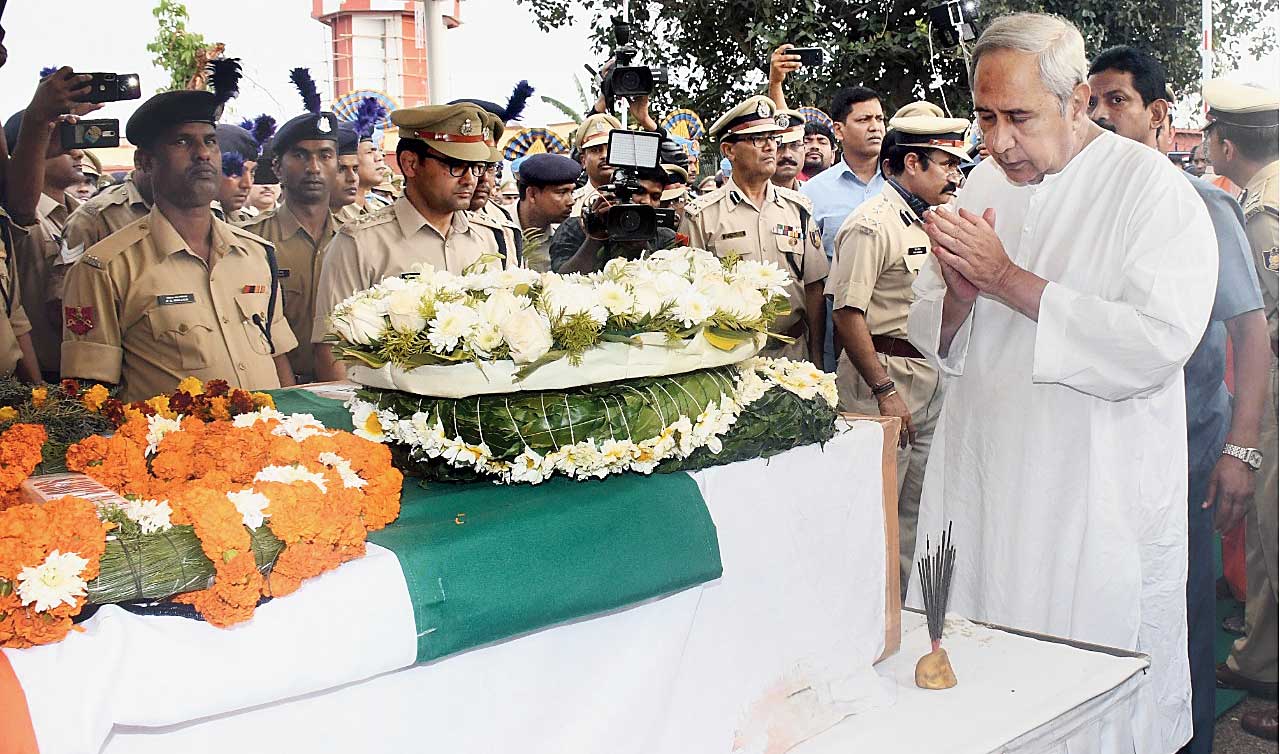 The villages of Manoj Kumar Behera, 33, and Prasanna Sahu, 51, who were among the 40 CRPF jawans killed in Thursday’s terror attack in Pulwama, will be made model panchayats and their schools named after them, Odisha chief minister Naveen Patnaik said after paying homage to the martyrs at the Biju Patnaik airport on Saturday afternoon.

“Their villages will be made model panchayats and their schools will be named after the saheeds,” said Naveen and added that the state would bear the cost of education of the two jawans.

The chief minister also announced an ex-gratia of Rs 25 lakh each for the family members of the jawans. As a mark of respect for the martyrs, educational institutions across Odisha observed two-minute silence on Saturday.

A large number of people had turned up at the airport to show respect to the departed jawans. As the two coffins draped in national colours arrived at the airport, people raised slogans in the names of the two jawans and demanded that the government should not spare their killers.

While people raised slogans in the name of the jawans and against Pakistan, the family members of Behera and Sahu quietly sat inside a makeshift tent of the CRPF.

Two friends of Manoj took care of his mother Sabitri Behera, who is yet to overcome the shock of losing her son.

Prasanna’s only son Jagan Sahu, a Plus Two first-year student, was inconsolable.

“I am proud of my father. At present I am not bothered about my future, but I want revenge. I don’t want the sacrifice of my father to go in vain.”

Bihar politicians assembled at the airport to pay tributes to the two martyrs.

Members of Lions Club, Dimapur, at a candlelight vigil in honour of the slain CRPF personnel.
Picture by Bhadra Gogoi

Rs 11 lakh by the state government as compensation, along with monetary assistance of Rs 25 lakh from chief minister’s relief fund.

“It is a globally known fact that Pakistan helps and supports terrorist organisations that are trying to destroy the world with their activities,” Nitish said after paying floral tributes.

He added: “The kind of mood that is among the people in the country, a strong action will have to be taken.”

As CRPF convoys carrying the bodies of the martyrs left the airport to take Sanjay to his native place at Taregna Math village in Masaurhi block in Patna district and Ratan to Ratanpur village in Bhagalpur district, there was a crowd of people waiting along the

roads to bid the bravehearts a tearful farewell.

Ratan was also cremated near his native place. What made his funeral unique was that thousands of women from the area came forward to visit his home and expressed their anger on the incident.