He should learn to make chapattis so that he can help his wife at home, says Nationalist Congress Party leader 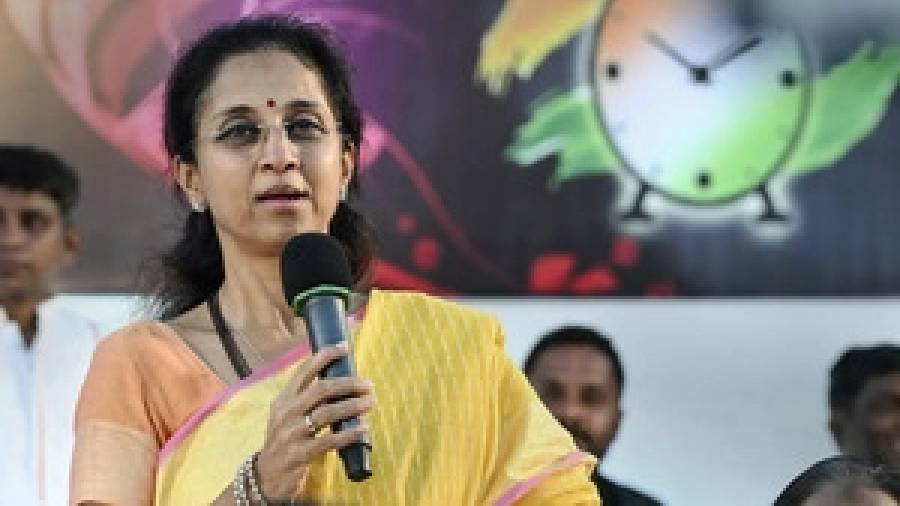 Maharashtra BJP president Chandrakant Patil has stirred a controversy with his comments asking NCP MP Supriya Sule to "go home and cook" instead of being in politics, drawing a sharp reaction from her party.

Patil made the remarks on Wednesday during a protest by the state BJP unit in Mumbai for seeking reservation for the Other Backward Classes (OBCs) in elections.

After the Supreme Court recently allowed reservation for the OBCs in local body elections in Madhya Pradesh, Sule, whose party shares power with the Shiv Sena and Congress in Maharashtra, had said she had contacted MP CM Shivraj Singh Chouhan during his Delhi visit, but he did not divulge what he did to get nod for the reservation.

On Wednesday, Patil, during the BJP's protest, hit out at Sule, who is NCP chief Sharad Pawar's daughter, saying, "Why are you (Sule) even in politics, just go home and cook. Go to Delhi or to a cemetery, but get us the OBC quota. Despite being a Lok Sabha member, how come you don't know how to get an appointment with chief minister."

Taking a dim view of Patil's remarks, NCP's state women wing president Vidya Chavan, without taking his name, said a person who denied ticket to a sitting woman MLA and contested from her constituency is bad-mouthing an MP, who has been honoured with the Sansad Ratna award (for good performance) twice.

"We know you believe in Manusmriti, but we will not remain silent anymore," she said.

"He should learn to make chapattis so that he can help his wife at home," the NCP leader quipped.

Notably, Patil, who hails from Kolhapur, contested the 2019 state Assembly election from Pune's Kothrud seat, where sitting BJP MLA Medha Kulkarni was denied the ticket to make way for him.

Supriya Sule's husband Sadanand Sule also in a social media post criticised Patil's remarks, saying, "This is the Maharashtra BJP president speaking about Supriya. I have always maintained that they (BJP) are misogynistic and demean women whenever they can."

"I am proud of my wife who is a homemaker, mother and a successful politician, one amongst many other hardworking and talented women in India. This is an insult to all women," he said.