Advertisement
Home / India / No survivors in AN-32 crash: IAF

No survivors in AN-32 crash: IAF

The wreckage of the plane was spotted by an IAF chopper on Tuesday at a height of 12,000 ft 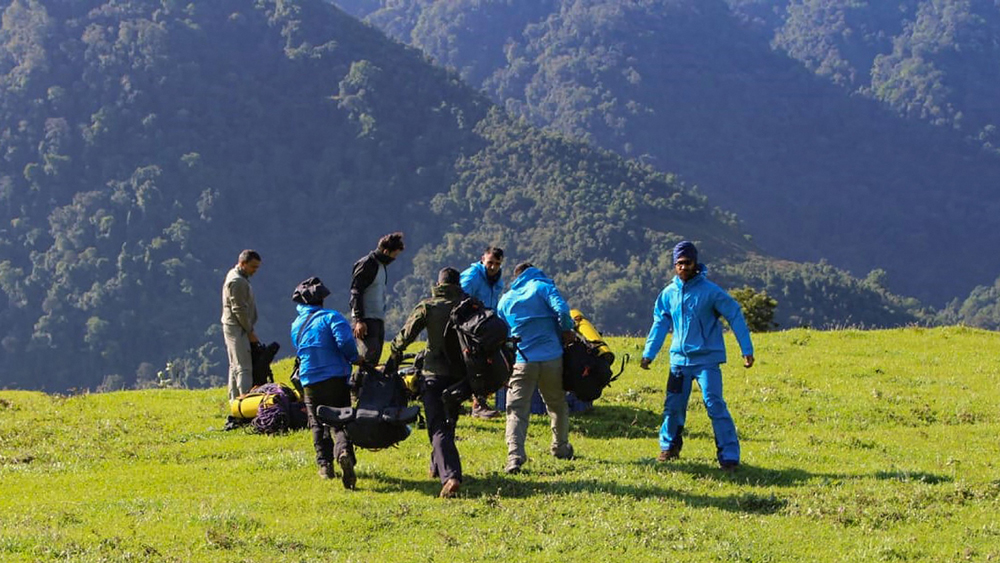 The Indian Air Force said all 13 people on board the AN-32 aircraft which crashed in Arunachal Pradesh are dead.

A team of rescuers searched the wreckage of the plane in a heavily forested mountainous terrain on Thursday.

An IAF official said there were no survivors from the crash of the AN-32 aircraft.

”IAF Pays tribute to the brave Air-warriors who lost their life during the #An32 crash on 03 Jun 2019 and stands by with the families of the victims. May their soul rest in peace,” an Indian Air Force (IAF) spokesperson said.

The Russian-origin AN-32 aircraft was going from Jorhat in Assam to Menchuka advanced landing ground near the border with China on June 3 when it lost contact around half-an-hour after taking off.

The wreckage of the plane was spotted by an IAF chopper on Tuesday at a height of 12,000 ft near Gatte village on the border of Siang and Shi-Yomi districts, after eight days of a massive search operation involving a fleet of aircraft and choppers as well as ground forces.

A 15-member team of rescuers were sent look for survivors in the accident Wednesday and eight of them reached the crash site on Thursday morning, an IAF official said.