No shame: Demonise Muslims but live off Muslim-majority countries 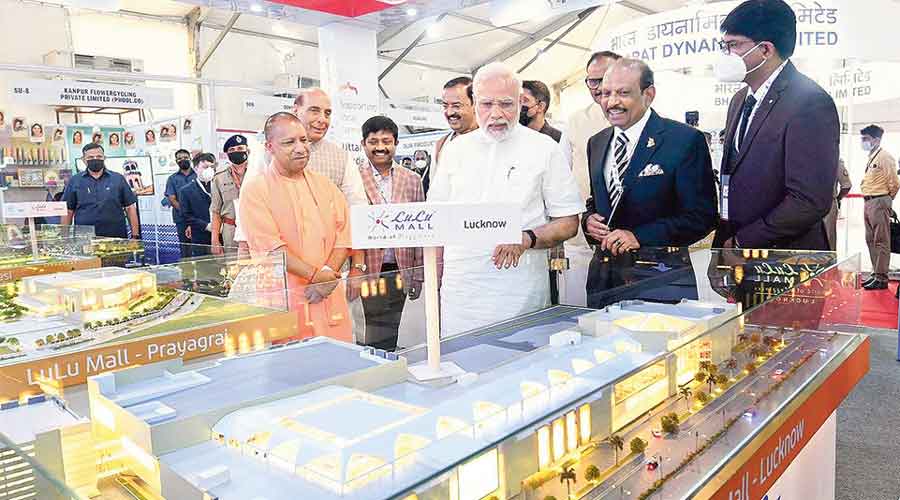 Heading out to shop, Tanwir Alam, an Indian emigrant in Kuwait, ran into a heap of Indian rice, tea and spices at Al-Ardiya Co-operative Society on the outskirts of Kuwait City.

The goods had been taken off the shelves and covered with plastic sheets with printed signs in Arabic announcing the authorities’ decision to remove Indian products at a time outrage has swept West Asia over now-axed BJP spokespersons’ denigrating comments on Prophet Mohammed.

“This is my 23rd year here. I have never seen anything like this,” said Alam, who grew up in Patna and studied management in Aligarh Muslim University before emigrating to the Gulf.

“India has always had a special place in this country.… The local people here trust Indians, irrespective of their religion, more than Pakistanis, Bangladeshis or for that matter Egyptians who speak the same Arabic language. Over the past few days, that trust seems to have been shaken and that’s evident from the reaction of the government and people on the street,” added Alam, now the general manager of Sama Al Kuwait Tours and Travels.

As many as 15 countries in the region and elsewhere have either summoned the Indian ambassador or issued statements denouncing the derogatory comments of Nupur Sharma and Navin Jindal.

The Narendra Modi government has been fighting the fire by citing the rare disciplinary action taken by the BJP and holding aloft a school composition-style statement from the party declaring its allegiance to the basic principles that any civilised group is expected to uphold.

The uncharacteristic scramble by the Modi government has drawn attention to the latent compulsions that forced its hand and invited the question whether the BJP is genuinely apologetic.

“The BJP is trying to woo capital from the Islamic world.… Already the Abu Dhabi-headquartered Lulu Group (the multinational conglomerate headed by Yusuffali M.A. from Kerala) has proposed a Rs 2,500-crore investment in Uttar Pradesh. The business linkages between some of the top business houses in India with sovereign wealth funds are growing. There is a corporate interest angle to India’s reaction,” said an academic who specialises in West Asia’s economic ties with India.

But the academic, who did not want to be named so that he could speak freely, added that the BJP and the Centre should have taken stronger steps against the spokespersons if they wanted to convince others that they were sincere about the secular declarations made in the party’s statement.

“Nupur Sharma has played by the BJP rule book of divisive politics and that’s apparent from the reactions of its troll army on social media.... The (disciplinary) action seems, at least till now, to be intended to protect certain interests,” the expert said.

While the Islamic world, especially the Gulf countries, is an important bloc because of the remittances that the expatriates send back home and India’s dependence on these nations for its energy requirements, some analysts think larger concerns are also at play.

“The remittance story is known to everyone, but there is also a lesser-known fact — that the immigration pattern from India has changed over the last few years, with Uttar Pradesh and Bihar emerging as the new supply centres of emigrants who have so far come mostly from states like Kerala. The remittance from the Gulf to villages in Uttar Pradesh has increased manifold in the past few years,” said another expert on migration and West Asian countries.

“Can the BJP government afford a backlash if the emigrants face the consequences of the controversial remarks?” he asked.

Several Indians living in the Gulf — the size of the Indian diaspora there is around 90 lakh, which is about 28 per cent of overseas Indians — told this correspondent that their local friends had been asking them tough questions about India’s secular credentials after the derogatory comments of Sharma and Jindal went viral.

Kareem Irfan, three-time president of the Federation of Indian Muslim Association in Kuwait, cited instances of the contracts of low-skill immigrants from India being terminated or not renewed and imports from India being suddenly cancelled.

“From our end, we are trying to convince the local people that those who made the comments were punished by the party and later tendered apologies.… I have personally attended some post-dinner discussion sessions, a tradition in the Arab world, and tried to convince people. But my friends here want to hear from the top leadership of India, which has been silent till now,” said Irfan, who has spent around four decades in Kuwait, a country that has over 1 million Indians.

According to Irfan, most of these Gulf countries follow a non-interfering foreign policy and that’s why they have hardly commented on the reports about attacks on Muslims in India, treating them as an internal matter of the country.

“But an insult to Prophet Mohammed is something else and that’s why you see this kind of reaction,” said the emigrant from Hyderabad.

While most Indians living in the Gulf are praying for speedy closure of the matter, political observers think the controversy has exposed a side of India that the BJP doesn’t want the world to see.

“The BJP’s assumption that what’s said in India stays in India is turning out to be wrong and the world has begun taking note of developments in India.… The BJP has to seriously think about its politics of treating Muslims as second-class citizens in the country and simultaneously living off the wealth of Muslim-majority countries,” Left-leaning economist Prasenjit Bose said.