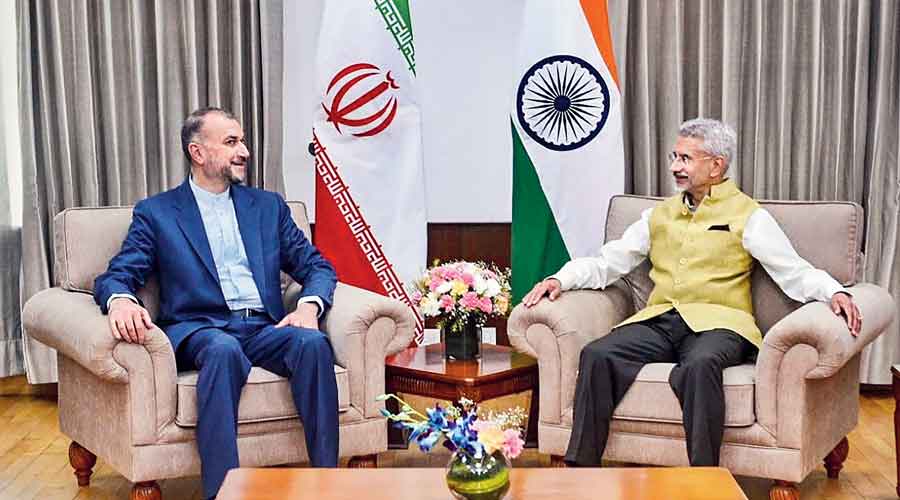 Iranian foreign minister Hossein Amir-Abdollahian flagged the denigration of Prophet Mohammed during his meeting with national security adviser Ajit Doval in the capital on Wednesday.

Iran’s Press TV said Doval lamented the offensive remarks and assured the Iranian minister of India’s respect for the Prophet, adding that wrongdoers would be dealt with by the government and related bodies in an exemplary manner.

“Amir-Abdollahian then lauded the respect shown by Indian people and officials toward divine religions and their sanctities, in particular Prophet Mohammed, saying religious tolerance, peaceful coexistence, and historical friendship among followers of different religions in India are exemplary,” Press TV said. While it quoted the minister as expressing satisfaction with the action taken by India, he underscored the need for taking care of the sensitivities of Muslims.

Before meeting Doval, the visiting minister met his counterpart S. Jaishankar who tweeted that the two reviewed the bilateral cooperation in trade, connectivity and health and people-to-people ties besides exchanging views on global and regional issues, including the Joint Comprehensive Programme of Action, Afghanistan and Ukraine.

During their meeting, an agreement on mutual legal assistance in civil and commercial matters was also signed.

Abdollahain also called on Prime Minister Narendra Modi who stressed the need for accelerating exchanges between the two countries. During the Donald Trump regime in Washington, India had cut back on oil purchases from Iran for fear of sanctions.