No relaxation of lockdown-like curbs yet, clarifies Maharashtra govt 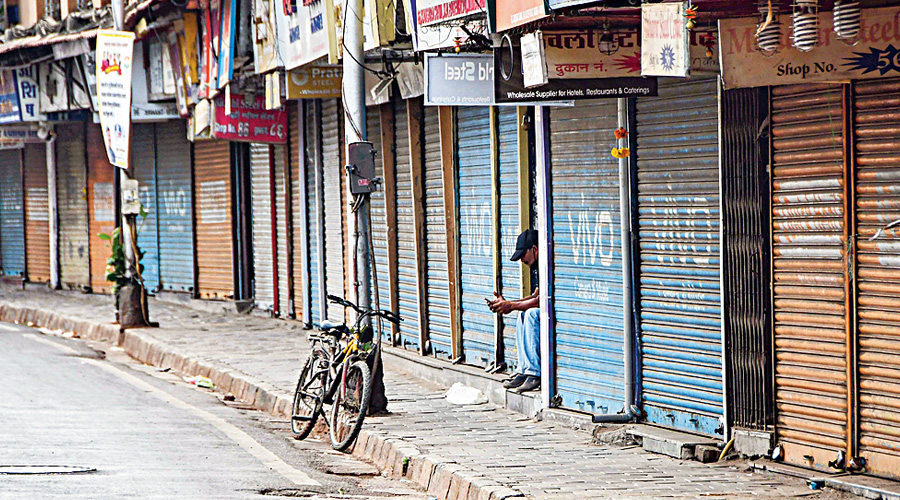 The government has not lifted lockdown-like curbs as Covid-19 has not been controlled completely yet, said CMO on Thursday.
File picture
Our Bureau, Agencies   |   Mumbai   |   Published 03.06.21, 08:10 PM

The Maharashtra government on Thursday evening clarified that the existing restrictions on account of Covid-19 have not been lifted anywhere, contrary to the announcement made by minister Vijay Wadettiwar.

Relaxation of restrictions as per the situation in different areas is only under consideration and no decision has been taken, a statement from the Chief Minister's Office (CMO) said.

Wadettiwar, minister for Disaster Management, later said only "in principle" approval to phasing out of restrictions was given, but no decision has been taken.

He had told reporters in the afternoon that restrictions would be lifted in 18 out of 36 districts in the state where the positivity rate is five per cent or less and the occupancy of oxygen beds in hospitals is less than 25 percent from Friday.

He had held a press conference after a meeting of the State Disaster Management Authority in Mumbai.

The CMO statement that followed said the government has not lifted lockdown-like curbs as Covid-19 has not been controlled completely yet.

"The coronavirus spread is serious in some rural areas....The curbs have not been completely lifted in the state," the statement added.

Last week the government had announced that the restrictions, imposed in April this year, would continue till June 15.

The CMO statement said that the Disaster Management department has decided five levels of severity of the pandemic based on the positivity rate and availability of oxygen beds.

The degree of relaxation will be decided as per the level of severity and guidelines on whether to relax the curbs or further strengthen them will be announced soon, the CMO said.

After the CMO issued the clarification, Wadettiwar told reporters that "in principle approval was given to phased lifting of lockdown curbs on the basis of positivity rate and availability of oxygen beds", but no final decision was taken.

"No `unlock' is happening in the state. Even though in principle approval has been given, final decision will be taken by the chief minister," the Congress leader said.