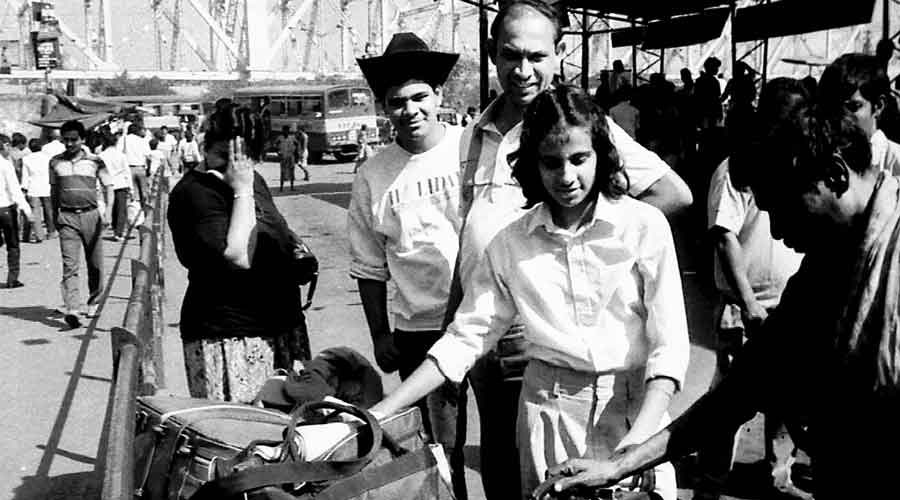 Former diplomat K.P. Fabian, who was joint secretary of the Gulf division in the external affairs ministry in 1990 during the world’s largest civilian evacuation ever out of Kuwait, told The Telegraph on Monday that “there is no need to send ministers”.

“What is needed is to strengthen the embassies with more officers and staff having the necessary language skills. By sending a minister, you are not solving a problem. Yes, he can call on his counterparts but the ambassadors too can do this. This is being done with headlines in mind. We did not do this during the Kuwait evacuation. There were no cellphones even back then.”

As for the then foreign minister I.K. Gujral visiting Iraq to meet President Saddam Hussein, the retired diplomat said: “He was carrying a letter from the Prime Minister seeking Saddam’s cooperation in evacuating Indians.”

In all, 170,000 Indians were brought out of Kuwait by road, after which they proceeded overland through Iraq into Amman from where they were airlifted.

Kuwait: cloud on lakhs of Indians