The sprawling mansion was worth around Rs 40 crore 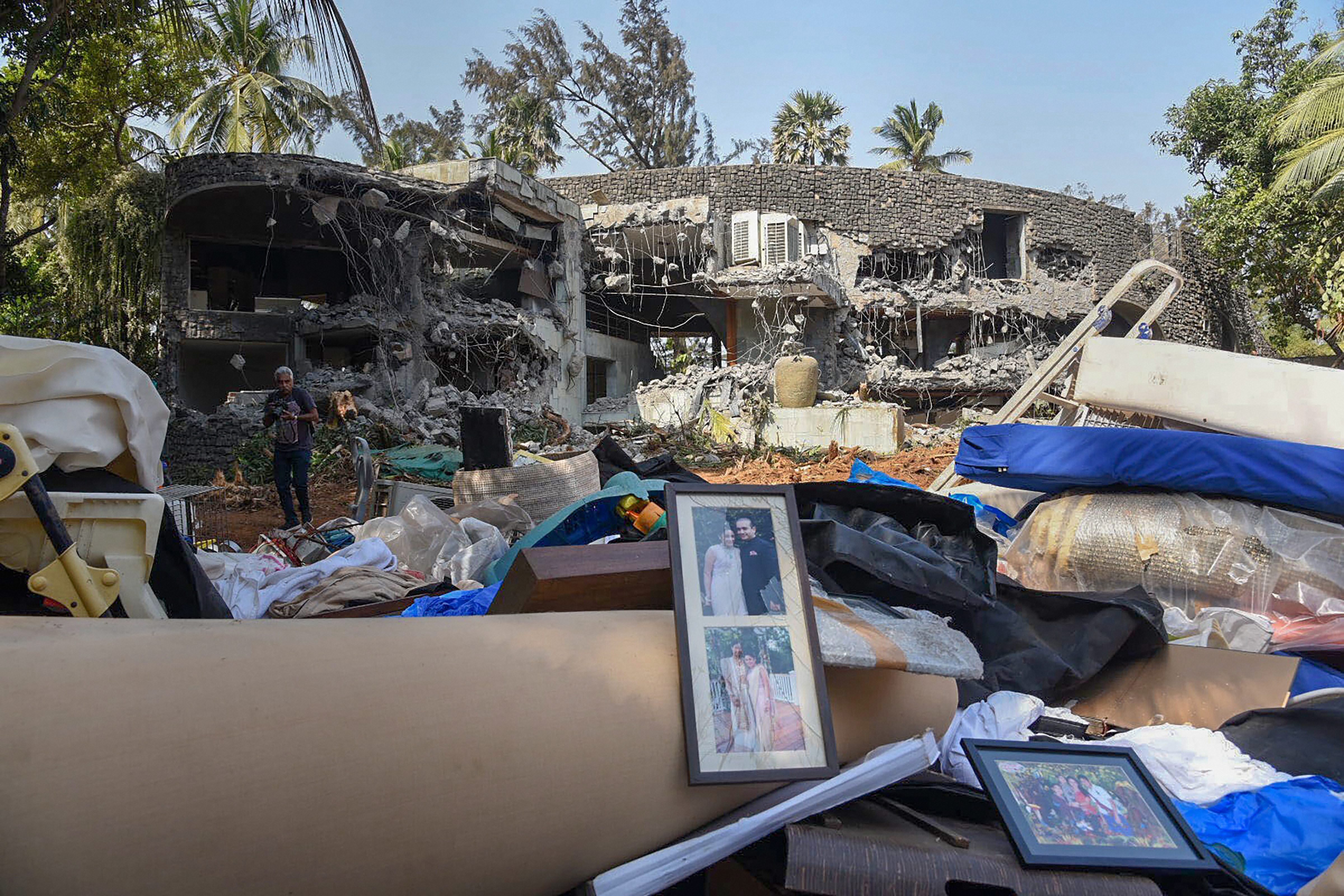 A few seconds was all it took to bring down the 30,000 sq ft seaside mansion of fugitive diamantaire Nirav Modi at Kihim beach in Maharashtra on Friday.

A large amount of dust was seen coming from the structure as it collapsed during the controlled blasts.

The sprawling mansion belonging to Modi, accused in the $2 billion PNB fraud case, was worth around Rs 40 crore, another official said.

Suryawanshi issued the demolition orders after the Enforcement Directorate (ED) handed over the property.

On Tuesday, excavators were used to open up the pillars of the 'Roopanya' bungalow, to make space for fixing the detonators, the senior IAS official said.

Last year, the Maharashtra government had written to the ED, which had sealed the bungalow, seeking a nod to demolish the property.

The fixtures from the bungalow will be up for auction.

Three items — a jacuzzi, a chandelier and a Buddha statue — have been kept aside for handing over to the ED, the official said.

The estimated cost of the jacuzzi is Rs 15 lakh, the chandelier is worth Rs 20 lakh and the Buddha statue’s value may be around Rs 10 lakh, a senior district administration official told PTI.

On January 25, district officials began the demolition work using bulldozers, but found it time-consuming due to the RCC construction.

On January 27, structural engineers from Dr Babasaheb Ambedkar Technical University conducted a survey. The experts suggested that the district officers carry out the demolition with the help of controlled blasting.

Modi's bungalow was attached by the ED following his involvement in the Punjab National Bank fraud case. It was handed over to the collector's office on January 24, after the ED seized two trucks full of valuables from the building.

Nirav Modi's bungalow is the first of four such properties in coastal regulatory zone areas near Alibaug that are to be demolished, an official said.