Next Vice President: EC issues certificate of election to Dhankhar 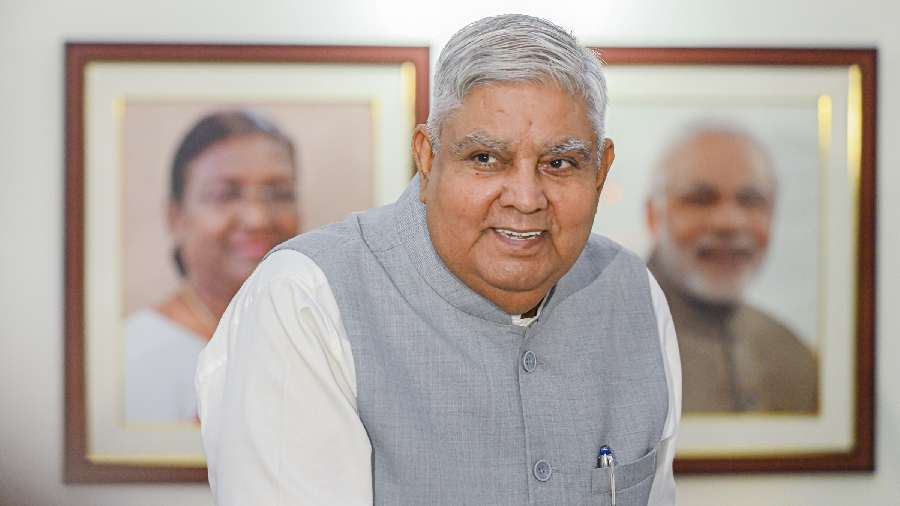 The Election Commission on Sunday issued a certificate announcing the election of NDA candidate Jagdeep Dhankhar as the 14th vice president of India.

A signed copy of the certificate was handed over to the Union Home Secretary by senior Deputy Election Commissioner Dharmendra Sharma and Narendra N Butolia, senior Principal Secretary in the EC, the poll panel said.

The signed copy will be read out at the time of oath taking ceremony of the new vice president on August 11.

The term of incumbent M Venkaiah Naidu ends on August 10.

Dhankhar won with a huge vote share of 74.36 per cent, the highest in the last six vice-presidential elections, with 528 votes against Alva's 182 votes.