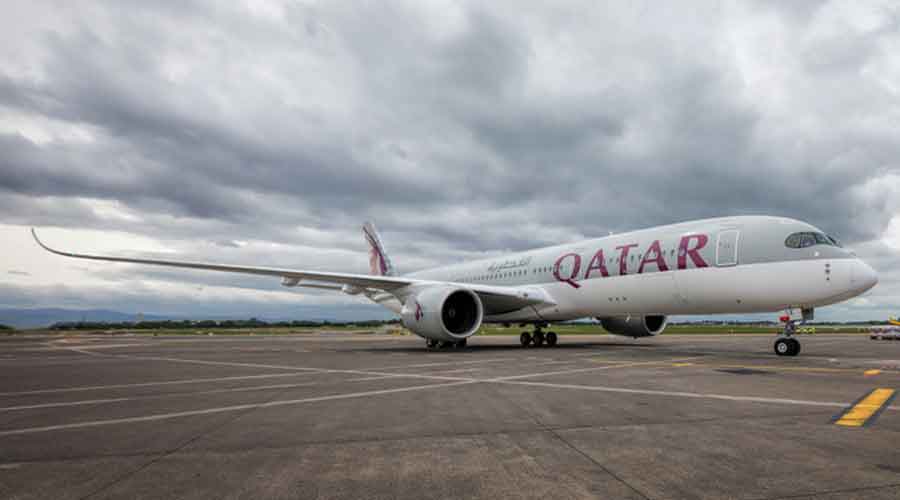 A Qatar Airways flight from New Delhi to Doha made an emergency landing early on Monday in Pakistan’s southern city of Karachi after it developed a technical fault, according to officials.

Within hours, all 283 passengers were flown out to Doha on an alternative aircraft sent by the airline.

Rehman said the Doha-bound flight had taken off from New Delhi at 3.20am and made an emergency landing in Karachi around 5.30am.

“The captain declared an emergency after detection of smoke in the aircraft’s cargo hold,” Rehman said.

He said the aircraft crew and passengers all disembarked and were taken to the airport lounge and provided emergency services at the Jinnah International Airport and left safely on the relief flight.

“The pilot requested to make an emergency landing and the control tower and CAA personnel responded immediately given the nature of the problem,” he said.

As the runway was cleared for emergency landing, a flight from Doha, bound to land in Karachi, had to continue circling overhead for a while. Several other flights, including Air Lanka’s UL-183, flying to Karachi, had to wait before landing because of the emergency situation, officials said.

Earlier, the airline said the Delhi-Doha passenger plane landed safely in Karachi where it was met by emergency services, and passengers disembarked it in an orderly manner using stairs.

The incident is currently under investigation and a relief flight is being arranged to transport passengers onwards to Doha, the airline said in a statement.

“We apologise for the inconvenience to our passengers who will be assisted with their onward travel plans,” it said.

A passenger of this flight, identified as Ramesh Raliya, earlier told Qatar Airways on Twitter to “take note that none of your representatives is here to attend the passengers since 5:30am (now 9am local time) or at least tell them status update — why the flight was landed here and when will be the next flight!”

Dr Sameer Gupta, a relative of another passenger who was on board, said on Twitter that no information or food or water was being offered to the passengers and customer care was clueless.

Qatar Airways said its flight “QR579 from Delhi to Doha on 21 March diverted to Karachi having declared an emergency due to the indication of smoke detected in the cargo hold”.

Around 5.10pm on Monday, the airline stated the passengers of QR579 flight have now departed on a relief flight and will land in Doha at 4.15pm (local time) where they will be assisted with their onward connections.

“Passengers were served breakfast and refreshments throughout their time in Karachi airport,” it added.

“All flight operations at the Jinnah International Airport are now normal. The aircraft which developed a technical problem is now being inspected at the airport,” the CAA spokesman said.