China in mind, 56 vessels to be inducted 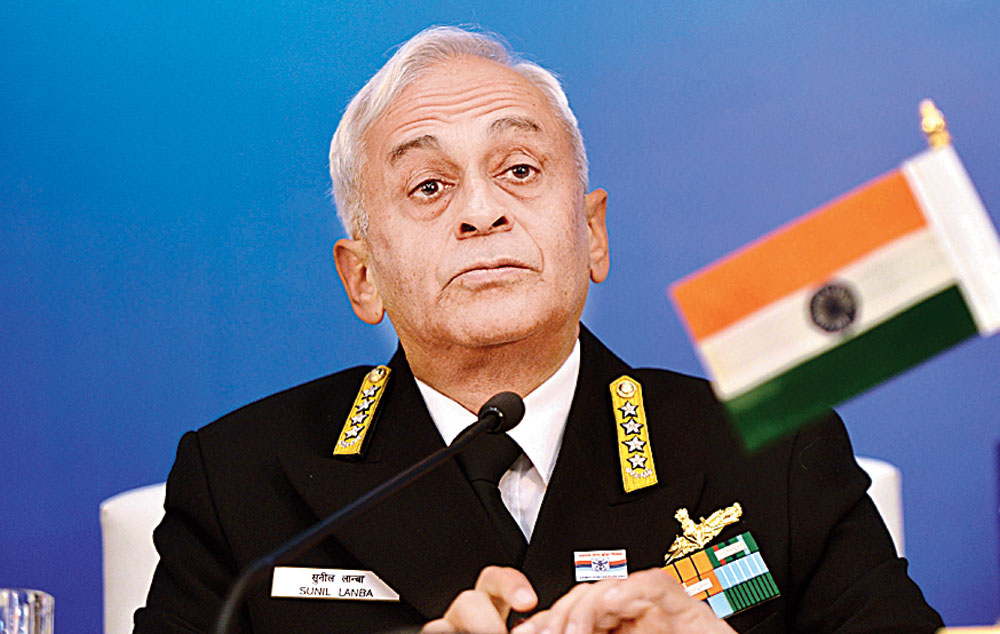 The Centre has permitted the navy to induct 56 new warships and submarines over the next 10 years, a move sources said was aimed at countering China’s growing influence in the Indo-Pacific region.

“The government has given approval to induct 56 ships and submarines. Some of these will replace the existing fleet. Besides, there are 32 warships under construction,” the navy chief, Admiral Sunil Lanba, told a news conference on the eve of Navy Day, which falls on Tuesday.

Sources said the proposed new warships and submarines would allow the navy to protect the sea lanes of communication in the Persian Gulf and monitor Chinese activities in the Bay of Bengal. They added that Chinese naval ships were regularly sailing to the Indian Ocean since 2013.

Lanba said there were six to eight Chinese warships in the Indian Ocean at any time.

“The government has taken the decision with an eye on China, which remains a significant worry. The Chinese navy is taking an assertive stance in the South China Sea and is challenging India’s domination over the Indian Ocean,” a naval officer said on the sidelines of the news conference.

“They may say it is for anti-piracy (efforts) but it’s an odd task to be on anti-piracy patrol (so constantly and in such numbers). We are regularly carrying out threat assessments relating to the People’s Liberation Army submarines.”

The officer acknowledged that India was yet to find any alarming Chinese naval deployments in the Indian Ocean.

Pakistan had earlier this year contracted eight submarines from China.

Lanba supported the idea of having theatre commands --- each of which is a unified command of the three services under a single commander in a particular theatre of operation --- but said a set-up needed to be worked out first.

A committee appointed by the defence ministry had last year recommended the formation of three theatre commands --- for the eastern, northern and southern territories --- instead of the 19 army, navy and air force commands that now exist.

There has been a long debate over such an arrangement but the air force and the navy are believed to have objected, saying it would lead to “operational chaos”.

Lanba said the process of installing transponders on the 2.2 lakh fishing boats in the country had started. The measure was planned after the 26/11 Mumbai terror attacks to strengthen coastal security.

“A pilot project to fit automated identification system (AIS) transponders on fishing boats was successful. It will now be implemented across India,” he said.

“There are 2.2 lakh fishing boats that do not have AIS transponders. I agree it has taken 10 years (to start the installations) but soon we will have these transponders on all fishing boats.”

Navy Day is observed every year on December 4 to mark the ship-launched attack on Karachi during the 1971 India-Pakistan war.