While some of the politicians belonging to the party have been summoned for questioning, others have been given notices to explain certain payments made to Young Indian 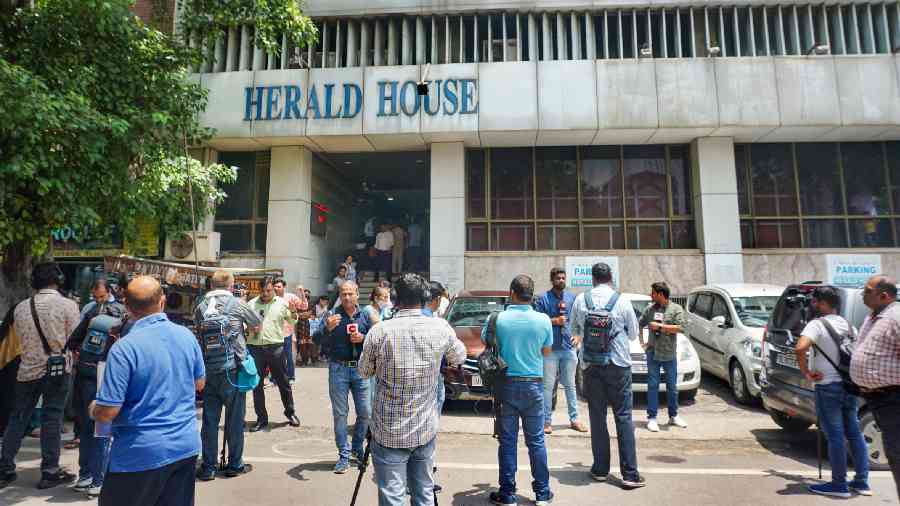 The Enforcement Directorate has issued notices to some Congress leaders from Telangana and Andhra Pradesh in connection with its ongoing money laundering investigation into the operations of the Congress party-owned National Herald newspaper, officials said Friday.

While some of the politicians belonging to the party have been summoned for questioning here over the next few weeks, others have been given notices to explain certain payments made to Young Indian, the company that owns the news outlet.

Officials said four leaders have been issued the notices.

Earlier this week, Karnataka Congress President D K Shivakumar had told reporters after finishing his questioning session with the ED in Delhi that he was questioned about certain transactions made by him to this company in the past.

"Surprisingly, they (ED officials) have asked me about the payment from one of my trust, from me and my brother, to Young Indian," he told reporters on September 19.

Shivakumar said he had sought more time from the agency to furnish details about his assets and liabilities.

Congress President Sonia Gandhi and her son and MP Rahul Gandhi, apart from some other Congress leaders, have been questioned by the ED over the last few months in the National Herald money laundering case.

The National Herald newspaper is published by Associated Journals Ltd and the ED had in August searched the Young Indian office located at ITO in Delhi as part of this probe.