Narendra Modi to contest from Varanasi, Amit Shah from Gandhinagar

Smriti Irani to contest from Amethi 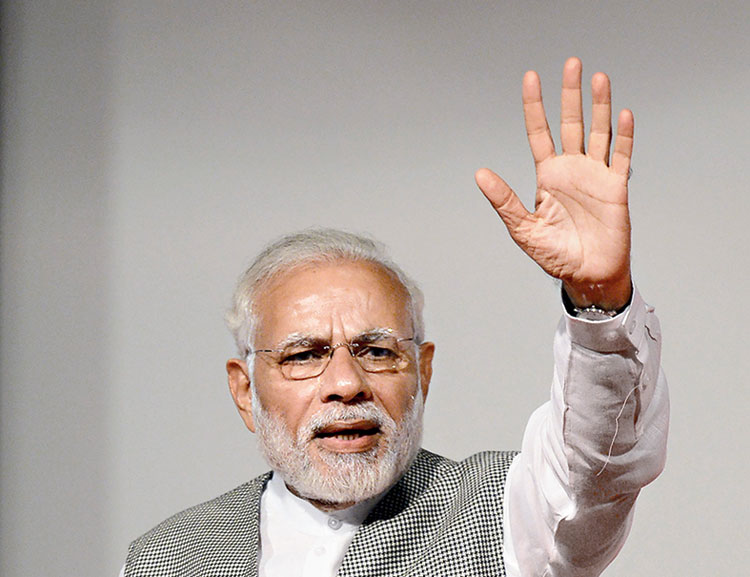 Prime Minister Narendra Modi will seek re-election from Varanasi and party president Amit Shah will contest from Gandhinagar, the BJP announced on Thursday. This will be Shah’s first Lok Sabha election.

In 2014, L.K. Advani had won the Gandhinagar seat for the BJP. After the 2014 win, Advani was sent to a newly created Margdarshak Mandal, along with Murli Manohar Joshi and Atal Bihari Vajpayee.

Shah contesting from Gandhinagar more or less makes it certain that Advani will not contest this time.

Minister Smriti Irani will contest from Amethi, a seat from where she had fought last time too and lost to Rahul Gandhi, who is now the Congress chief.

The BJP's first list of seats spanning several states was released this evening by party leader J.P. Nadda. The first list had 182 candidates.

Each candidacy was decided by the BJP’s Central Election Committee meeting held on March 16, 19 and 20.

Former army chief and now minister of state for external affairs V.K. Singh will fight from Ghaziabad and Hema Malini will seek reelection from Mathura.

Union culture minister Mahesh Sharma will recontest from Gautam Buddha Nagar in Uttar Pradesh and tourism minister K.J. Alphons has been named for the Erankulam seat in Kerala.

Minister of state Babul Supriyo will stick to Asansol, his current constituency in West Bengal,  and Kiren Rijiju will try and win back Arunachal West.

Pritam Munde, the daughter of the late Gopinath Munde, will contest again from Beed in Maharashtra. She won the by-election for Beed in 2014 after her father died in a road accident in Delhi. Sister Pankaja Munde is a minister in the Maharashtra government.

About the seats in Bihar, Nadda said: “All 17 seats of Bihar have been cleared by the BJP CEC. We have sent the names to the state election committee but NDA as a group will release the Bihar seats of BJP.”