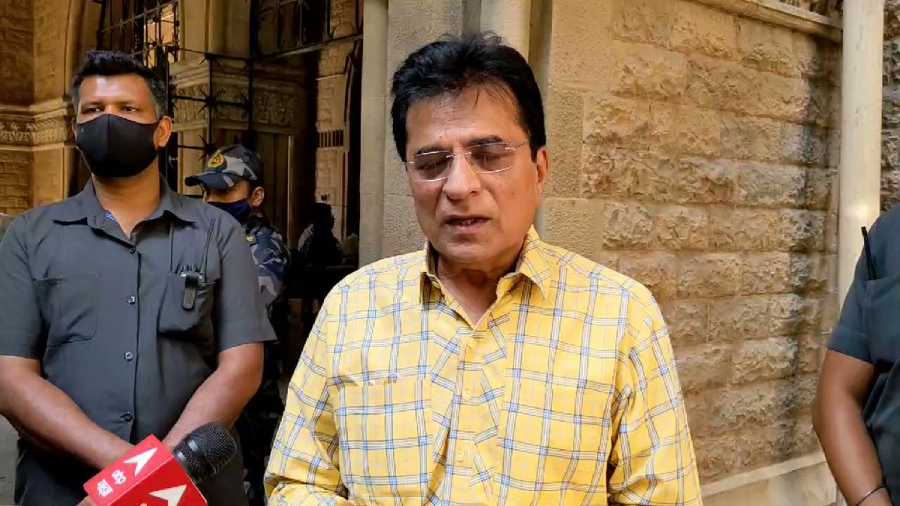 Mumbai Police Commissioner Sanjay Pandey has written a letter to the Central Industrial Security Force's Director General to look into the role of the CISF personnel who were accompanying BJP leader Kirit Somaiya when the latter's SUV was allegedly attacked outside a police station here last week, an official said on Thursday.

In the letter written on Tuesday, Pandey asked the CISF's director general what their personnel were doing when the alleged incident took place, the official said.

Somaiya had gone to the Khar police station on Saturday evening to meet arrested independent MP Navneet Rana and her husband MLA Ravi Rana when some Shiv Sena supporters allegedly hurling water bottles and footwear on the BJP leader's car.

The BJP leader had later tweeted that he was injured in the attack by "Shiv Sena goons" and was going to the Bandra police station to file a complaint.

Based on Somaiya's complaint, the police had registered an FIR and later arrested former Mumbai mayor Vishwananth Mahadeshwar and three other Shiv Sena members for allegedly vandalising the BJP leader's car.

A delegation led by Somaiya had later met officials of the Union home ministry in connection with the incident.

Kirit Somaiya on Tuesday also claimed that a fake FIR was filed in his name at Khar police station in Mumbai which he had not even signed, days after his car was vandalised while he was returning from the police station after meeting arrested independent MP Navneet Rana and her MLA husband Ravi Rana.

Talking to reporters outside the Khar police station, Somaiya claimed some "goons" had been sent by Maharashtra Chief Minister Uddhav Thackeray to attack him.

"They should face strict action. It will happen for sure, the BJP leader said before entering the police station.

The Mumbai police filed a fake FIR in my name, it is not signed by me. Is Mumbai Police Commissioner Sanjay Pandey unaware of such legality? I came here to file an actual FIR against the fake FIR filed by the police, he said.

Khar Police Station registered My Complaint against Police Officials, who registered a FAKE FIR in My Name of Khar Assault/Incident

The Mumbai police late Saturday night registered an FIR against Somaiya's driver for allegedly driving in rash and negligent manner, due to which a Shiv Sena corporator and a party worker suffered minor injuries, an official earlier said.