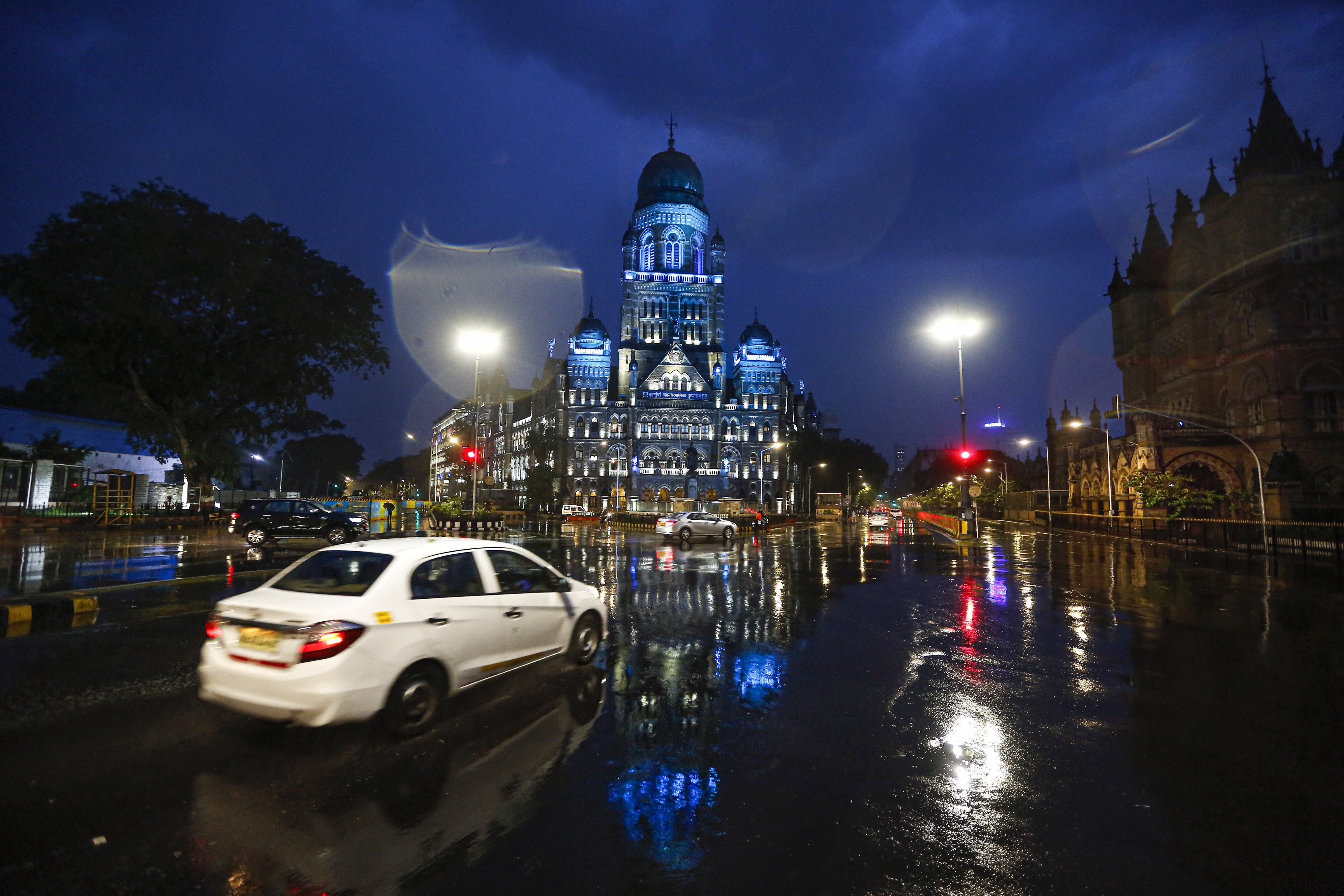 In another tweet, he said Mumbai city received moderate rainfall of 20 mm to 40 mm, while there was light rainfall in other parts of the megapolis during the past 12 hours.

He reiterated heavy rainfall warnings for Mumbai and neighbouring districts like Thane, Raigad and Palghar.

'Today on 3 Jun heavy rainfall warnings for Mumbai, Thane, Raigad and Palghar are already issued in view of cyclone. High winds, very rough sea,' he said on the micro-blogging site.

In an earlier tweet, the official said that at 2:30 am on Wednesday, the cyclonic storm hovered over Arabian Sea about 280 km west-northwest of Panjim (Goa), 250 km south- southwest of Mumbai and 200 km south-southwest of Alibaug.

He said it is very likely to intensify into a severe cyclonic storm during next few hours.

Bracing for the impact of what is being billed as the most severe cyclone to hit Mumbai, the Central Railway (CR) rescheduled special trains and many airlines also cancelled their Mumbai operations.

The CR has rescheduled, diverted and regulated some trains on Wednesday, an official said. These include five special trains departing from Mumbai. Three special trains will be either divetred or regulated enroute, he added.

With the cyclone set to make landfall on Wednesday, Maharashtra and Gujarat activated their disaster response mechanism, deploying NDRF teams and evacuating people from areas likely to be hit.

As a precautionary measure, the NDRF has evacuated around 1500 people staying in a shelter at Thal near Alibaug, an official said. The teams also evacuated people from Uttan and Mira Bhayandar, he added.

The teams conducted a recce of Palghar and Raigad coast early on Wednesday, the official said.

Maharashtra and Gujarat, already battling a raging pandemic, which has put their health infrastructure under severe strain, have opened new fronts to tackle the fallout of the cyclone.

Prime Minister Narendra Modi spoke to their chief ministers on Tuesdsy and assured them all possible help from the Centre.

Ten teams of the National Disaster Response Force (NDRF) have been deployed in parts of Maharashtra for rescue operations in view of the cyclonic storm, chief minister Uddhav Thackeray said.

An alert has been issued for Mumbai city and suburbs, Thane, Palghar, Raigad, Ratnagiri and Sindhudurg districts.

Town planning authority MMRDA said nearly 150 patients at its Covid facility in Bandra Kurla Complex (BKC) in Mumbai were shifted as a precaution ahead of the cyclone.

The Navy has has kept five flood teams and three diving teams on stand-by in Mumbai, the official said.

These teams, trained and equipped for rescue operations, are stationed at various naval areas across Mumbai and can provide early response over a larger area, he said.

'We have evacuated more than 3,500 people from koliwadas (fishermen colonies) and temporary houses to safer structures like schools, community halls and government buildings,' superintendent of police Raigad, Anil Paraskar said.

Mumbai hasnt 'experienced a serious cyclone landfall since 1891', according to Adam Sobel, professor of atmospheric science at Columbia University.