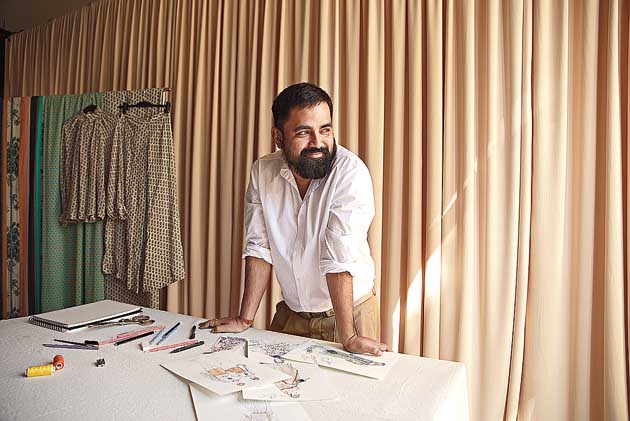 Madhya Pradesh home minister and BJP leader Narottam Mishra on Sunday issued a 24-hour ultimatum to fashion and jewellery designer Sabyasachi Mukherjee to withdraw an advertisement with an “objectionable and obscene” portrayal of the mangalsutra or face legal action.

The mangalsutra ad shows a woman wearing a low neckline dress and posing solo and in an intimate position with a man. After Sabyasachi shared the pictures, it created a controversy with some social media users terming it against Hindu culture and obscene.

Mishra said: “I have warned earlier about such advertisements. I am personally warning designer Sabyasachi Mukherjee, giving him a 24-hour ultimatum. If this objectionable and obscene advertisement is not withdrawn, a case will be registered against him and legal action taken. Police will be sent for action.”

Last week, Dabur had withdrawn its Fem cream bleach ad, which showed a same-sex couple celebrating Karva Chauth and watching each other through a sieve, after Mishra termed it objectionable and threatened legal action.