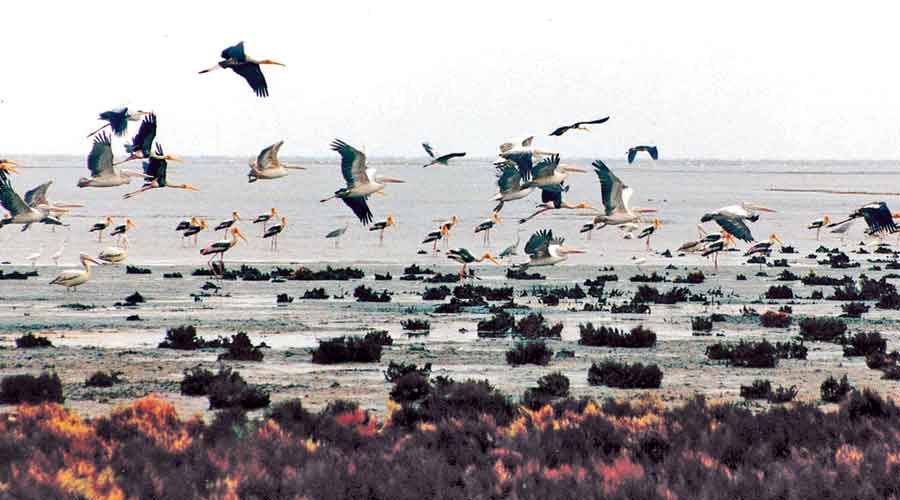 The Chilika lake, India’a first Ramsar site (wetlands of international importance) and Unesco world heritage site, continues to be the favourite haunt of migratory birds because of easy availability of food during the winter.

The fact came to light during the bird census held in the lake on Tuesday with the active support and participation of the Bombay Natural History Society (BNHS).

Though the final results of the count are yet to be officially declared, highly placed sources said that the number of birds in the lake this time would exceed the figure of 11 lakh last year.

“The number is likely to be increased as the weather is favourable and there is natural availability of food for birds. It would cross 12 lakh this year. The compilation work is on,” said chief executive of Chilika Development Authority (CDA), Sushant Nanda.

Sources maintained that as the number of visitors to the lake has gone down drastically due to the various restrictions imposed because of the corona pandemic and there is almost complete ban on movement of boats, it ensures least possible human intervention and provides a perfect atmosphere for the birds to come to the lake. The migrant birds are coming to the lake from Siberia, Mongolia, China and greater Himalayas. They start their return journey with the onset of summer.

As soon as the dawn descends more than 120 people divided into 21 teams move to different parts of the lake spread over 1100sqkm covering three districts of Odisha — Khurda, Ganjam and Puri — for the counting of birds. More than 184 different species of migratory birds come to the lake every year.

“All the teams have been provided with walkie talkies, DHF sets, GPS system, binocular and high resolution cameras to count birds. As there is a perfect coordination among the team members, there is least chance of error,” said Nanda.

Nanda said, “The birds come here to eat phytoplants, plans and fishes which are plentifully available. More than 375 species of fish are available in the lake.” 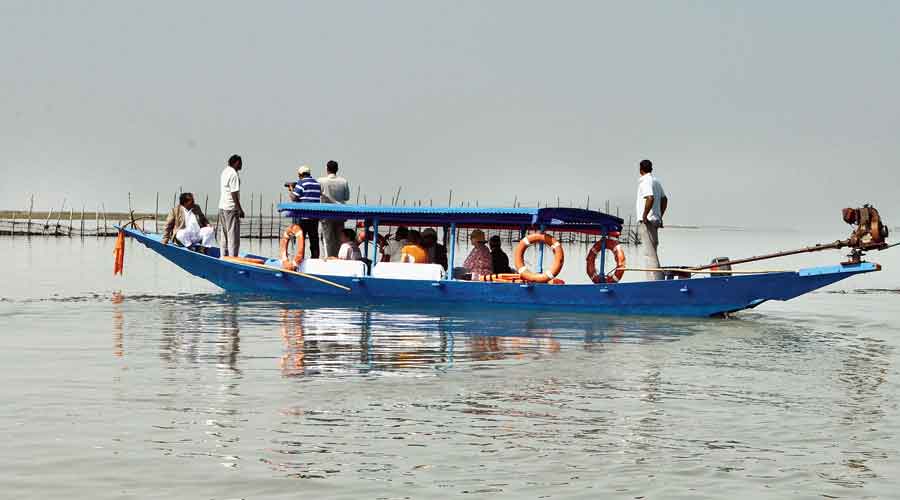 The authority generally adopts two methods for the counting of birds. “One is simple counting and another is block method. The experts with country made boats go near the site of the birds. Sometimes they count the birds number wise and category wise. If there is a huge number of birds at a single point and it is not possible to count one by one they use binoculars to create a block. With this the experts succeed in counting the number. Later using the computer technology, the team arrived on the exact number of birds to arrive at the lake,” said officials.

Officials also said that swell in the number of geese birds visiting the lake can be attributed to the availability of open spaces after the eviction of illegal prawn gherries by the Chilika Development Authority.

“The evicted areas from the net gharries to the tune of 162 sqkm is not reconstructed and remain free. These areas have become the new place of congregation for the birds and the dolphin population. Areas like Gurubai and Parikuda etc have become Important Bird Areas (IBA) with presence of large numbers of migratory ducks and geese,” said Nanda.

“Nalabana water bird sanctuary notified during 1987, spread over 15.53 sqkm has one of the largest congregations of birds inside the lake. Another famous bird spot in the lake is Mangalajodi in the lake. We have to wait till the final compilation of reports on the exact number of birds in the lake.”