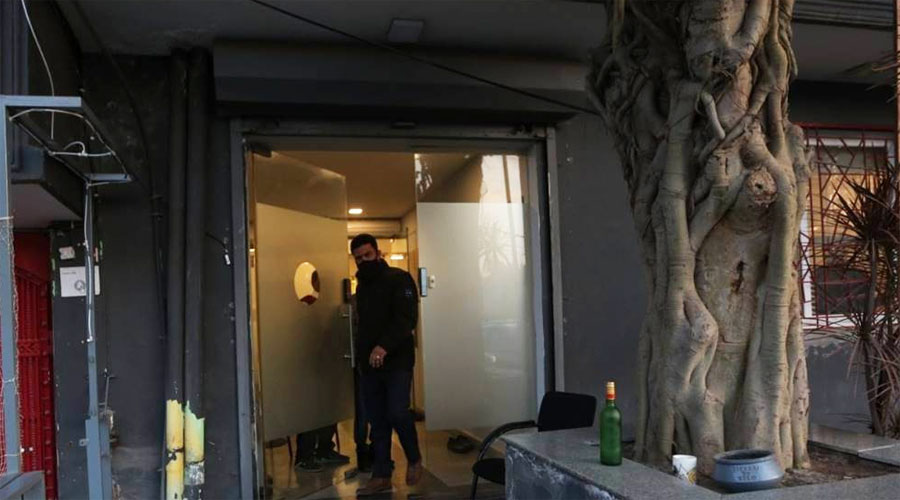 News website NewsClick on Friday described as “misleading and malicious” media reports that alleged money-laundering on its part.

The ED is yet to respond to queries from this newspaper but a former chief commissioner of income tax, who was also chief election commissioner, said it was rare for anyone to be detained so long.

Asked about precedents of long raids by the Union finance ministry’s agencies, T.S. Krishnamurthy told The Telegraph: “Among the very long raids was that on the Jaipur Royal family…. I do not know the facts of this (NewsClick) case but we normally don’t have the power to detain people for so long.”

Purkayastha suffers from hypertension, diabetes and asthma. Hariharan, 67, has a heart ailment. They have not tested their health parameters since the raid began.
A source who has witnessed the raid at their home said both have been experiencing insomnia, and Purkayastha is showing signs of severe fatigue.

The ED has raided seven other locations linked to NewsClick, a news website known for its coverage of the farmers’ movement and investigative reports on big business. After the raid on his home ends, Purkayastha is expected to be summoned to the ED office to have his statement recorded.

In 1975, tax officials had raided Jaipur’s palaces and forts for a fortnight and reported finding more than 800kg of undeclared gold after days of search with a metal detector.

In 2013, Patna High Court had ruled that subjecting a person to a continuous income-tax raid for 36 hours amounted to violation of human rights. Such long “searches” have, however, continued.

The ED is yet to reveal what information it has recovered so far from the mobiles, laptops, email caches and bank documents of several NewsClick shareholders and employees that sources said it had seized.A newspaper on Friday quoted unnamed ED sources who claimed that NewsClick had received Rs 30.51 crore from foreign companies to publish news on its sister concern, Peoples Dispatch, an international news site run in collaboration with several global news outlets. This, even if true, is not in itself illegal.

The ED is mandated with enforcing the Foreign Exchange Management Act, 1999, and the Prevention of Money Laundering Act, 2002.

NewsClick said in a statement: “Communication devices of directors and senior management have also been seized, which has, therefore, limited their ability to return to work or indeed, respond to queries of the media. Despite this harassment, NewsClick has cooperated fully with the authorities, and will continue to do so.

“We are, however, disturbed to note reports in various media outlets based on information allegedly provided by senior officials of the Enforcement Directorate. The selective leak of misleading facts is nothing but a malicious attempt to smear the image of Newsclick and discredit our journalism.”

Sources told this newspaper that in addition to questionnaires on financial transactions, tangential queries had been made on the proximity of NewsClick employees to the CPM, the farmers’ agitation and the influence of Gautam Navlakha, who had been associated with NewsClick as a contributor and as one of its initial shareholders.

Rights activist Navlakha is in a Navi Mumbai prison facing trial in connection with the alleged Elgar Parishad Maoist plot. Co-accused Rona Wilson has submitted a data forensics report by an American firm that says key purported evidence in the case was planted on his computer through Internet malware. Purkayastha, a CPM member, was jailed during the Emergency.